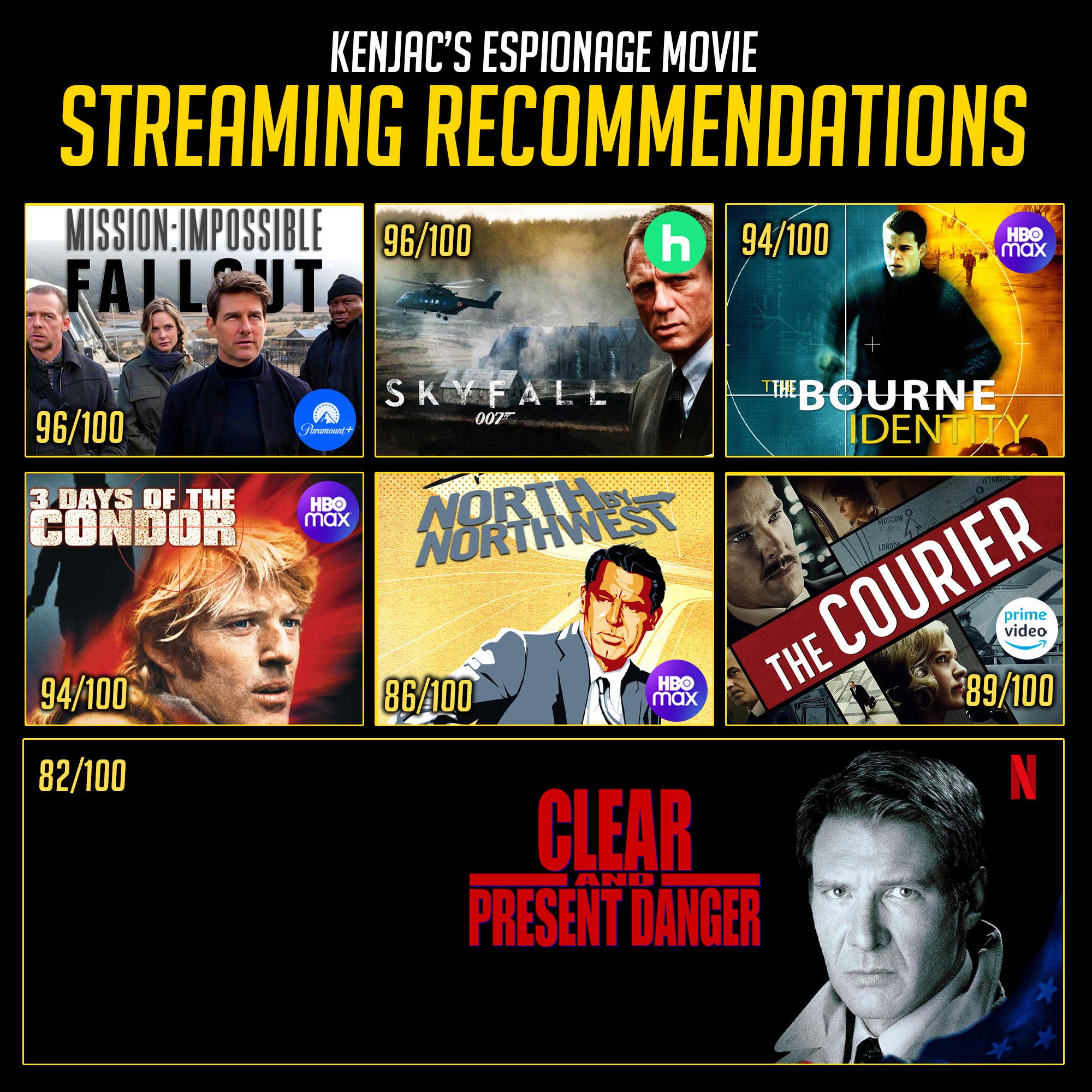 Reminder to use MOVIERANKINGS.NET to find out what to stream and where to stream it.

1. Mission: Impossible - Fallout(Paramount+, FX Now) - 96/100: This is one of the greatest action movies ever made in addition to being in the best entry in either the 1A or 1B greatest espionage franchise ever. Cruise had already raised the bar with that crazy takeoff stunt from Rogue Nation, but he blew that bar through the roof with the stuff he did in Fallout. 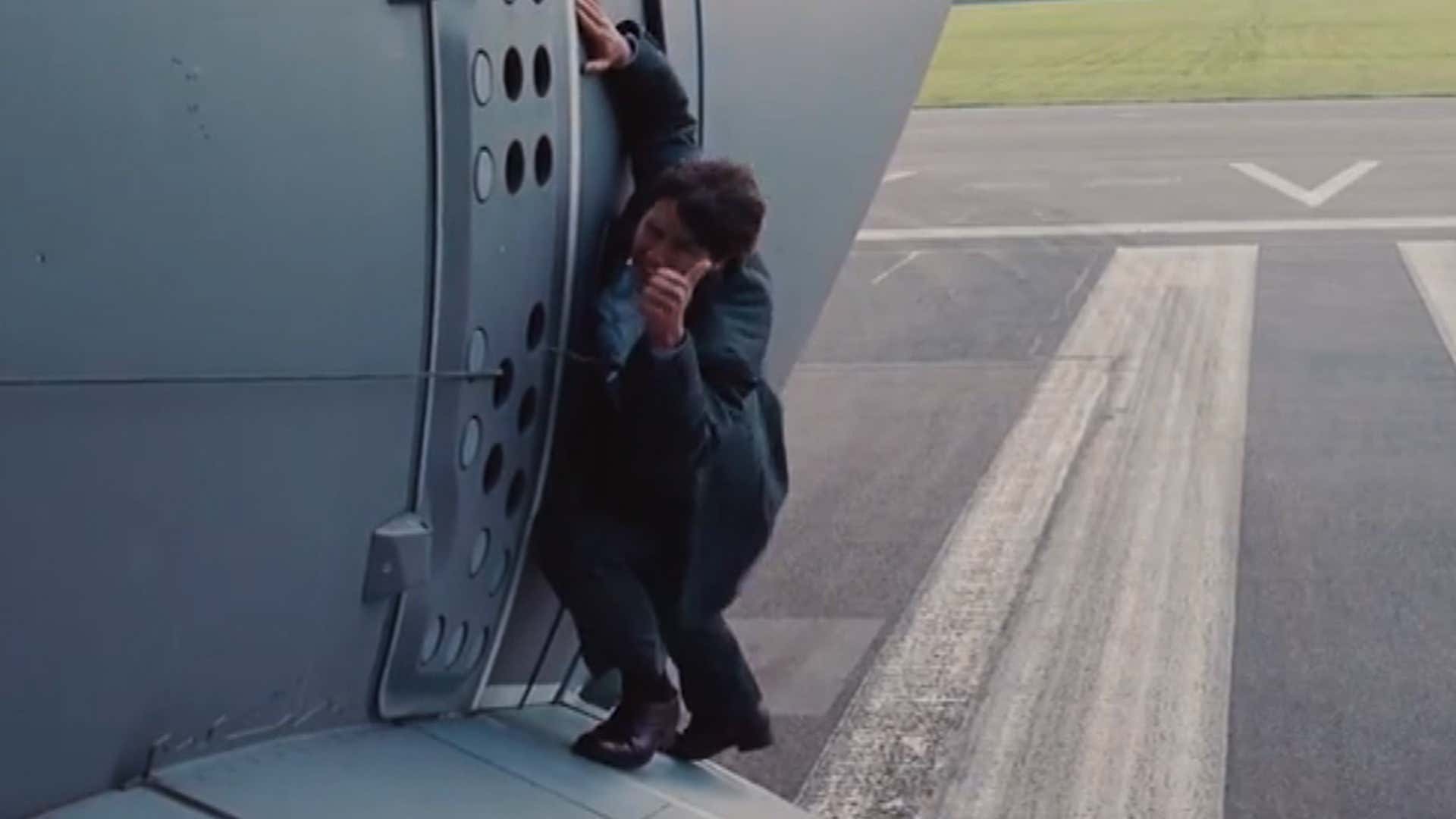 2. Skyfall(Hulu) - 96/100: This is the 1A or 1B to counter MI. Skyfall is the best of the Bond movies in my opinion. Outstanding action, beautiful camerawork from the GOAT cinematographer Roger "Freaky" Deakins/

3. The Bourne Identity(HBO Max) - 94/100: Shaky cam may have one out of style, but never forget the movie that pioneered it. I still get freaked out by the scene where that one assassin pulls the pen out of his hand.

4. Three Days of the Condor(HBO Max) - 94/100: This is an oldie and a real goodie. Here is the synopsis for those of you that may not have seen it.

On a seemingly ordinary day, Joe Turner (Robert Redford), a quiet CIA codebreaker, walks into his workplace and finds that all of his coworkers have been murdered. Horrified, Joe flees the scene and tries to tell his supervisors about the tragedy. Unfortunately, he soon learns that CIA higher-ups were involved in the murders. With no one to trust, and a merciless hit man (Max von Sydow) close on his tail, Joe must somehow survive long enough to figure out why his own agency wants him dead.

Robert Redford and Faye Dunaway are insanely good, and I highly recommend checking it out.

5. North By Northwest(HBO Max) - 86/100: Another oldie, and this movie helped define the espionage genre. Beyond that, it's usually in old movie guys "best movie ever" tier. It's Hitchcock and he isn't for everyone, but this movie rocks no matter what your feelings on him are.

6. The Courier(Prime Video) - 89/100: This is a newer Benedict Cumberbatch movie that flew under the radar. It's about a real-life businessman that works as a pseudo spy during the cold war. Cool suspense, good acting and a story that I had never heard of before.

7. Clear and Present Danger(Netflix) - 82/100: I'm a sucker for almost anything Tom Clancy to be honest.