Dana Nessel probably wasn't unlike many other Michigan fans a couple weeks ago when the then-No. 6 Wolverines blew a 16-point lead in the second half in what ended up being their 10th loss to Michigan State in the last 14 meetings: drunk. But for some reason, enough Michiganders were upset by the incident to the point that it became a story.

Nessel finally copped to the incident Wednesday on Facebook and explained what went wrong. 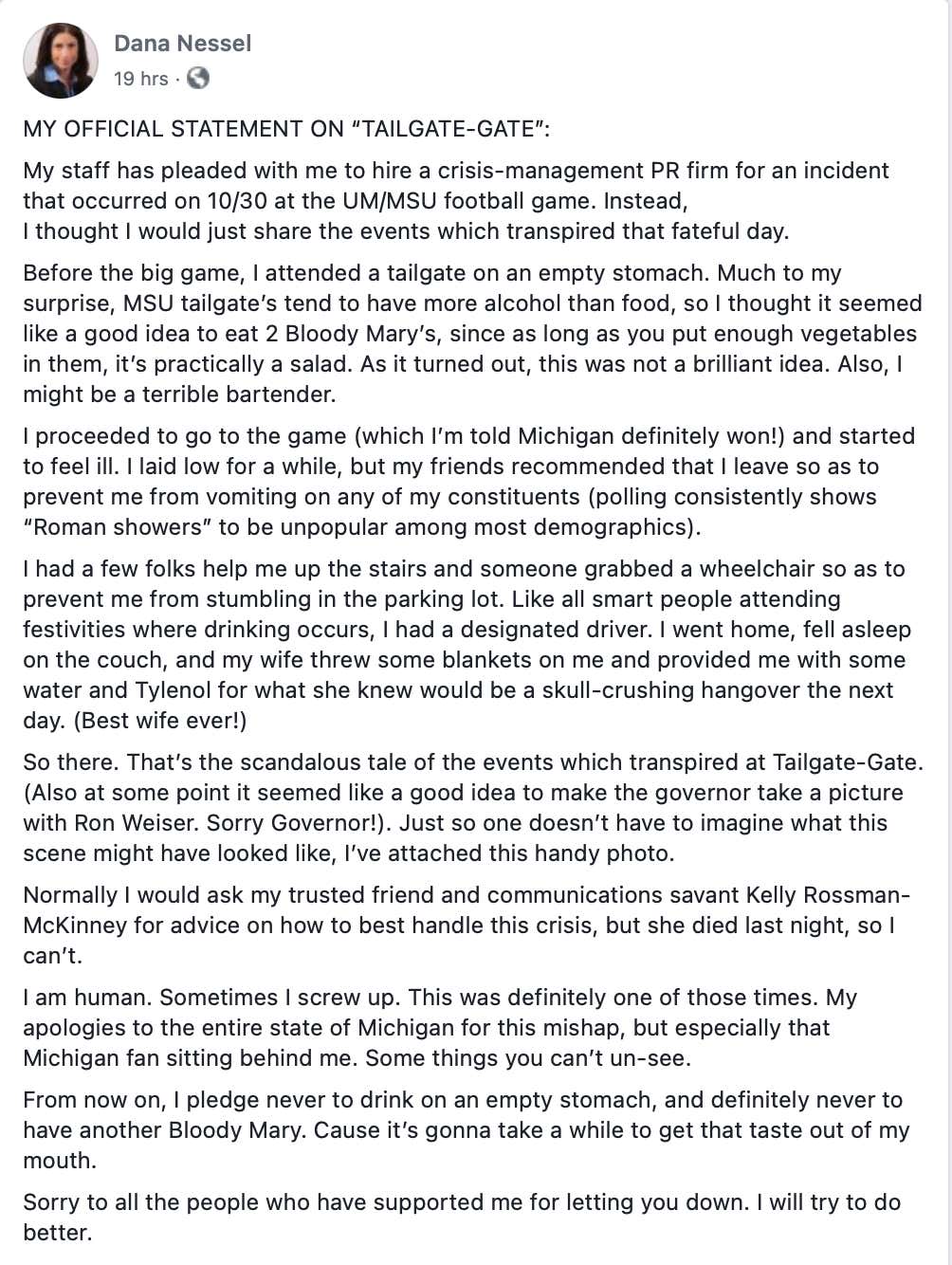 Look, let he among us who has not gotten plastered at a college football game cast the first stone. Isn't one of the main complaints people have about politicians that they aren't relatable? Maybe this wouldn't be the best look for an AG if she was going back to campus every weekend and shotgunning beers in the backyard of a frat house, but she got a little hammered at one football game. So what?

I'll go so far as to be on the record that I don't mind my attorney general getting a little tipsy at a college football game every once in a while. More politicians should spend time doing normal activities with the people they represent.

A lot of people in Michigan should be far more concerned with the fact that a UM team with legitimate College Football Playoff aspirations let Kenneth Walker run through its defense like shit through a tinhorn than the state attorney general getting a little drunk.