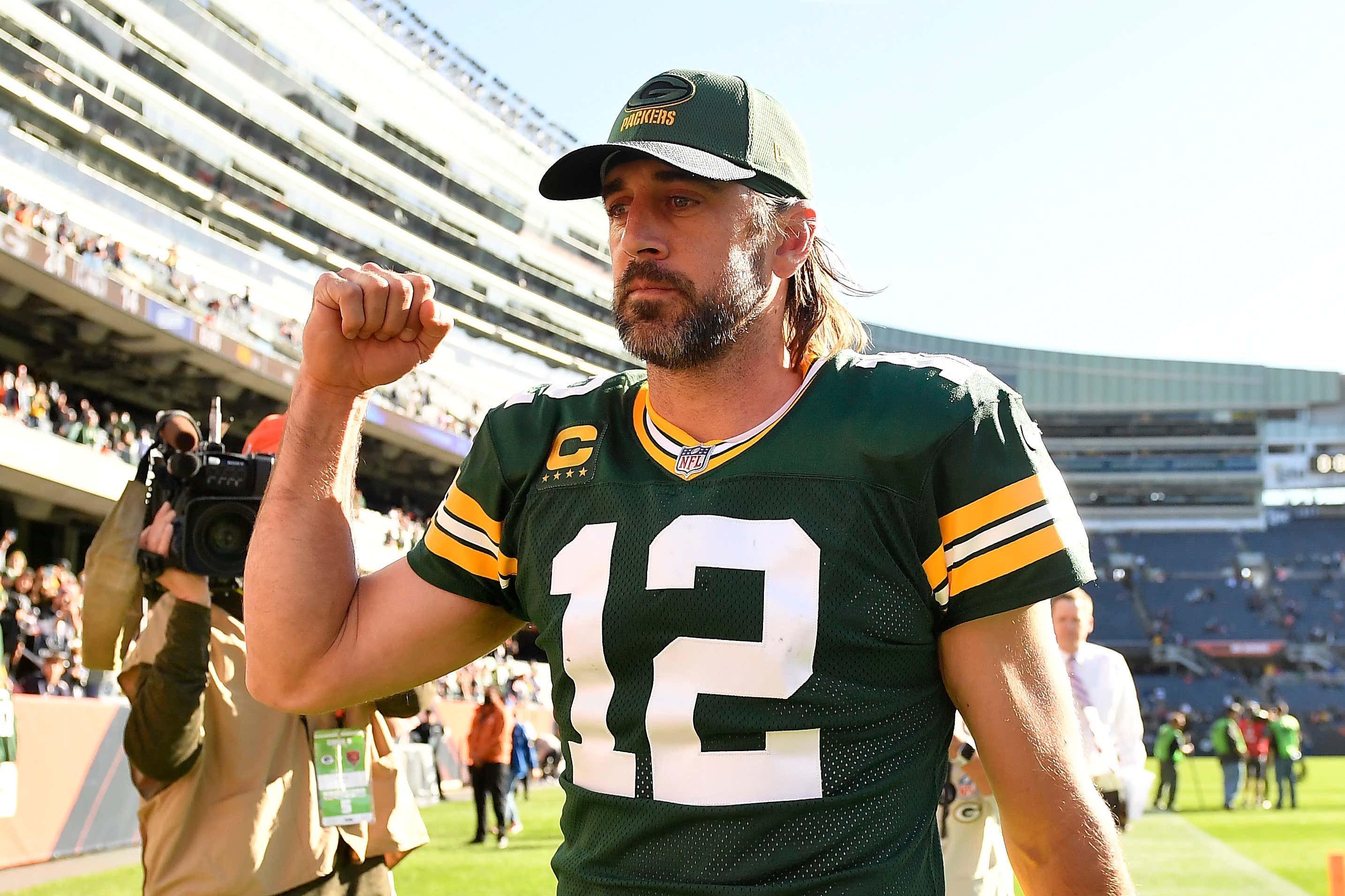 Let me repeat, because you've had the common decency to click on this blog and deserve to have your faith in the headline rewarded. This is not about Aaron Rodgers decision to skip getting vaccinated and go with homeopathic remedies instead.  I'm not here to jab-shame him. I'll die on the hill of reminding people Tom Brady is the superior quarterback, but Rodgers is great too and did a ton to support the Barstool Fund, but more importantly he's a grownass man, free to seek his own council on how he treats his health.

Nor is this an argument for or against getting the shots. I got mine. You don't want to get yours, then go follow your bliss. Not my business. I've heard it say that we as a species have a need to scapegoat others on an anthropological level. It's a way for the group to absolve themselves of wrongdoing by putting all their troubles on an individual. Which is how we get ritual sacrifice, the Salem Witch Trials, and 90% of Twitter. And some of the reaction to Rodgers' decision sounds like more of the same. I've said before and I'll say again, the question about the vaccine-reluctant isn't, "What's wrong with these idiots???" It should be "Why don't they trust the institutions that are telling them to get the shots?" And my answer is, "Because they've proven so often not to be trustworthy." Rodgers made the adult decision that he'd rather go through all the hassle of being on Roger Goodell's Naughty List, with all that that involves. Mandatory masks. Regular testing. Extra time away from the team if you turn up positive. He made his choice and has been prepared to live with the consequences.

The issue here is how the NFL has handled it. Spoiler alert: They've handled it like they are giant, profit-hungry, money-making conglomerate that is not about to let a little thing like one of their most bankable stars of all time breaking their own protocols force them to actually do anything about it. Mike Florio, who has been as tough on Rodgers as anyone (except for maybe Howard Stern), said it best:

Source -  With roughly two blatant COVID protocol violations per week, which happened when unvaccinated Packers quarterback Aaron Rodgers showed up for indoor press conferences without a mask, the league knew or should have known that the rules were being broken — and the league ultimately did nothing about it.

The question then becomes what other violations did the league’s ignore and/or fail to properly investigate or discipline?

This isn’t a shot in the dark. There’s reason to believe that the league didn’t investigate Rodgers for violating COVID protocols as aggressively as it investigated, for example, Tom Brady for allegedly deflating footballs. (Brady’s violation did not contribute to a public-health crisis.) Indeed, when the Patriots are suspected of breaking the rules, an army of business suits descend on New England in an aggressive search for immediate answers, typically under the assumption that the rules were broken and that it’s just a matter of finding the evidence to prove it.

Then after explaining that the NFL said it reviewed Packers security video and found "a few isolated instances" Florio suggests the Green Bay has months of such footage and asks why the league hasn't reviewed all of it. Then goes on to point out that the rules for un-vaxxed players say they can't go out to indoor bars with more than 10 people present and masks are required. But Rodgers went to a big Halloween party in violation of the protocols:

Did the league explore whether there were other incidents where an unvaccinated Rodgers was out and about under specific circumstances that violate the rules listed above?

There’s reason to think that the Halloween party wasn’t an aberration. Via Kalyn Kahler of Defector.com, Rodgers went on October 15 to a Green Bay axe-throwing bar, with at least three teammates present. That’s another obvious, and unpunished, violation.

How many more visits to bars or clubs or parties were there, and what did NFL general counsel Jeff Pash and his minions do, or not do, to determine whether other violations occurred?

I say again (Rule of Three), this is not about Rodgers or the efficacy of masks and shots. I'm just a handsome intellectual, not someone who listened to a podcast and decided that makes me an expert virologist. This is all about Roger Goodell and what his Covid Secret Police did to look into the violations, that were so blatant for so long. And how he so blatantly applies one standard to the reigning league MVP who draws huge TV ratings and sells mountains of merchandise, and an entirely different one to just your above average player.

Bear in mind that just a couple of months ago, Big Ginger was Watching up in Buffalo:

But everyone on Park Avenue managed to look the other way all season when one of their face-of-the-league marketing machines was making up his own rules, month after month. It was only when Rodgers came down with the cooties that Der Kommisar was forced to act.

As Florio mentioned, when the issue was about the psi in some footballs on a cold and damp night, he wasted no time deploying his crack platoon of Storm Troopers into Foxboro to uncover any evidence of wrongdoing. And when they didn't find it, ordered them to make something up. For Isaiah McKenzie, they monitor all the internal security cams in Buffalo and send him a violation email within minutes. In Rodgers' case? They ignore everything going on in Green Bay for months, throw salt over their shoulders and make a wish that one of their most high profile players ever doesn't come down with the bug. This is exactly what Judge Berman was talking about in Brady's appeal when he said Goodell "dispenses his own brand of industrial justice." All these years later, he's still doing it.