Let me introduce you to Josh Anderson. He's arguably the best dunker in college basketball. He's done things like this before.

And now in the first game of the year someone dared challenge him at the rim. It didn't end well. In fact you can see Alabama State's bench react. 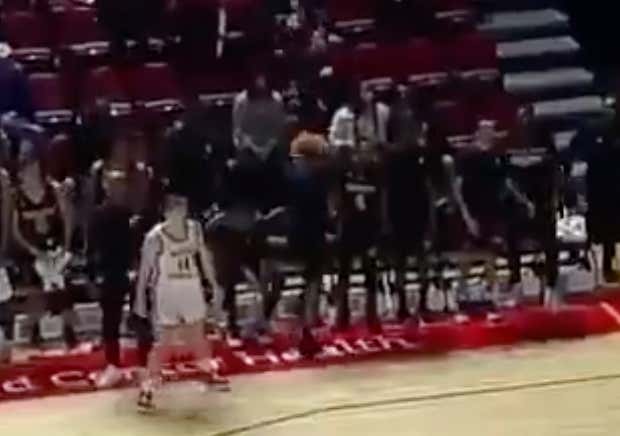 You had guys turning around. You had guys whispering on the bench. I mean credit where credit's due. It was a filthy dunk. The best part is you can see it coming. He catches the outlet pass. You can see the two basically lock eyes like it's going to happen. If I'm the man who ended up on the floor I'm yelling at my teammate. Pick up the foul and stop transition. Stop asking me to jump with Josh Anderson. Now I'm going to have it on Twitter. Take one for the team one time.

Then again, WKU should NOT be losing to Alabama State, which they currently are with 9 minutes to go.