I obviously don't know who this woman is or what she stands for, but after watching that video I'm comfortable enough to say that I wish her the worst. I hope her entire life from here on out is nothing but pain and misery. That may seem extreme but I mean it. People who go that nuts over something as simple as getting cut off in a bike lane IN NEW YORK CITY deserve a similar fate to Regina George in Mean Girls...

Shout out to that guy for keeping his cool because I would've lost it. I can only tolerate thirty seconds of crazy until I go nuts myself. The best part of the whole thing was when he laughed in her face. Nothing gets an angry person more mad than when you don't take them seriously. He also executed a text book head fake to get around her at the end. Looked one way, spun, and booked it up the street... 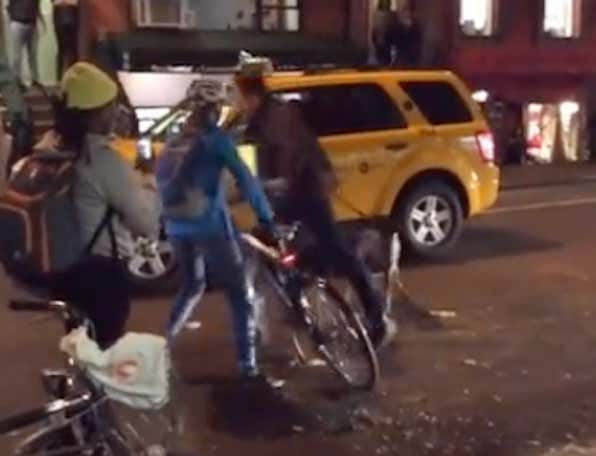 Nailed it. Friendly reminder to everyone that if you're going to lose your mind, make sure you do it off camera. Have a great rest of the afternoon.