Went to the grocery store last night... Kings's in Midland Park, NJ, to be exact.

I was pressed for time because I had to pick my daughter up from singing in a half-hour and I was doing enough shopping for the week.

In the deli section, as I was waiting for my cold cuts to be sliced, I caught an older couple (about my age) staring at me in disgust.  At first, I thought they were disgusted with my bloated mid-section, but when I looked down to see what they were looking at, I noticed I was wearing a sweatshirt with Barstool Sports emblazoned across the front.

Now... I don't know if you've seen the recent headlines, but there have been conflicting opinions about my employer as of late.  So when I saw these two cunts mean-mugging the firm that pays my bills, I was ready to go to the mattresses in its defense versus a middle-aged couple I never met in a suburban grocery store at 7:10 PM on a Monday.

I left my cart by the deli counter, and walked towards them, passing by the refrigerated shelves that contained pre-made sandwiches, and what-not.

And as I approached what I thought would for sure be a verbal confrontation, I felt a cold burst of air from the refrigerators in a place on my body where I shouldn't be privy to cold bursts of air.

I quickly turned around and walked back to my cart while nonchalantly reaching down to discover that the zipper to my jeans was WIDE open.

After I zipped up…

… I turned back around towards the couple, and the man who I was about to confront gave me a subtle head nod… Then he and his lovely wife (probably longtime Stoolies) went about their shopping.

I have to fucking calm down.

And if YOU wanna be the toughest guy at a Northern New Jersey grocery store this Holiday Season while representing a website that you love, I have an idea… 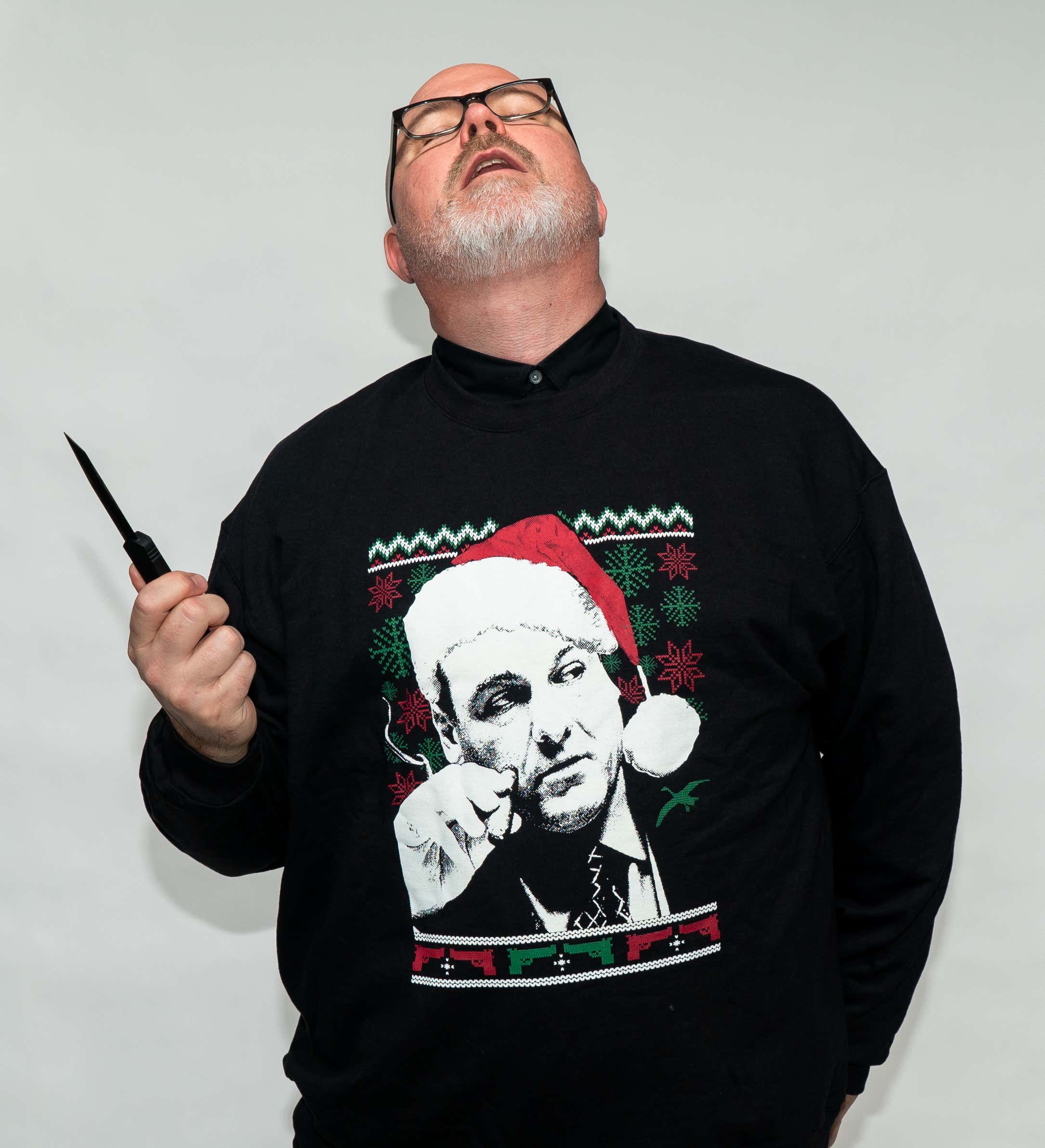 (I don't have an ugly sweater, so I am promoting the ones designed by Glenny Balls)

Sizes up to 5XL, you fat fuck… And it's all on sale today.