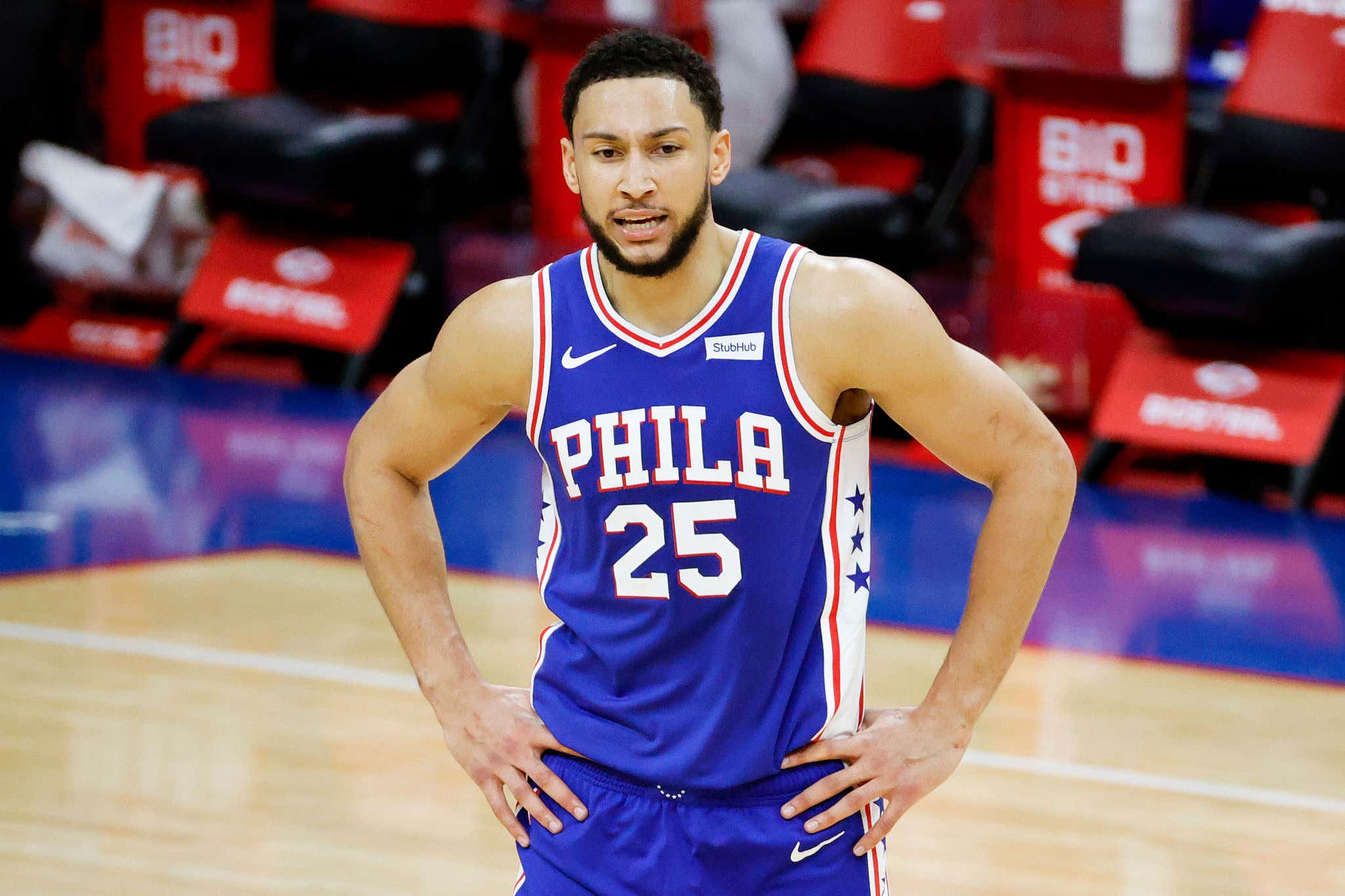 (Boston Globe) - Stevens will be extra careful with roster additions, but if that means trading Brown, he is highly likely to pass, especially for a player as flawed as Simmons.

Can Udoka, who coached Simmons in Philadelphia as an assistant, get the best out of the former No. 1 overall pick? Yes. Would Simmons be interested in coming to Boston? Yes, according to a league source. And while Stevens has shown a willingness to take chances in his brief tenure as team president, he is understandably going to walk back these rumors and refute them immediately.

Simmons should only be a consideration at the right price, and that price likely will never be to Stevens’ satisfaction as long as Morey is willing to wait months — or even years — to make a deal and he continues to request All-Star players in return for someone whose stock is at an all-time low.

Big deal. There's still no way Brad Stevens should even entertain the thought of trading Jaylen Brown for him, and considering Daryl Morey isn't going to trade Simmons for 50 cents on the dollar I'm not sure it matters what Simmons wants. Yeah, I think we all would do a trade that involved anything else other than Jaylen Brown or Jayson Tatum, but that is also not reality. If you're going to tell me there's a three team possibility where the Sixers get their All Star talent and the team trading that player would be interested in the Celts role/bench players then sure. But that's also a fantasy. I'm also fairly certain you could plug any team in for the Celts in that question to Simmons and his answer would be yes. My question for Simmons would be what makes him think that the fanbase would treat him any differently in Boston if he pulled the same stuff he's done in Philly? Klutch also has already leaked that he wants to go to a team where he could be THE GUY

and that's certainly not happening in Boston with Jayson Tatum on the roster so that's a little confusing. If they suddenly had a change of heart over at Klutch and are now fine with Simmons being a supporting cast player, why not just stay with the Sixers where they have the roster balance to do that? Seems like all this talking on the Klutch side has twisted them into a bit of a pretzel.

It was pretty obvious that the leak yesterday was an effort to try and bump up Simmons' trade value, but that obviously didn't work since the second everyone heard the name Jaylen Brown we all had the same reaction. It doesn't change a damn thing even with Simmons saying he's "interested in coming to Boston". I don't give a shit. I'd rather have Jaylen Brown who is also interested in playing in Boston. You know, the guy that has embraced this franchise and city with open arms. The one who has improved every single year he's been in the league AND is on a team friendly deal. That seems like the kind of player you should keep around and continue to try and add to.

The good news is it's not just me who feels this way. The Celts have made it pretty clear as well that they too do not give a shit if Simmons may want to come to Boston

If the price drops, we can talk. But I don't see that happening any time soon so no thanks.