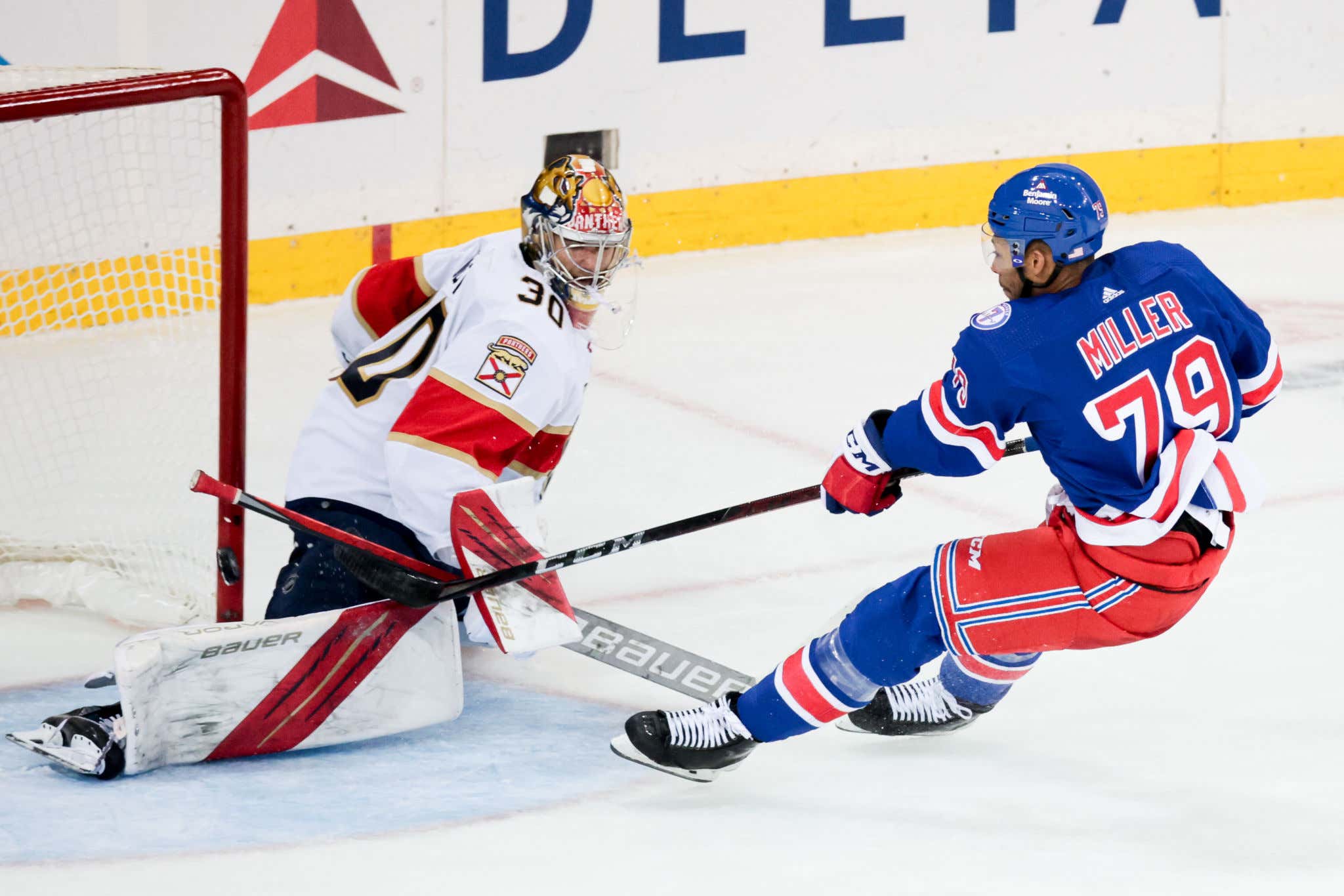 One of the biggest keys to life and growing as a human is to learn from your past experiences. You can learn just as much, if not more, from your failures as you can from your successes.

So on Friday night, K'Andre Miller had one of the best seats in the house to learn from the New York Rangers' failure when Connor McDavid slaughtered 4 defenders and Alexander Georgiev on his way to scoring one of the most insane goals of all time. He watched from the bench (most likely in fear), studied the events that occurred, and came out with the conclusion that the sport of hockey gets significantly easier if you are simply significantly faster than everybody else on the ice.

What did K'Andre Miller do with all of that newfound information?

Momma there goes that man.

That little upshift in gear once he got past the redline is when you knew that was all she wrote for MacKenzie Weegar.

America loves speed. Hot, nasty, bad ass speed. And K'Andre Miller has a full tank of it. The speed, the power move to get to the front of the net, the hands to send the puck up the elevator in tight like that. Nasty goal all around. Only thing that I'd be worried about here is maybe this makes K'Andre Miller a bad friend. He was teammates with Spencer Knight on Team USA at the 2020 World Juniors. You can't be doing your guy as dirty as K'Andre Miller did Spencer Knight here. It just ain't right.