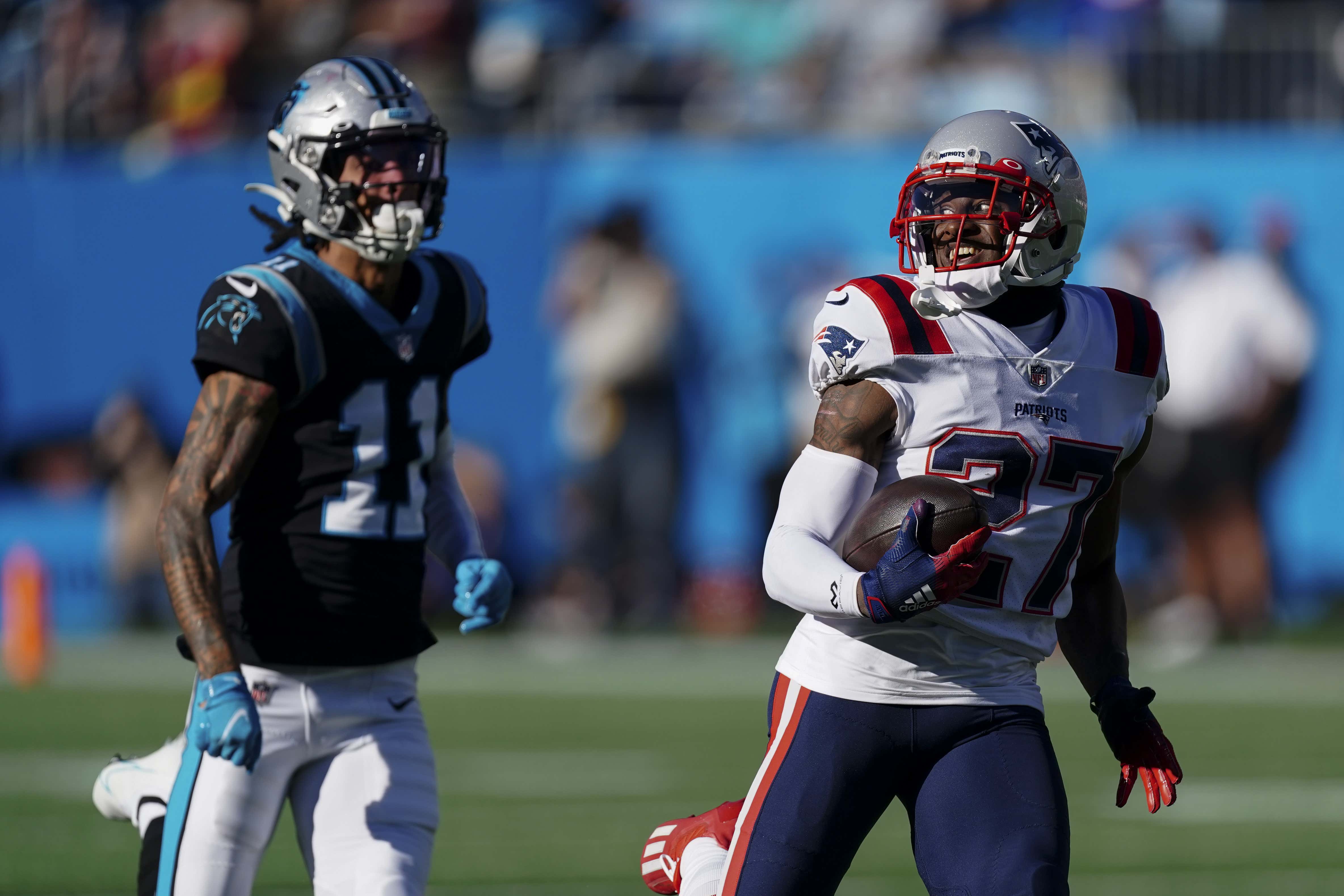 In a matter of a few weeks, the Patriots have gone from a 25% chance of making the playoffs to a 58% chance. From a slim hope of competing with Buffalo for the AFC East title to a half game out of first. From being lumped in with the teams that are going to have picks in the top half of the draft to fifth in the very telling stat that is point differential. And in this elite company:

All of which would be well and good on its own. But what takes an otherwise delicious moment like this and spreads a layer of special sauce on it is the reaction from the pundits. Like this:

Mike Greenberg: "That led Ryan Clark to make the following statement in our meeting this morning. …"

Clark: "The Patriots are going to mess around and go to the Super Bowl, man."

Clark: "When I said it yesterday, I said it out of disgust. It wasn't something I analyzed and I felt really good about. And then watching and rewatching the film and then saying 'You know what, I'm so excited that the dang Patriots are good again.' I'm absolutely not! … The AFC goes through Foxboro."

Oh yeah. That's the money shot. That's what daddy likes. Keep doing it just like that.

Watch the whole video to get their reasonings. And I don't mean to exclude Dan Orlovsky, because he's been doing so much fanboying of this team and Mac Jones that part of me is worried he's coming for my job. But he does point out that in the last three games Belichick's defense has given up 43 points and created eight takeaways. To which I'll add this data point:

Note that New Orleans and Dallas each scored a defensive touchdown and six of Dallas' 35 points came in overtime. But you knew that.

That clip above was followed by Stephen A. Smith, who's also been holding onto his skepticism having his come-to-Jesus moment. Just without suffering the trauma that Clark and Ryan did, because with him it's not personal, just business:

Still, this clip and the "Get Up!" one are windows into the collective soul of the anti-Patriots insurgents. Scenes like this are playing out all across America. As they come to grips with the horrifying realization that the thing they hate most and thought was gone from their lives forever is neither dead nor buried. They're Laurie Strode, wondering how many more years they're going to have to suffer through this unholy creature returning to the scene of all his previous crimes. But still unable or unwilling to admit it cannot be killed.

And now that I see the reaction to a simple three game winning streak in the middle of the season, I think I'm finally starting to understand what 2020 must have been like for this crowd. Watching the Pats offense struggle, a pale imitation of its former self. Belichick looking like he finally had no answers. Them truly believing he was being exposed as a fraud because he went 7-9 with Cam Newton. A whole nation embracing the former Pats quarterback they used to despise, simply for the fact he was the former Pats quarterback. Convincing themselves it would be this way forever as they soaked in the hot mineral bath of New England's misery.

Except here we are, barely halfway through Mac Jones rookie season, and the day of reckoning is already upon them. All that free agent money was spent wisely. The system, while a work in progress still, is working. The Pats are coming back to end the borrowed time everyone was living on last year. And moving back into the sprawling, fully furnished estate of prime real estate they own in everyone's heads.

Listen, even I'm not saying "Super Bowl" yet like some of these guys. But I'm not saying it's out of the realm of possibility, either. In a few more weeks, they might even look like the favorites in the AFC. What I am saying is the long years of the franchise you love to hate wandering in the wilderness of irrelevancy with all your Jets and Jags and Lions, is not happening. And won't. Not in this lifetime. And watching everyone come to that shocking realization is making life worth living.

Now if you'll excuse me, I'm about to watch Rex Ryan's reaction again and I'm going to need a bigger box of tissue.