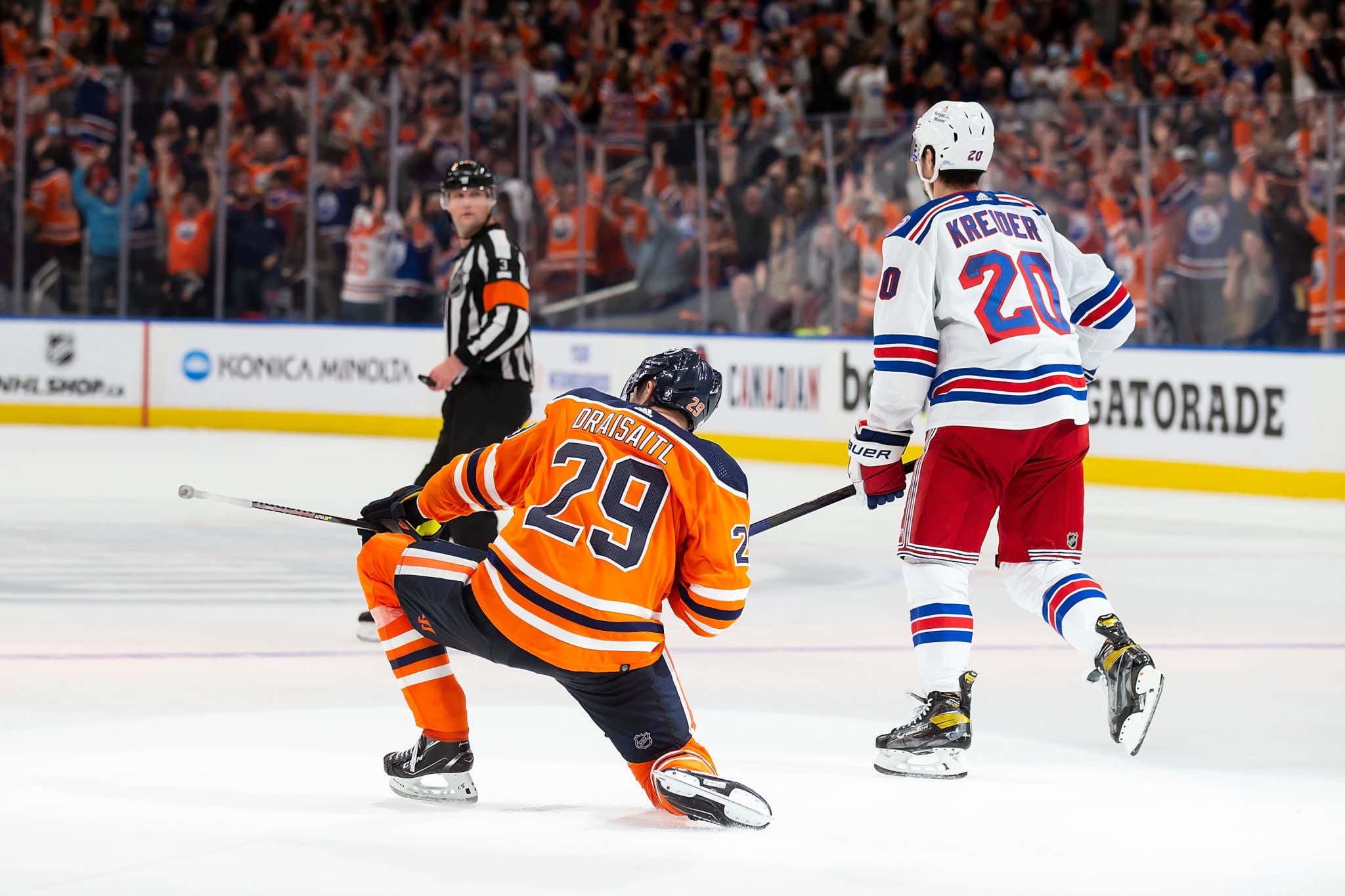 The Edmonton Oilers have an uncanny resemblance to a wooden structure sitting atop of 4 wheels and used as a mode of transportation, often times covered by a canopy and drawn by a horse. In other words, the Edmonton Oilers are an absolute wagon. They are 9-1-0 through their first 10 games of the season with their only loss on the year so far coming against the greatest hockey team ever assembled--the Philadelphia Flyers. So you can't really fault them for losing that game considering every team in the league will be losing to the Flyers at some point this year.

Now teams will certainly have their chances at beating the Oilers. Those chances will come few and far between, but the regular season is 82-games long so there will be opportunities for sure. The New York Rangers had a prime opportunity on Friday night when they were up 4-1 against Edmonton midway through the 2nd period. But if you're going to put the Oilers away for good, you can't leave that much time on the board. You can't leave them with any chance of getting back into that game. Because the moment they feel they have a chance? The moment that cologne mogul Leon Draisaitl tells your team to just hold on because it's coming?

Well it's already too late. Far too late.

Honestly that overtime dagger was more of a formality than anything. The game was over the moment that Connor McDavid sent the Rangers franchise back 30 years with this ridiculous goal.

But the King of Leon knew the whole time. You give the Oilers 30 minutes to climb out of a little 3-goal deficit and they'll make lightwork out of you. Meanwhile, the Rangers went full Eden Hall Warriors JV after taking that 4-1 lead. You hate to see it.