But after seeing that video? After witnessing some of the most electrifying 8 seconds in this never-ending cycle of time?

How can you not be a bull riding guy after that? Shit was incredible. That bull might be the most athletic specimen on planet Earth. Look at this fella go. 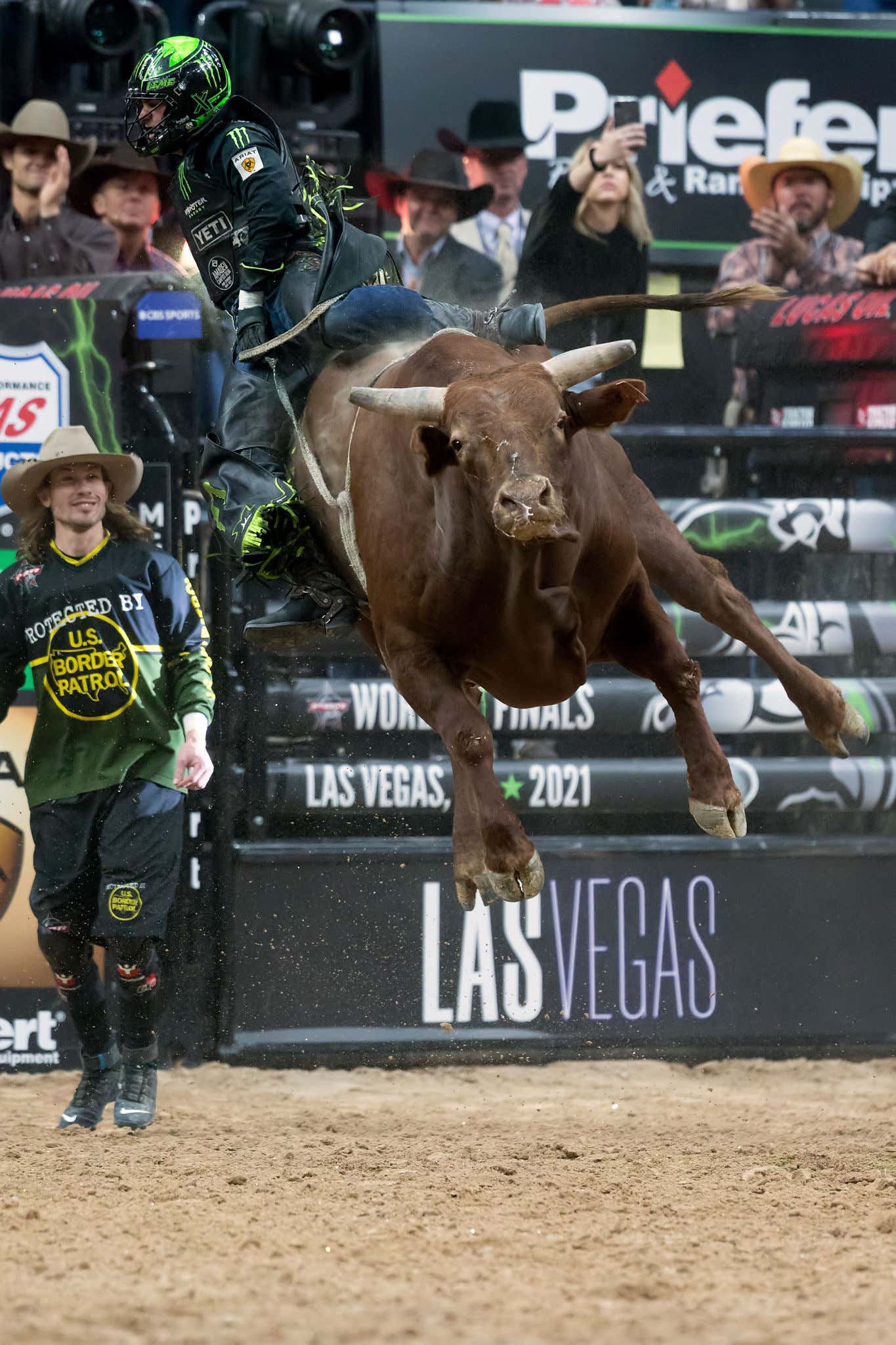 That's 1600 lbs flying through the air like it's nothing. And this maniac Jose Vitor Leme managed to score the highest ride in PBR history on that thing.

Like I mentioned, I knew nothing about bull riding before watching this video. But after doing some quick searching on the ol' interwebs, now I know everything about bull riding. The way this works is you can get a highest possible score of 100 (seems pretty obvious). The rider can get up to 50 points and the bull can get up to 50 points. The bull is scored based on how difficult it is to ride, and then the rider gets scored by riding the bull for 8 seconds and not touching anything with their free hand. So they can't touch the bull, the rope, or themselves with that free hand to help keep their balance. You add up to two scores for the total and this was 1.25 points away from perfection. It was also 1 full point higher than the previous record which was also set by Jose Vitor Leme and the same bull, Woopaa.

Sidenote: I love that the helmet punt is this dude's signature celly.

Honestly some pretty solid form on that thing, too. Probably downed somewhere inside the 10.

And the best thing about winning the PBR World Finals? You can drink out of the trophy.

I just hope they also have the courtesy to fill that trophy up with a fat bowl of grains for my guy Woopaa. He's the one who really deserves to celebrate here. Huge Woopaa guy. Legend.