Looking at the Titans schedule there was a 4-game stretch that jumped out. Home vs Bills, home vs Chiefs, @ Colts, @ Rams. You'd think 2-2 would be an okay result for those 4. Then throw in the loss of the best offensive player in football in Derrick Henry after the Colts game and you could have written in sharpie that the Rams would beat the Titans. Right?

The Titans defense absolutely BULLIED the Rams in the first half and Los Angeles just couldn't get anything going from there. Jeffrey Simmons lived in Matthew Stafford's kitchen all night with 3 sacks in the first half performance and reminded a lot of people of Albert Haynesworth before he got lazy. The Titans used a late Adrian Peterson touchdown to cement the 28-16 win, putting the bow on a really nice win for the club. It also wasn't even that close, the Titans defense gave up their first TD with 24 seconds left in the game. Against this Rams offense? Have a day. Says a lot about who they are and how Vrabel coaches. Everyone in the world picked them to lose, shouldn't have even gone out to LA just to get whooped. They punched the Rams right in the mouth and smoked them.

The Titans used 2 Stafford picks for their first 14 points and never looked back. This first pick was made by Jeffrey Simmons, he is 100% the reason for it. Stafford went full Wentz and panicked. You couldn't hand deliver a more perfect pass to David Long Jr. And don't say it was smart like Wentz's last week because this wouldn't have been a safety as the broadcast pointed out. Great pressure up the middle to force the pick, Titans score on a TD pass from Ryan Tannehill the next play. The very next series Stafford made a horrific throw and Kevin Byard made his first career house call.

Titans couldn't do anything on offense, absolutely nothing. Less than 200 yards offensively, Tannehill added a rushing TD and Peterson punched one in late. They didn't force anything offensively, the run game wasn't there which isn't shocking due to guys back there and the Boy Lewan being out, they only had Tannehill throw the ball 27 times which is fine, and AJ Brown and Julio Jones made the big catches when it counted. It's good to know that the offense doesn't need to rush for 250 every game just to win.

But it didn't matter because the defense did the damn job. 5 sacks on Stafford who had only been sacked 8 times all season. Cooper Kupp did a lot of his damage when the game was already over, the Rams didn't really run the ball much due to the score, and the Titans were constantly in Stafford's face. Sure they were bailed out late by some roughing the passer calls which kept a late drive going, but this was an awesome game by Tennessee. They knew they didn't have the fire power to run with the Rams, they got 2 picks and a defensive touchdown and just tried to slow it down. 5 sacks also helps.

7-2 and at the top of the AFC after a BRUTAL schedule and losing their best player, doesn't get much better than that. The broadcast said the Titans also have the easiest schedule remaining. Without DH that is huge. Now they'll face a Saints team next week who is beat up and see if they can keep this thing going. I love this team. 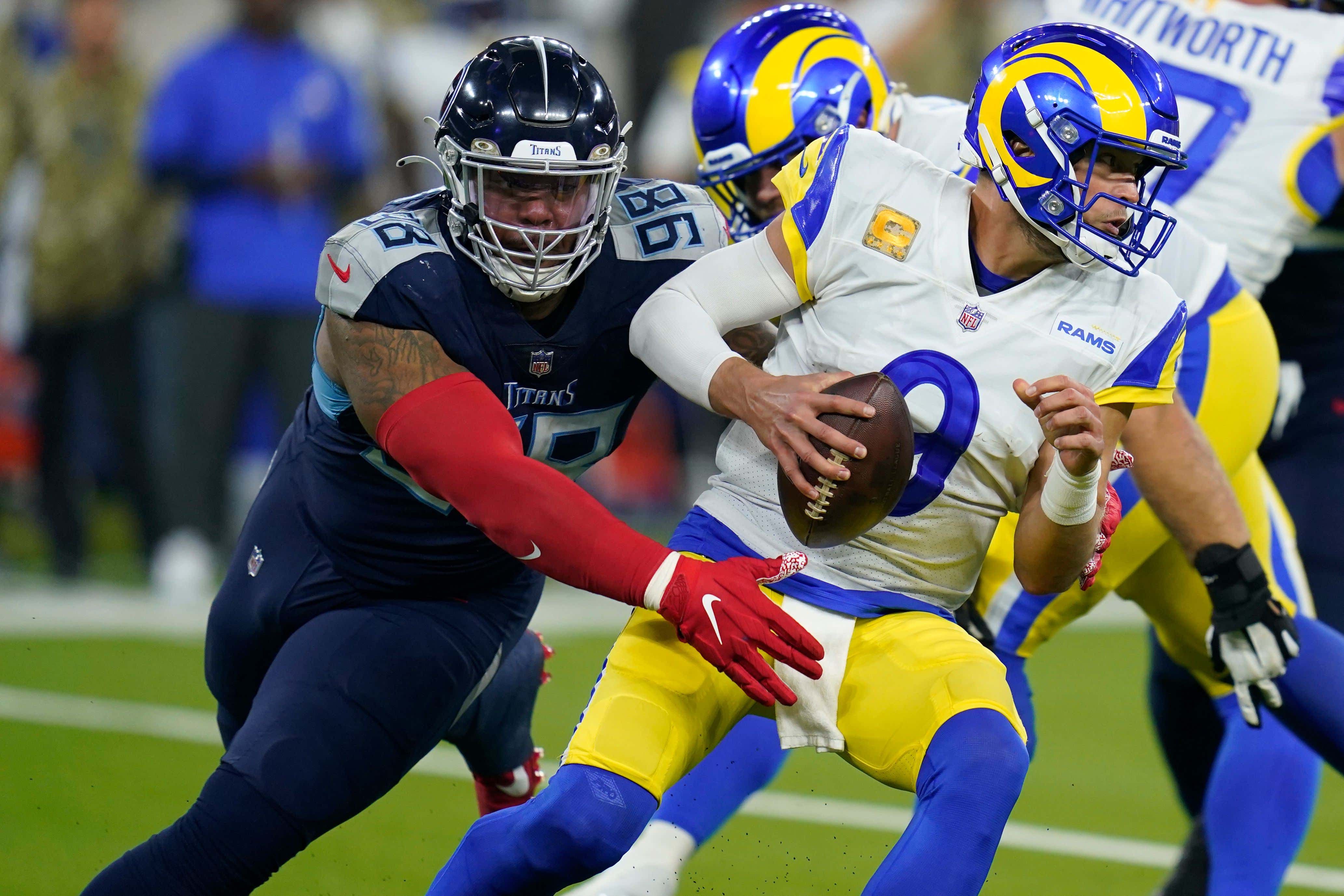