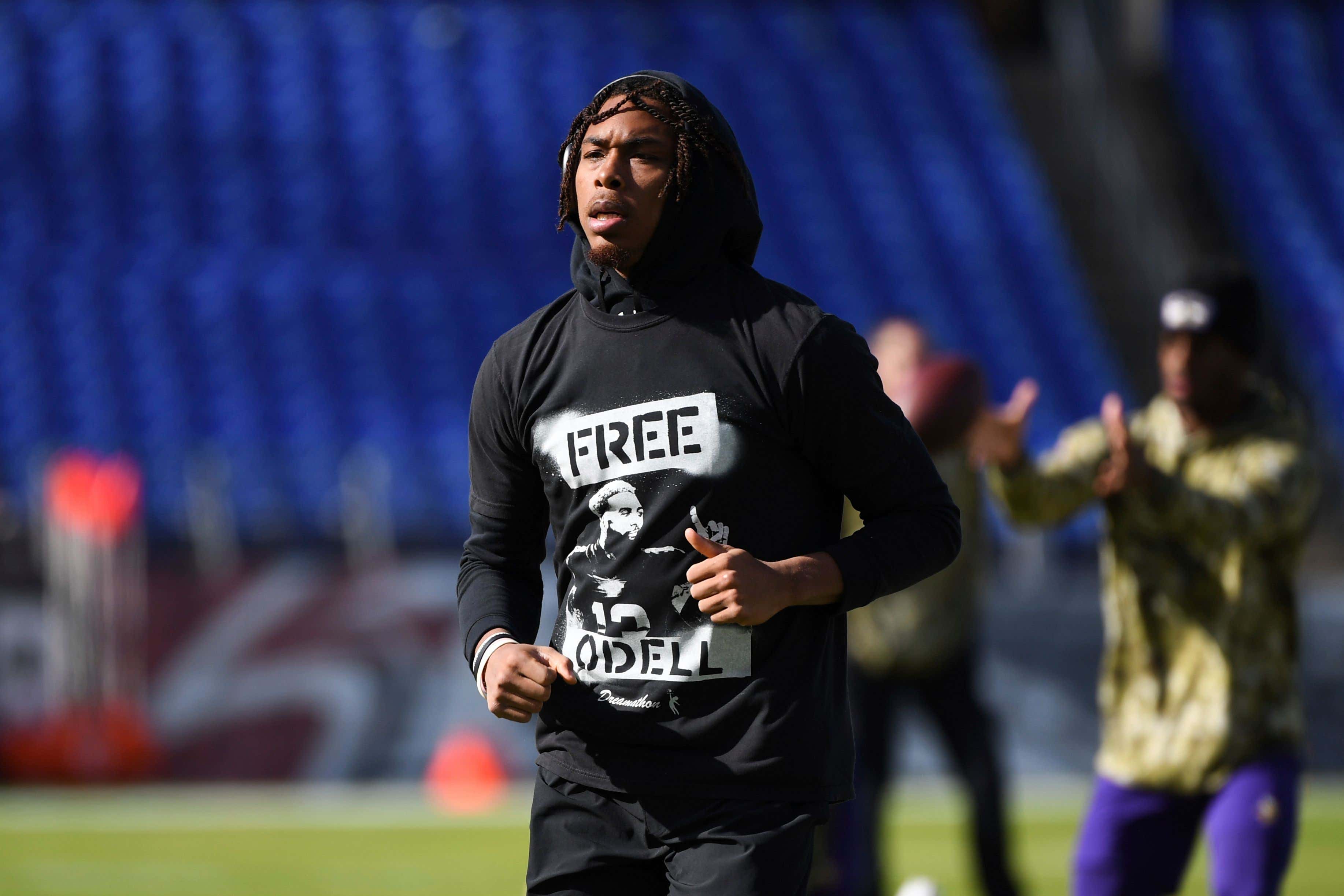 I guess Justin Jefferson is like the rest of us and occasionally misses out on big stories during the busy season of his job. I know there is a lot that goes into preparing for an NFL game. Working out, getting your body feeling good, trying to figure out where Kirk Cousins is going to throw the football in a given route. But can someone tell Justin that Odell has already been freed and every single joke/Photoshop that could possibly be made about where Odell ends up next has already been made on every social media platform there is? Just tell him to turn on his Twitter notifications for Ian Rapoport and everything will fall into place.

I know how awful a feeling it is to make a shirt that becomes irrelevant before you have a chance to wear it in front of everyone. Legend has it there are still boxes of Ball Don't Lie shirts in Pres' Nantucket house. But sometimes you gotta just take the L and the $19.99 hit by turning that shirt into a workout shirt instead of one you are looking to go viral with. Especially when everybody in the Ravens stadium you are wearing it in is bummed Odell has been freed since Baker Mayfield seems to somehow play better without him and Odell put up a total of checks notes 9 receptions, 86 yards, 1 TD in three games against Baltimore as a Brown (or they have massive boners at the thought of Odell catching slants from Lamar in a week).

That being said, I have absolutely no problem riding for a guy that was filling your palms with cash on the best night of your college football career, even if it's like 48 hours late.