In a dominant performance in front of a sellout crowd of 17,000 plus me at MGM Grand Garden Arena, Canelo Alvarez knocked out the-now-former IBF champ Caleb Plant in the 11th round to become the first undisputed super-middleweight champion in the history of that division.

Caleb Plant has a very good left hand that he threw often, but it was never more than a nuisance for Alvarez.  Meanwhile, Plant’s right hand took the night off.

I had the fight even after 4 Rounds, but by Round 6, it became clear that Canelo was simply playing with his food.

Here are the official cards... 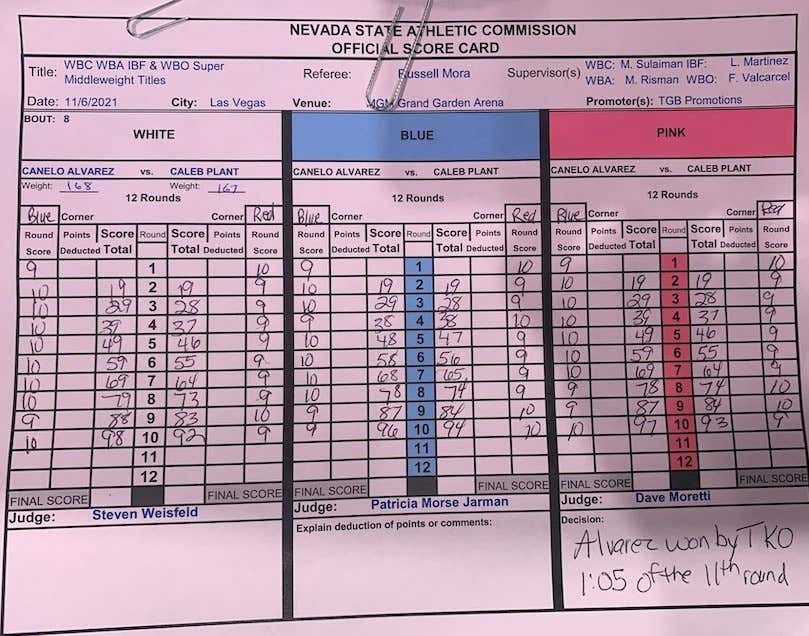 Before you feel too sorry for Mr. Plant, Caleb made more money tonight ($10 million) than at any other time in his career, and that’s about all I have to say about him.

What’s next for Canelo?… Well, after fighting 4 times in the past 11 months, Alvarez plans to fight another 4 times in 2022, and he certainly has no shortage of options…

Only one thing is certain- Unlike almost every other fighter, Canelo manages himself so he can literally do whatever the fuck he wants.