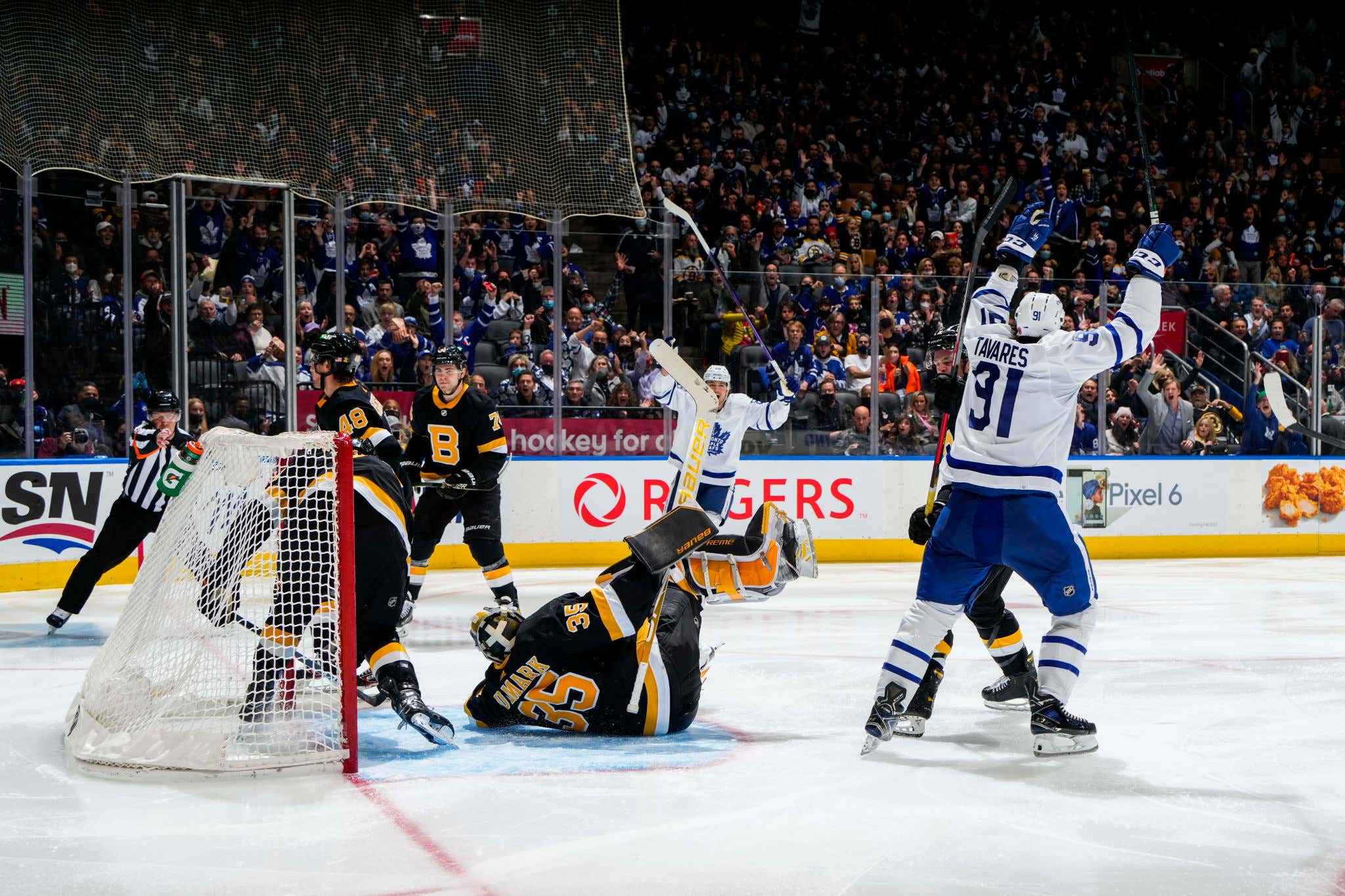 Well, that was ugly. Despite a strong start, the Bruins' 2 game winning streak was snapped at the hands of the Toronto Maple Leafs. The B's simply fell apart in their first meeting with Toronto in nearly two years. Let's get into it.

With Jake Muzzin in the box (delay of game), Taylor Hall opened the scoring, redirecting a shot from Patrice Bergeron. 1-0 Bruins.

Toronto responded with a goal of their own, Mitch Marner scored with bodies in front. Net was knocked off the moorings but ruled a good goal (Bergeron hit Tavares into the net). 1-1.

With Matt Grzelcyk in the box for high sticking, Auston Matthews gave the Leafs the go-ahead lead on the PP. 2-1 Leafs.

Auston Matthews added another, once again on the PP. 3-1 Leafs. Brad Marchand was in the box for high sticking.

2:53 into the 3rd John Tavares scored his 2nd of the night to make it 4-1 Toronto. Too easy for Tavares.

David Pastrnak answered, hammering home a one timer from Brad Marchand from the left circle to pull the Bruins within 2. 4-2 Leafs. Nice feed from Marchand, Bergeron started the play with a back check in his own zone.

An ENG made it 5-2 Leafs and that was all she wrote.

- First time we've seen the Maple Leafs since 2019. Entertaining game if you're a Toronto fan. B's won't see the Leafs again until March.

- The PP came through in the 1st (Taylor Hall tip in), but couldn't get anything going late in the game when they needed a goal. Tonight it felt like they spent more time in their own zone on the man advantage than in Toronto's zone.

- Simply put the Bruins fell apart in the 2nd. You can certainly harp on the officials due to some of the calls (and lack of calls), but the Bruins were a turnover machine and couldn't win the neutral zone. Just beyond sloppy. Game slipped away then.

- 2 PP goals from Auston Matthews. Can't put their stars on the ice 4 times and expect to come out unscathed.

- Tooooough night for the defense. Feel like I've said that a lot already and we're only 9 games into the season. 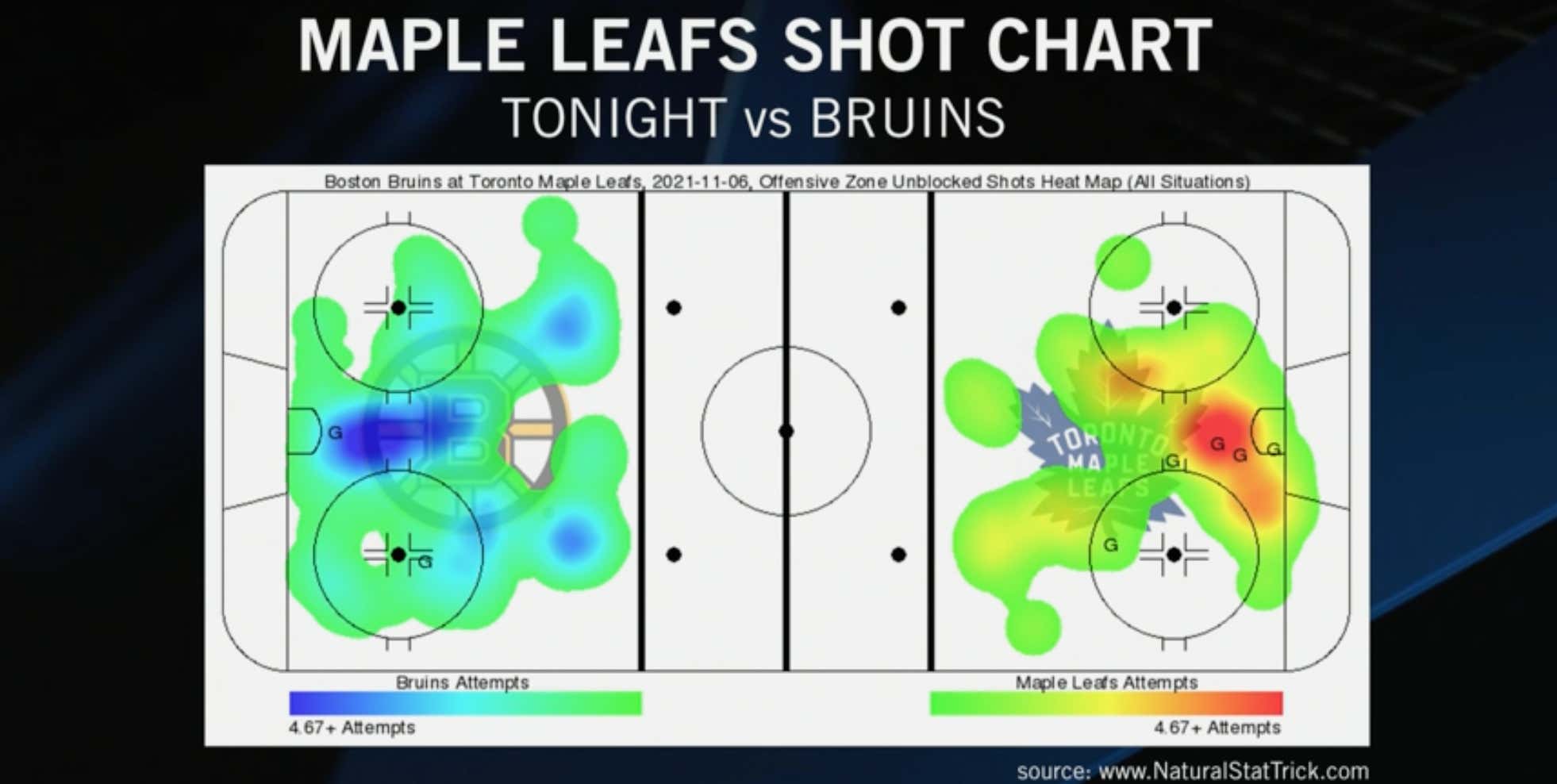 - The B's did throw 42 shots on Jack Campbell but the Leafs certainly had the more quality chances.

- David Pastrnak scored his 3rd of the year in the 3rd period, B's made a push with 10 to go in the 3rd.. but too little too late. Hope the goal serves as a confidence booster for 88 though going forward.

- All 4 losses the Bruins have suffered this season have been on the road.

- Linus Ullmark got the start in net tonight. Certainly not his fault why the B's lost tonight. 31 saves on 35 shots. Will be interesting to see where they go from here in net. I imagine all eyes are on Jeremy Swayman on Tuesday night when the Ottawa Senators come to town.