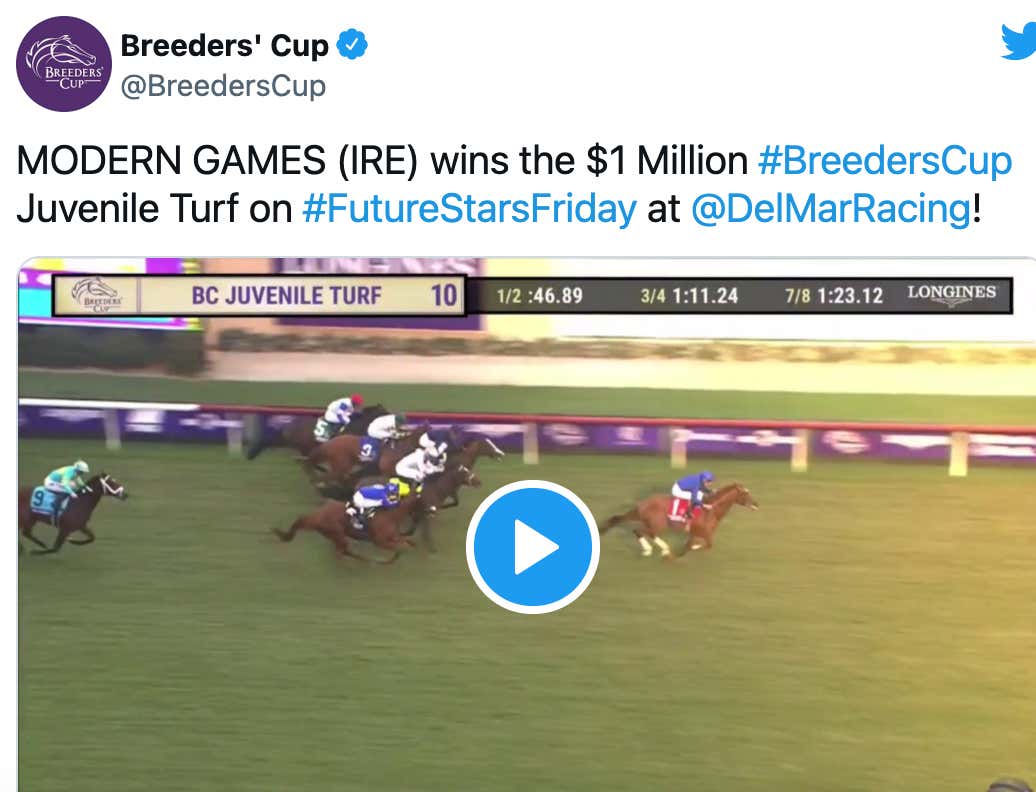 Now you may be wondering what happened here. Allow me to explain. When loading in the gate the 2 horse jumped the gate. Pretty standard. The horse got his front hoof stuck on the gate and it didn't look great. Luckily he was okay and the jockey was okay. Thoughts go to the handler though as he was carted off.

So at this time, they also scratched the 1. No one really understood why. They announced on TV that it was 'prematurely' scratched. Well, okay. The track cleared him to run again. Great! Like I said, had him singled in a pick-4 to close and one of 2 horses (with the 10) to close a pick-5. Great. A few grand to win on the favorite. Except he was only allowed to run for purse money.

That's right. He was allowed to run but only to make money for the owners/trainers, etc. So that leaves everyone like me FUCKED. We got moved to the 3. A horse we clearly didn't want but was the favorite after the 2 scratched and Del Mar/Breeders Cup scratched the 1 prematurely. HOW CAN THE FUCKING HORSE RUN STILL? IF HE'S RUNNING LET ME HAVE MY BET, BECAUSE HE CLEARLY WAS THE BEST HORSE.

But nope. NBC Sports Network decided to laugh about him winning and how it didn't matter for people betting. Del Mar and Breeders Cup completely fucked everyone over. This is why people have a problem with horse racing. This is why people complain. It's bullshit. If the horse can run and we have bets to him, let us have it. If not, scratch it and don't let him run for purse money.

Pretty simple concept here. It's disgraceful. It's bullshit. It's a joke. Frankly, people need to answer questions and probably be thrown in jail. Instead they just ruined the biggest weekend of the sport. They can't get out of their own way. Fuck them. Fuck this. There needs to be common sense answers fast.