I didn't know if I'd ever see this. The Atlanta Braves are having a World Series parade. This is awesome.

But even when we've achieved the ultimate victory, we have to do something uniquely Atlanta-ish. So, the Braves' parade will actually include a commute. 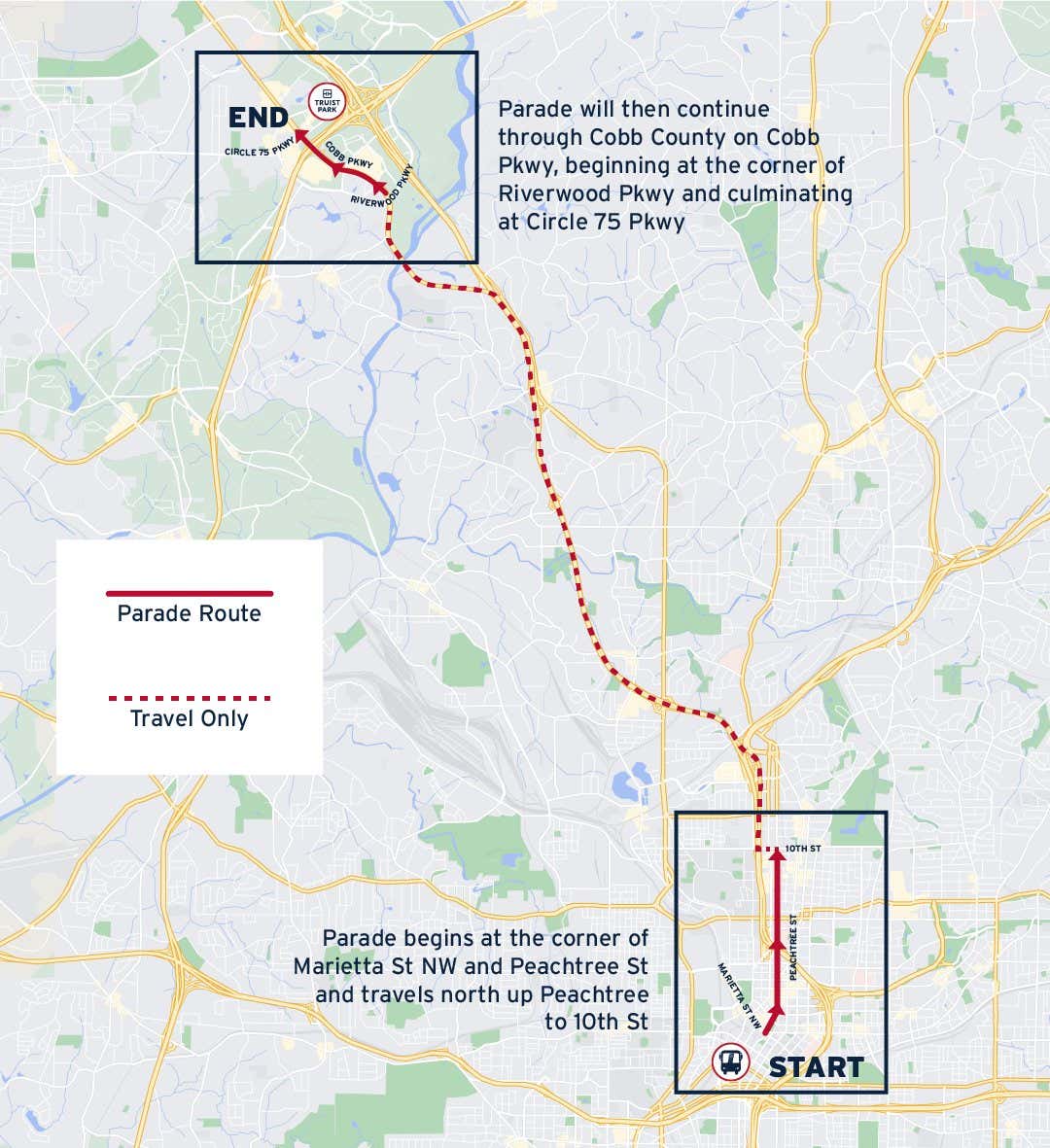 There was a lot of talk about whether the parade would take place in downtown Atlanta or near Truist Park in Cobb Country, but it's going to be both. The parade will start downtown, then take a 45-minute break to travel up to the Perimeter, where it will resume and ultimately conclude at Truist Park.

I honestly love the seeming absurdity of this. It makes sense to do it this way, but as many on Twitter have pointed out, only Atlanta would include a commute in its parade. We won the World Series, we'll do whatever we damn well please.

Just keep driving the floats up through Chattanooga and Nashville and make a whole Braves Country tour while we're at it. Have the first 250-mile championship parade.

This parade is going to be incredible, though. We've been waiting a quarter of a century for one of these bad boys. It's time to let loose.