Sing it with me, Cleveland:

Happy Birthday to the most selfish / expensive / lowest performing / overrated receiver in the league with a crazy dad and drama following him everywhere he goessss…..

It's crazy how I've gone from being anti-Baker to completely pro-Baker all in a matter of three days, thanks to no one other than Odell Beckham Sr. You can say whatever you want about Baker's accuracy or arm or decision making or football related skill, but don't ever question his will to win. And to think that Baker is purposely not throwing it to OBJ because he doesn't want to see him shine is quite possibly the dumbest thing I've ever heard in my entire life.

Let's be clear: Baker Mayfield loves Cleveland. Cleveland loves Baker Mayfield. There's no one I'd rather go into battle with than #6. Do I think we should pay him $40 million a year? No way. But I hope we come up with a team friendly deal and he's our QB of the future (unless of course Aaron Rodgers wants to come here). The way Baker has handled this middle school drama has been nothing short of flawless. And don't be surprised when he has his best game of the season this Sunday. We're beating the Bengals. Baker might be saying all the right things but he's ready to explode. I'm fired up for him.

Let's take a moment to remember the good times we had with OBJ here in Cleveland. No, there obviously won't be any clips from him making plays on the actual football field, but this was fun for a summer before he actually started to play:

Everyone that bought an OBJ jersey over the last couple years should be refunded through the money we'll save if he gets picked up off waivers. What a joke he was while he was here. All bark, not bite. Drama drama drama. The textbook definition of a waste of God given talent.

But ladies, get yourself a man that looks at you like OBJ looked at Baker in the summer of 2019. 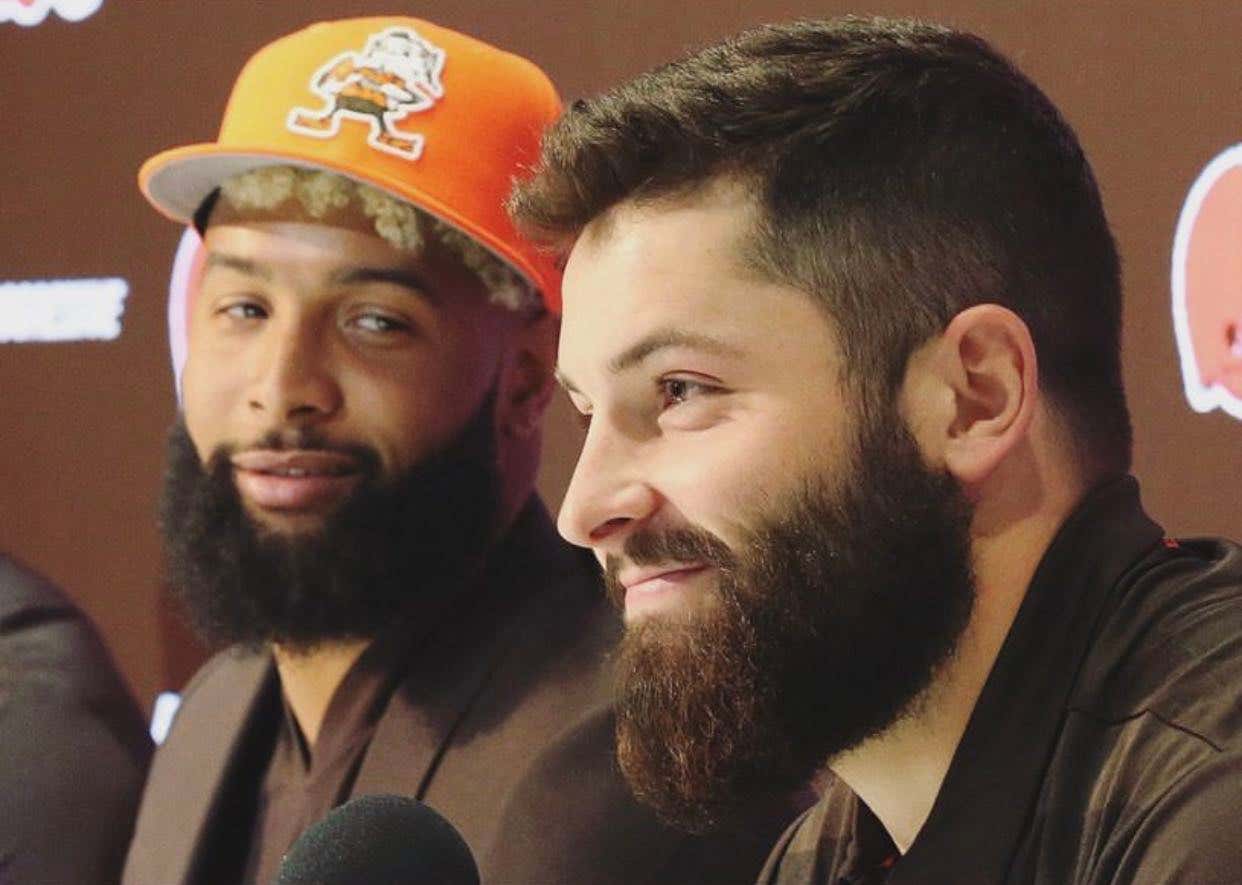