Super excited to start something new. After doing pretty well in NFL and more specifically player props on Twitter (+7.1U in NFL), I've decided it might be fun to track more often through blogs and talk about reasonings:

Lets get to it. Thursday Night Football. Jets vs Colts in Indianapolis. After 1421 days the Indianapolis Colts are hosting a primetime game.Last week in a tough loss against the Titans, the Colts built on their injury list adding T.Y Hilton, Khari Willis, and Tyquan Lewis. On the other hand, the Jets upset the Bengals with Mike White having a performance much better than a lot of people gave him credit for. BUT we can't forget that these are the Jets and that we cannot expect consistency. With this line, it's almost as if Vegas is begging the public to take the Jets with the points. I think this is a nice bounce back spot for Carson Wentz. The Colts defense will be able to figure out White's game and hold down the offense.

With T.Y Hilton out I'm loving for Michael Pittman Jr. to hit his over of 67.5 receiving yards. He has gone over this total in his past two games and is 5-3 on the season. The Jets are 27th in the league in passing yards allowed and Pittman has been a threat in deep passing. Wentz is going to be looking for his go-to with Hilton out and something tells me that's going to be Pittman. All of this looks like a recipe for an over.

With White at QB, this one has hit comfortably the last two weeks. Carter had 9 receptions against the Bengals and 8 against the Patriots and by the looks of it, he's one of White's biggest targets. Though I said earlier I think the Colt's defense will be able to figure White out, I still think Carter will get at least 5 this game.

**I was also looking at TY Johnson's over 2.5 receptions because he also hit his total pretty comfortably but odds are (-157) and laying the juice with that doesn't seem worth it. Seems like a good prop to add to a parlay.**

Jonathan Taylor has continuously gotten me paid but I don't have it in me to lay the juice on just him. As for Pittman, I think the stars will align for him today. He has had 3 touchdowns the past two games and with Hilton out, he will get even more opportunity to handle the ball. With the Jets lack of ability to show consistent pass defense, I think this pick holds value.

(If you do happen to follow my twitter, it is probably for FCS picks and FCS picks only, but here's some recent NFL picks) 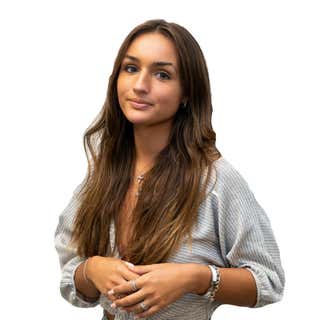