During Tuesday’s episode of “Inside the NBA,” the TNT crew discussed new footage of Williamson rehabbing on the court prior to the Pelicans’ home loss to the Knicks on Saturday.

“It look[s] like me and Shaq had a baby,” Barkley said, which sparked a roar of laughter throughout Studio J in Atlanta.

As Shaquille O’Neal joked, “I quit,” Barkley added that Williamson is “eating good in New Orleans.”

Barkley stressed that “somebody has got to be a grown person down in that relationship [in New Orleans] and say, ‘You got to get in shape.'”

The former No. 1 pick in the 2019 NBA Draft appears to have put on some pounds while recovering from a surgically repaired right foot fracture he suffered in the offseason.

"It look like me and and Shaq had a baby!"

To be honest I can't say I disagree. I don't know if that will get me in trouble or not, but it's true. There's no denying that Zion has put on a few pounds and Chuck and Shaq simply are doing their job by letting him know. The elder statesmen's are educating the young buck on what it takes to make it in the league. Now, could they have said it in a nicer way? Sure, but sometimes tough love is the best recipe. His coaches aren't clearly aren't giving it to him. My favorite part of the entire clip was when Chuck tried to get serious for a second then lost it when he looked at Shaq... 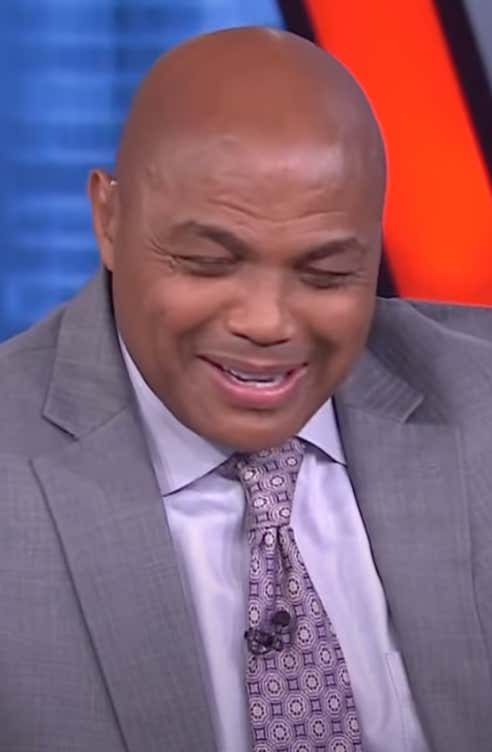 Nothing better than when one of them loses it and the other tries to keep a straight face. Oh well. Fingers crossed Zion is able to maintain his health for the rest of the season. Now here are a bunch of Inside The NBA highlights. Enjoy…

inside the nba+ 3 Tags