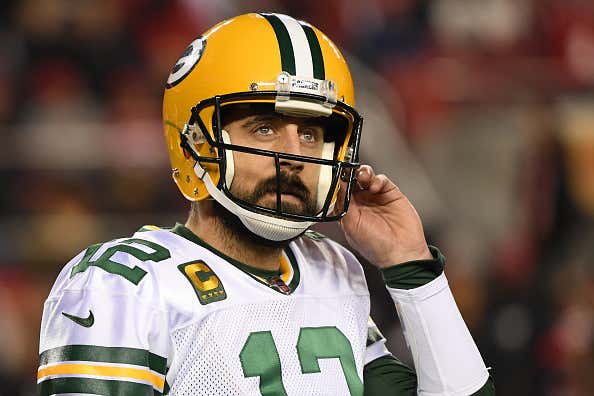 Well fuck me to tears. Like come on man, we were just days away from 7-1 Aaron Rodgers against Pat Mahomes on the road in KC as the FOX game of the week. A football wet dream so to speak. My entire week was based around that game and now that's ruined. Green Bay just overcame Davante, MVS, and Lazard being out against the Cardinals and I thought that would be the last of the decimation. Nope, covid got to Rodgers. Just bullshit.

Here's the really confusing part that surely won't stir up a controversy….Rodgers said he was vaccinated back in August

But now he's ruled out on Tuesday already because….

So what the hell is going on around here? Was he just saying he's had vaccines before and not the covid one specifically? We talking like the polio vaccine or Hepatitis A? Someone's got some explaining to do.

All I know is that Jordan Love looks to be poised to make his NFL debut on Sunday at the Kingdom. Should go swimmingly.