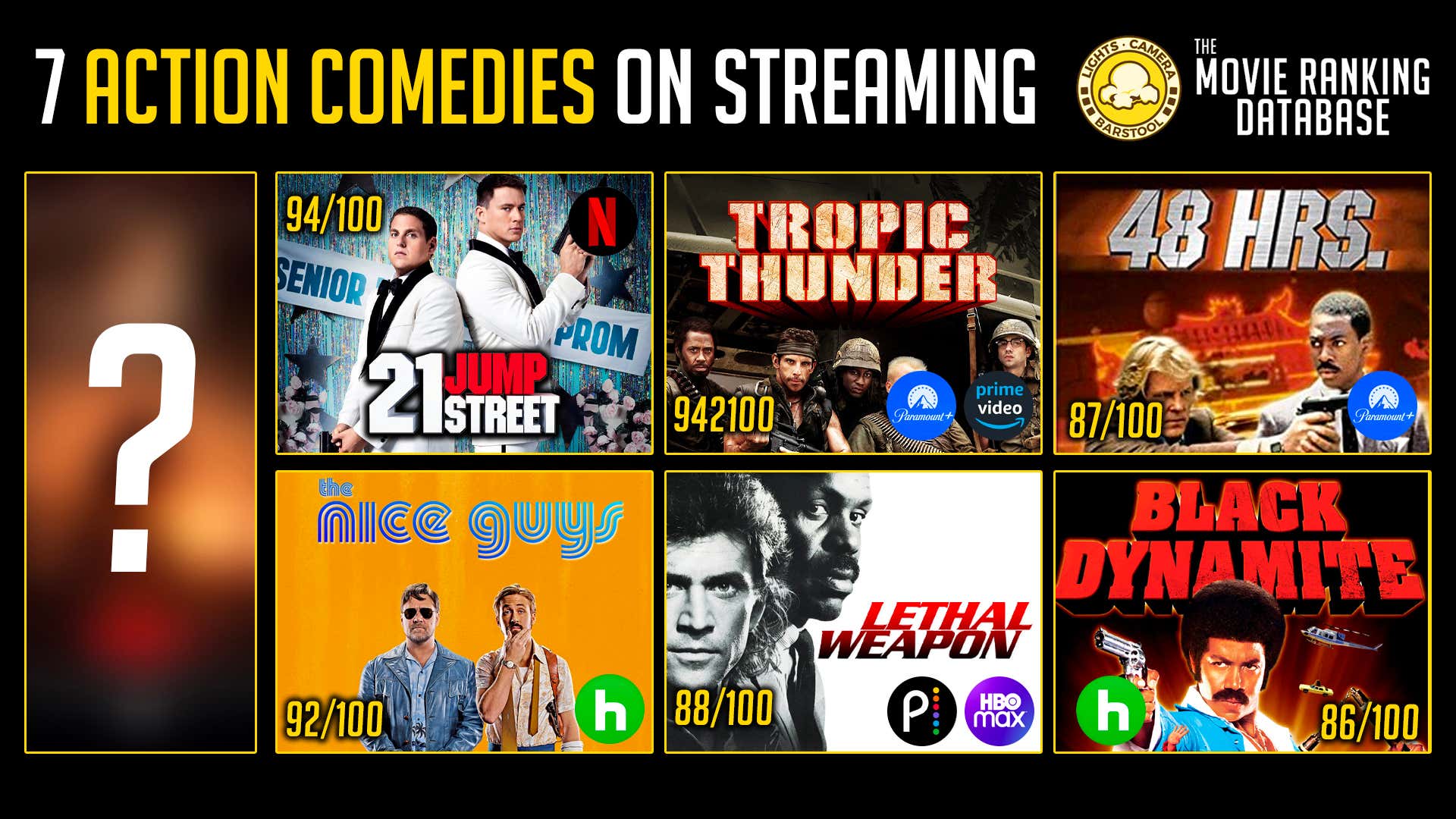 Make sure to go to MOVIERANKINGS.NET to find out what to stream and where to stream it

2. The Nice Guys - Hulu - 92/100: The combo of Gosling and Crowe should not be as perfect as it is in this movie. Like most Shane Black movies, the plot is a little wonky. But it just works here! Hysterical comedy and some cool gunfights.

3. Tropic Thunder - Prime/Paramount+ - 92/100: This movie only gets better every time I watch. Also, this might be the greatest Tom Cruise role of all time.

5. 48 Hours - Paramount+ - 87/100: I love any movie or show that involves the "Release a criminal to help hunt down another criminal" setup. Nolte & Murphy were at their respective heights, and both did incredible work in this movie.

6. Black Dynamite - Hulu - 86/100: This movie needs more eyes because it is hilarious. This scene always kills me.

7. Rush Hour - Hulu. HBO Max - 85/100: Funny how so many of the great action-comedy movies end up being buddy cop movies as well. Rush Hour obviously has the coolest stunts, but also has the laughs and action to compete with any movie.