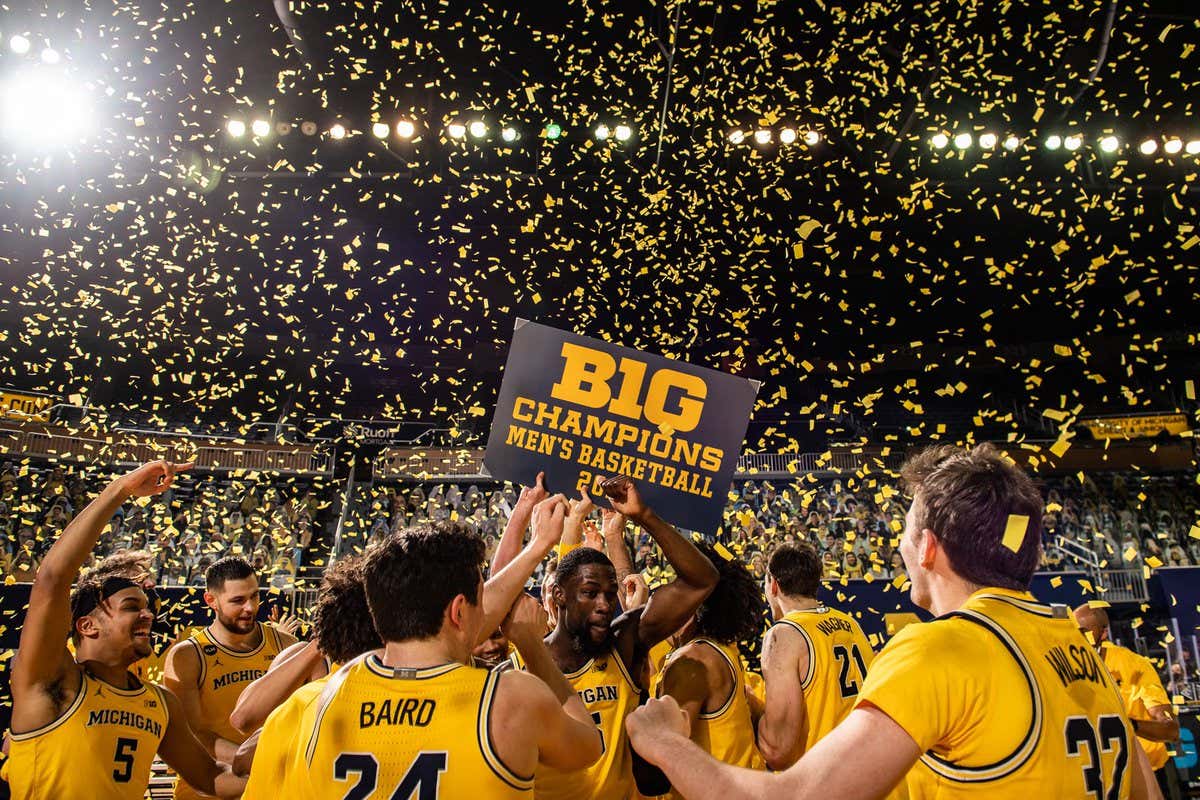 I know that's probably a weird way to start a blog about a college basketball team, but the reason I bring them up is that the 2014 Detroit Tigers was the last time I looked at one of my favorite teams before the season started and said, "You know what? This team can win the whole freaking thing." That's how I feel about this upcoming Michigan basketball team.

I'm just going to come out and say it: On paper (and who knows how they're going to perform), but on paper, this Michigan basketball roster is the best they have had since the Fab Five. And we're not talking about some slouch program either. We're talking about a program that has put two teams in the National Championship Game over the last decade. I'm sure as the season goes along, I'll be able to find something. You know I pride myself on my objectivity. But right now, I look at this basketball team, and I don't see many weaknesses. They lost several key pieces but replaced them with two 5-star McDonald's All-Americans and two 4-star freshmen ranked in the Top 100 nationally out of high school. They return preseason All-American Hunter Dickinson, fifth-year senior Eli Brooks, a fourth-year senior in Brandon Johns. And they plug Devante Jones from the transfer portal, who was Sun Belt Conference Player Of The Year last year at Coastal Carolina. But arguably, Michigan's biggest returning star is their coach Juwan Howard. This guy has exceeded expectations every step of the way and won National Coach Of The Year honors last season and deservedly so.

This team will take their lumps, as almost all teams do. Shit, the very nature of my excitement could easily lead to this team dropping their first game to Buffalo because we can't have nice things. No one in college basketball is infallible, especially in the Big Ten. I think there may be a chance that they won't shoot the ball as well as they did last year (though at this point a year ago, nobody expected that Chaundee Brown and Eli Brooks would be the kind of lights-out shooters that they ended up becoming.) I'm trying to taper off my expectations, but golly gee, I'm just so darn excited.

I love and will forever worship the ground that John Beilein stands on. He did such an unbelievable job reviving the Michigan program. Still, even in their heyday, it always felt like there was an uphill battle. He brought in players who worked their asses off, and he and his coaching staff worked their fingers to the bone as well. They got Michigan basketball to places that nobody ever thought they would be able to get back to. They were a great show, but they were rarely ever THEE show in the Big Ten. This team is the main attraction. I yearn for the day that the conclusion of a sports season can make me happy again, and I feel like this is the team capable of doing it.