(Source)--The building that housed Montreal’s well-known downtown strip club Super Sexe has been destroyed in a major fire that police say they suspect was a criminal act.

Firefighters were called to Saint-Catherine Street near the Robert-Bourassa intersection late Saturday around 11 p.m. to put out the blaze in one of Montreal’s oldest strip clubs that has been abandoned for the last few years.

Ever since Taxachusetts raised the drinking age in the late '70s, Montreal became a haven for teenaged Boston-area hell-raisers looking for a good buzz, a hockey game, condescension, fantastic smoked meat, and some of the best strip joints on the continent. One of the mandatory stops on those trips was to visit the place that had perhaps the most iconic business sign in the industry. 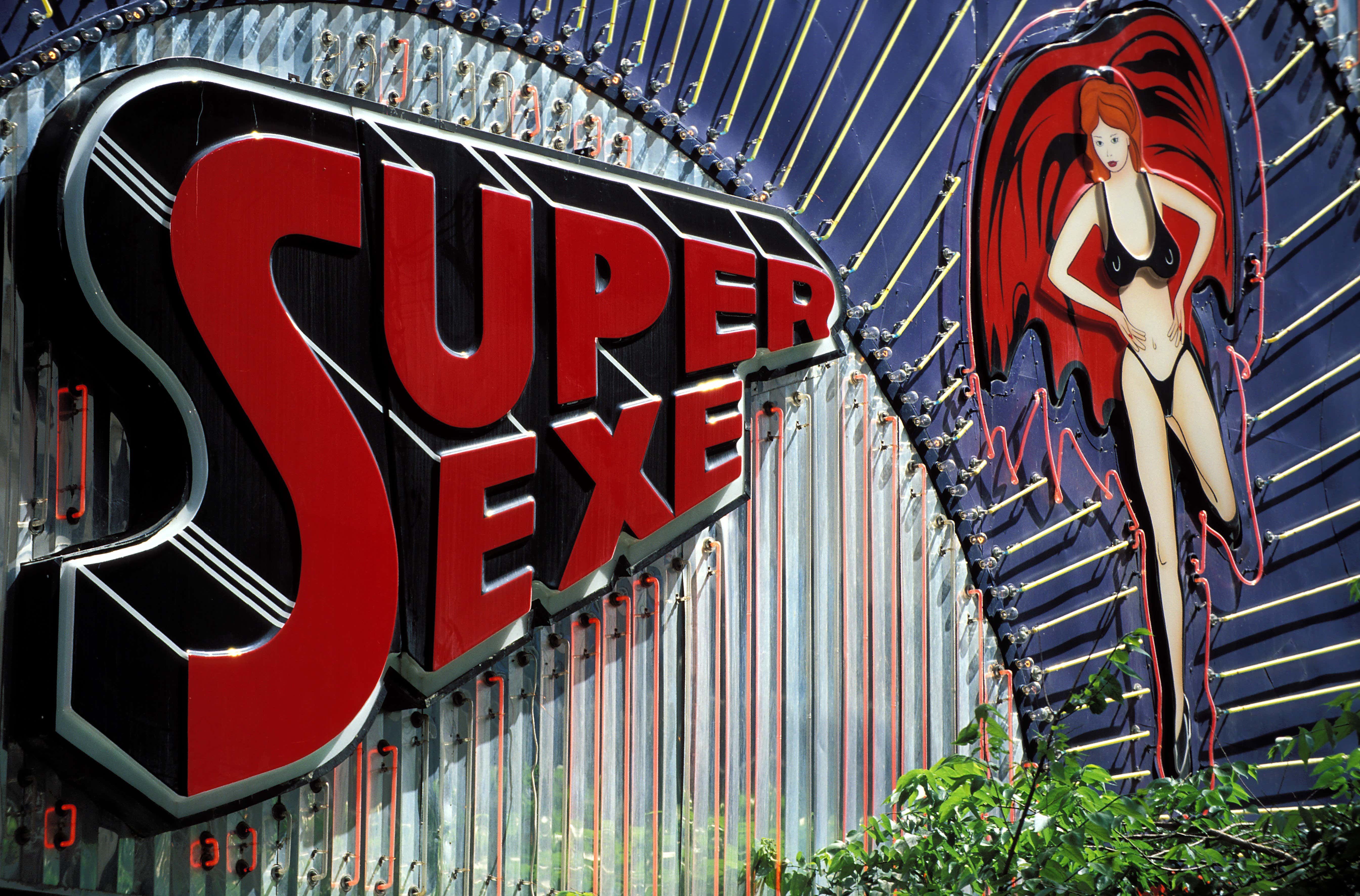 It was a gorgeous mélange of neon, DC Comics-trolling, and scantily clad ladies that served as a beacon for Saint-Catherine Street and all it offered. In short, it was an eye-catcher and beloved point of pride for Montrealers. And now it's gone.

“It’s a real tragedy that the sign burned down,” said Alexandra Tigchelaar, who worked at Super Sexe, among other strip clubs, in the 1990s and is now a PhD student whose research focuses on sex work.

“There were many opportunities to take the sign down and preserve it,” Tigchelaar said. “What has been lost in this space is decades of working class women’s history in this city.”

Club Super Sexe opened in 1978 and closed down in 2017. Its outdoor neon signage, which has long been considered iconic, remained.

Thankfully there were no reported injuries among civilians or the 105 jakes who responded to the call on 31 separate trucks. The investigation was handed over the arson unit so it sounds like some dirtbag put a bunch of lives at risk as well as destroyed forever one of Montreal's most famous and familiar sites. What an asshole.

(As much as Super Sexe was a go-to, you can't beat Chez Parée. Or its buffet. So I heard.)