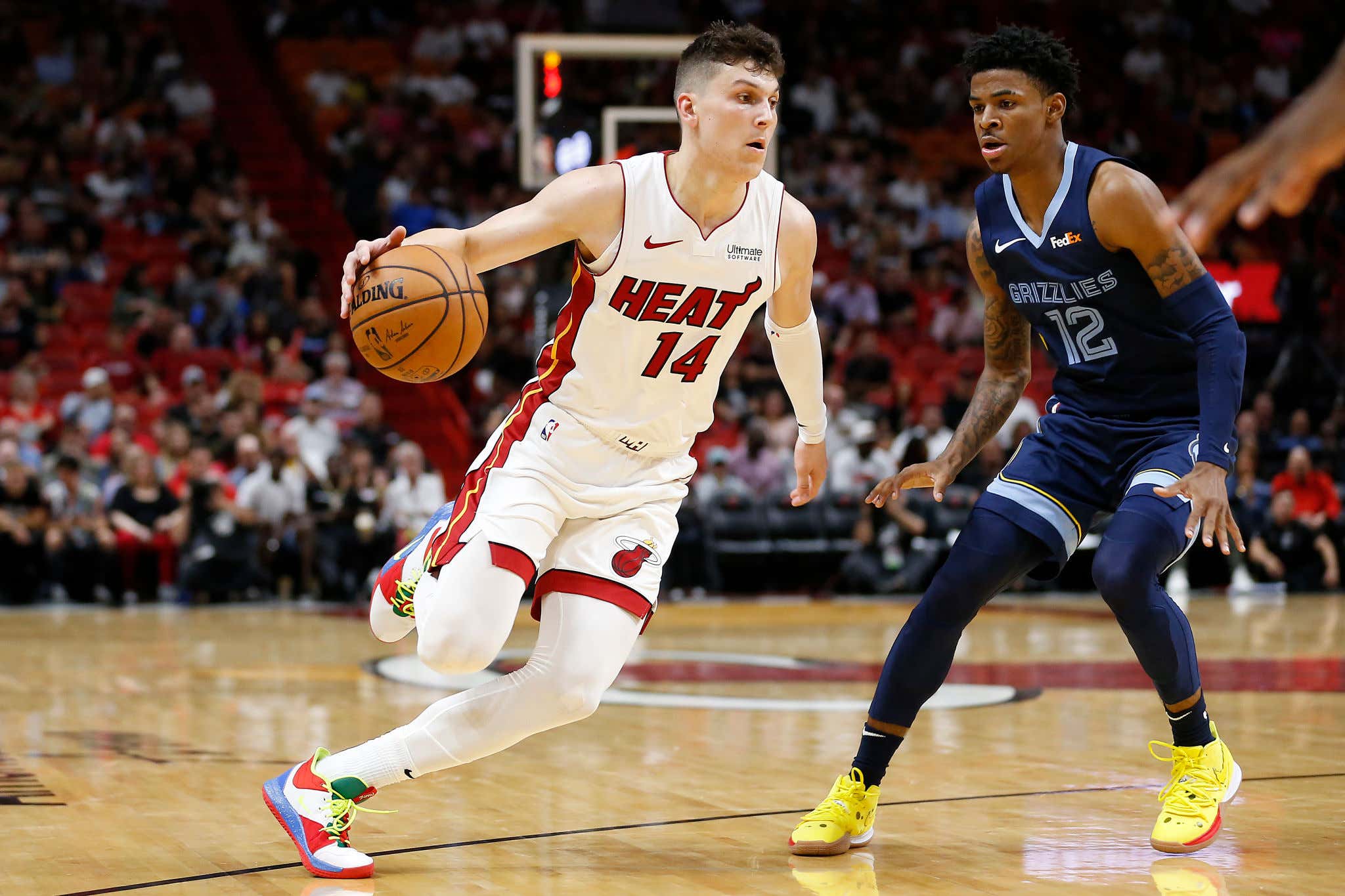 In most cases, you really want to focus on Year 3 when it comes to a young NBA prospect. Not always, but for the most part it's that season where we see young players take a legit leap and turn into absolute studs. It makes sense, they've gone though their rookie growing pains and are more familiar with the NBA game, speed, and lifestyle. Usually by Year 3 these young guys are starting to have more of a role with their respective team and begin to blossom into the stars that the franchise and fans hope they would.

This is relevant for this season because we're seeing some VERY legit leaps by some pretty important pieces from the 2019 NBA Draft. Their rapid development is showing to be pretty damn valuable to the early success of their teams, and you should have no reason to not buy into what we're seeing. You watch the games of the player's we're about to talk about and nothing seems unsustainable. It's your normal Year 3 leap that every fanbase hopes for.

So, if you haven't been paying attention to what Ja Morant is doing on the Grizzlies to start this season, I suggest you start watching him immediately. It's not just that he's tied with Steph Curry for the scoring lead in the entire NBA, it's how he's doing it. Ja is off to without a doubt the most efficient start to his career at 52/38% splits, and what's significant about those shooting numbers is the volume. He's taking 20 FGA a night which is up from 15 last year and his three point shooting is even more shocking. Ja is taking nearly 2x the 3PA last year and has seen his average jump from 30 to 38%. Any Grizzlies fan will tell you what a big deal this is if that continues. Having to respect Ja as a shooter will open everything else up for him offensively. Already elite at getting to the rim, now image how easier it will be if guys are charging out to close out.

In addition to his shooting we're also seeing Ja have career highs in assists, steals, and rebounds. I don't think anyone should be shocked to see Ja make his first All Star game this year, even in a loaded West at the guard spot. He's easily more deserving so far than previous All Stars from last year like Booker, Conley, Paul, or Dame.

RJ Barrett feels like a guy that came after two generational talents in the draft, struggled a little early and then had a bunch of people writing him off. At just 21 years old, that now feels pretty foolish after you watch him play. RJ is someone who showed us flashes that a leap was on the horizon last year when he shot 40% from three, and he's backed that efficiency up this season. He's making 2.2 3PM a night and is someone who I think you now have to respect as a three point shooter.

Unlike Morant who has seem massive leaps offensively, the leap for Barrett is really showing up on the defensive end. Given the scorers the Knicks already have, that development is huge. I don't think it's a stretch to suggest we could be watching an All NBA Defense season. Opponents are shooting just 42/35% against Barrett, and he's shutting down opposing team's best players pretty much every night. For perspective, when guys are being guarded by Barrett their FG% drops by 8.3% That's pretty massive.

So why should you believe in this leap? Because Barrett isn't suddenly going to stink on defense. If anything, he's going to continue to improve. The offense so far looks pretty similar to his solid year last season. The Knicks are rolling and Barrett's defensive leap is a big reason why.

Look, we all made the bubble jokes. We all laughed when Herro said he should be talked about on the same level as Ja or Luka. But listen, we also have to give credit where credit is due. Tyler Herro has been INCREDIBLE to start the year. The flashes showed up in the preseason and they've absolutely translated so far. For my money he's absolutely the leader in the clubhouse for 6MOY.

If you want to talk about what a leap looks like, Herro's season is the blueprint. Career highs in points, rebounds, assists, FG%, 3PM, 3P%, FTA, the list goes on and on. He's taking more shots (17 vs 12) compared to last year, and more threes as well (7.2 vs 5.5) so the fact that he's had nice jumps in efficiency with both is pretty damn encouraging for a Heat fan. He's doing all this while his minutes have been virtually identical (31 vs 30). So it's not like the only reason his production is up is because he's had a huge increase in floor time. Herro is just doing more with his minutes. You can tell because he's seen his usage% jump from 23 to 29%, but it's really more than just his scoring. Herro also is seeing improvement in his playmaker numbers, with his AST% jumping to a legit 24%.

I would best describe Herro so far as a microwave super sub. Guy comes in, hits his first jumper and the next thing you know he's 5-5 with 3 3PM. This production is a huge reason why the Heat are crushing teams right now, because they aren't losing a damn thing when it's time to go to the second unit.

The Hawks have a billion wings, all of which are proving to be really fucking good. We know about what De'Andre Hunter can do defensively, they just extended Kevin Hueter, and their vets in Gallo and Bogdanovic are legit. The question mark was always Cam Reddish though. Partially because of his availability due to injury, but what we did see in his first two years wasn't all that great.

Enter this season. Career highs in points, FG%, 3PM, and 3P%, we're starting to see the type of wing player I think the Hawks were hoping for when they took him 10th overall. The 3P% is what really stands out to me considering he's taking the highest volume of his career, and it looks like the Hawks have given him the ultimate green light. He's averaging an insane 25 FGA per 100 possessions and he's doing all this while seeing his minutes drop from 28 to 24 last year. Remember that playoff game where he made 6 3PM out of nowhere? Maybe that was more a sign of what was to come rather than this random prayer.

If we were to include some Year 4 guys, we could expand things a little bit. Mo Bamba is legit good now which is certainly surprising. Miles Bridges is having a career year before he hits the market as a RFA this summer, and Rob Williams is like 0.1 blocks away from leading the league (Horford leads).

While these are all things to monitor as the season goes on, there's no reason to not be thrilled if you root for any of the teams above. Hitting on lottery talent is so important in building a contending team, it's great when guys are taking the leap at the time that stars usually do it. I'm buying all four of the Year 3 leaps we're seeing so far, and honestly you should too.