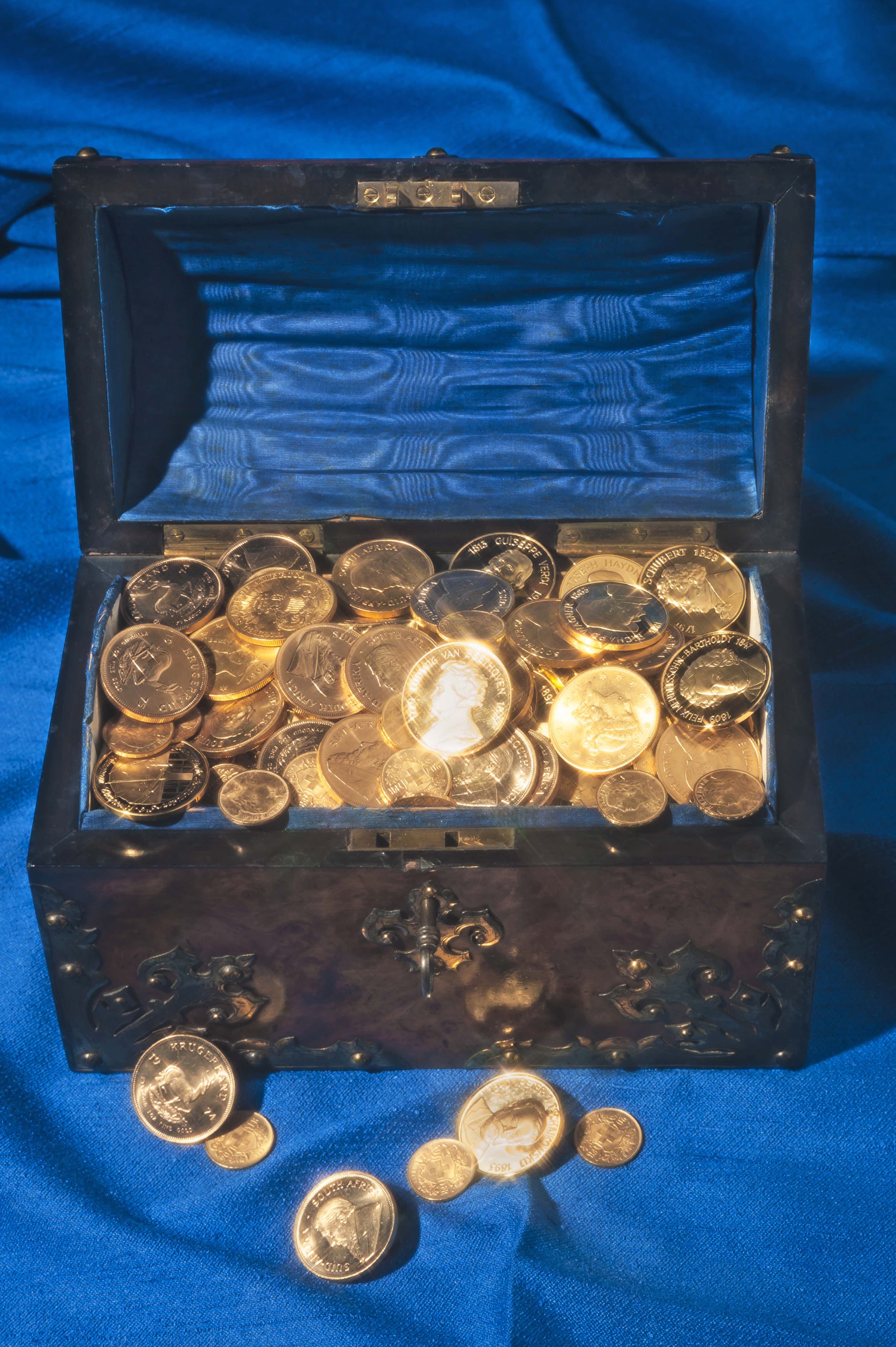 [Daily Star] - A team of treasure hunters are "on the brink" of unearthing a hidden £15billion worth of gold, jewels and artefacts in Finland.

If the 'Lemminkainen Hoard' is found, it is rumoured to be the largest and most valuable haul to ever be discovered.

The group, dubbed the "Temple Twelve", began searching in 1987 and have dedicated six hours a day, seven days a week over many summers in search of the treasure.

Alright there's a ton going on in this story so stick with me here. Long story short, people are about to be RICH. Like Richie Rich style. Now nothing gets me going like a good treasure hunt. That's mostly due to the fact that I think about Without A Paddle, which ranks somewhere below but close to Out Cold on most underrated comedies for me. Think about when you were truly happy. I'm not talking about hitting that underdog bet. I'm not talking about getting a number from the bar. I'm talking about childhood. Before there were bills. Before you had to worry about getting a number. Before all that, what was there?

Easter egg hunts. Ghost in the Graveyard. Treasure hunting shit. Now imagine that the treasure has been buried for 1,000 years, people have been searching since I've been alive for this and you're close. Not only that but the original group has a badass name. Temple's Twelve is a fucking awesome name for a group trying to find a $20 BILLION treasure. Look at that number again.

The group of "penniless" friends now believe they are just metres away from hitting where the treasure is and believe next summer will be the moment of truth.

From the original group of 24, which included 12 men and 12 women, only two members remain on the team since the excavation work first started on the cave system in 1987.

Only two still are around. That's a bad break as any to be part of the original group and the treasure officially gets found after you. But here's a problem. They have to wait! I'm assuming it's due to weather reasons, but there's zero chance I'm waiting until next year for my pay day.

I've seen National Treasure far too much to know how this would turn out. For every Nic Cage there's an Ian Howe or Mitch Wilkinson. Weather be damned, if I knew I was that close to being a billionaire, I'm not stopping. Six hour days? Fuck that. 12 hour days we do. Brick by brick. Hell, just look at Outer Banks. You think the Pogues would rest until the treasure was found? Nope. And they are just high school kids who live by no rules in North Carolina.

So what exactly is Lemminkainen Hoard?

The existence of the treasure was first acknowledged in 1984 when landowner Ior Bock claimed his family were direct descendants of Lemminkäinen, who are figures in Finnish pagan mythology.

Bock said the chamber on his large estate was sealed up with huge stone slabs in the 10th-Century to protect the treasures from invaders. He revealed the resistance of the temple because he did not want the story to die with his family.

Bock, who was quadriplegia from an earlier stabbing in his life, was killed by his former assistants in 2010 but the excavation continued following his death.

This treasure is allegedly stashed within the massive Sibbosberg cave system, which is 20 miles east of the Finnish capital Helsinki.

A murder? A guy who was stabbed multiple times and claims to be a direct descendent. This story has it all. Hell the Wikipedia page on this dude is one of the longer ones I read through. Feels like it's something Chief would talk about on Dog Walk or WTF. Can you actually trust this guy? I have no idea. But the thought of a $20 billion treasure just sitting in these caves is clearly enough to have people start looking. Hell, being right is almost - ALMOST - as good as getting all the money. Very few things beat being right especially when you literally dig your heels in and find it.

All I know is we're apparently meters away from the biggest treasure ever being found. How are people not flocking to Finland and stealing it? How is this not being talked about all over the place. Treasure hunts fucking rule. Now let's get these 3 on the horn.