[Sun] - Supporters invaded the Arena do Gremio pitch to smash up the VAR system after Elias' goal was controversially ruled out for offside which could have secured them a point.

Instead, they conceded in the 94th minute after Breno Lopes wrapped up the victory for the visitors to leave Gremio facing the shock possibility of relegation.

And fans of both teams clashed in the stands as they exchanged punches along the side of the glass divider.

Like there was any other outcome here? You take away a goal to save a point in Brazil, just be prepared for that VAR equipment to get ragdolled. Now we just gotta talk about these videos because there's a lot going on. First off, apparently no one is going to wear a shirt in Brazil. Listen, I'm not going to tell them to put one on. Look at how they react to a 3-1 loss. Imagine trying to tell these grown men they simply aren't dressed enough. No thank you. Big fan though of this guy taking it to the field himself. 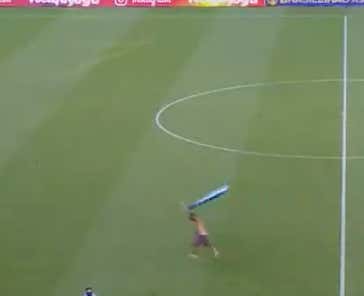 Then at the 25 second mark, we have what appears to be the greatest field goal kicker alive this side of Justin Tucker. Can we get him on a contract somewhere? 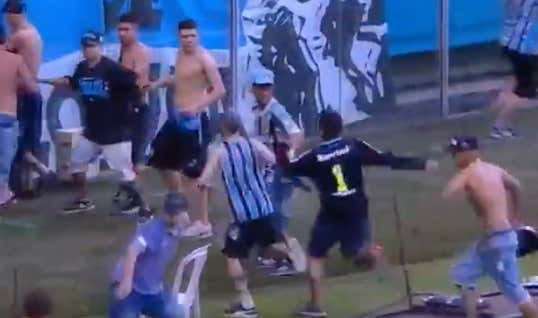 Sent that  chair to the moon. Then again, when you're a grown man unironically wearing jean capris, you gotta be able to do something cool. Then we get to the fight video. Honestly? I'm shocked one punch even landed. 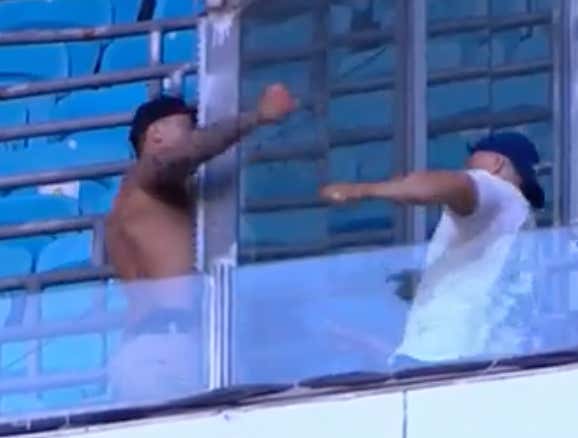 Not exactly haymakers being tossed here, but I appreciate the effort to fight around a glass divider. That said, my favorite part is when the two guys BEHIND the first guys fighting try to throw punches. Dudes are like 5'6" with a 5'8" wingspan. They aren't reaching around that glass divider. Not even close. Need to know the thought process here because it's just … it's just sad. There's no other way to describe that fight. That said, not as tough of a look as this dude with his ass hanging out. 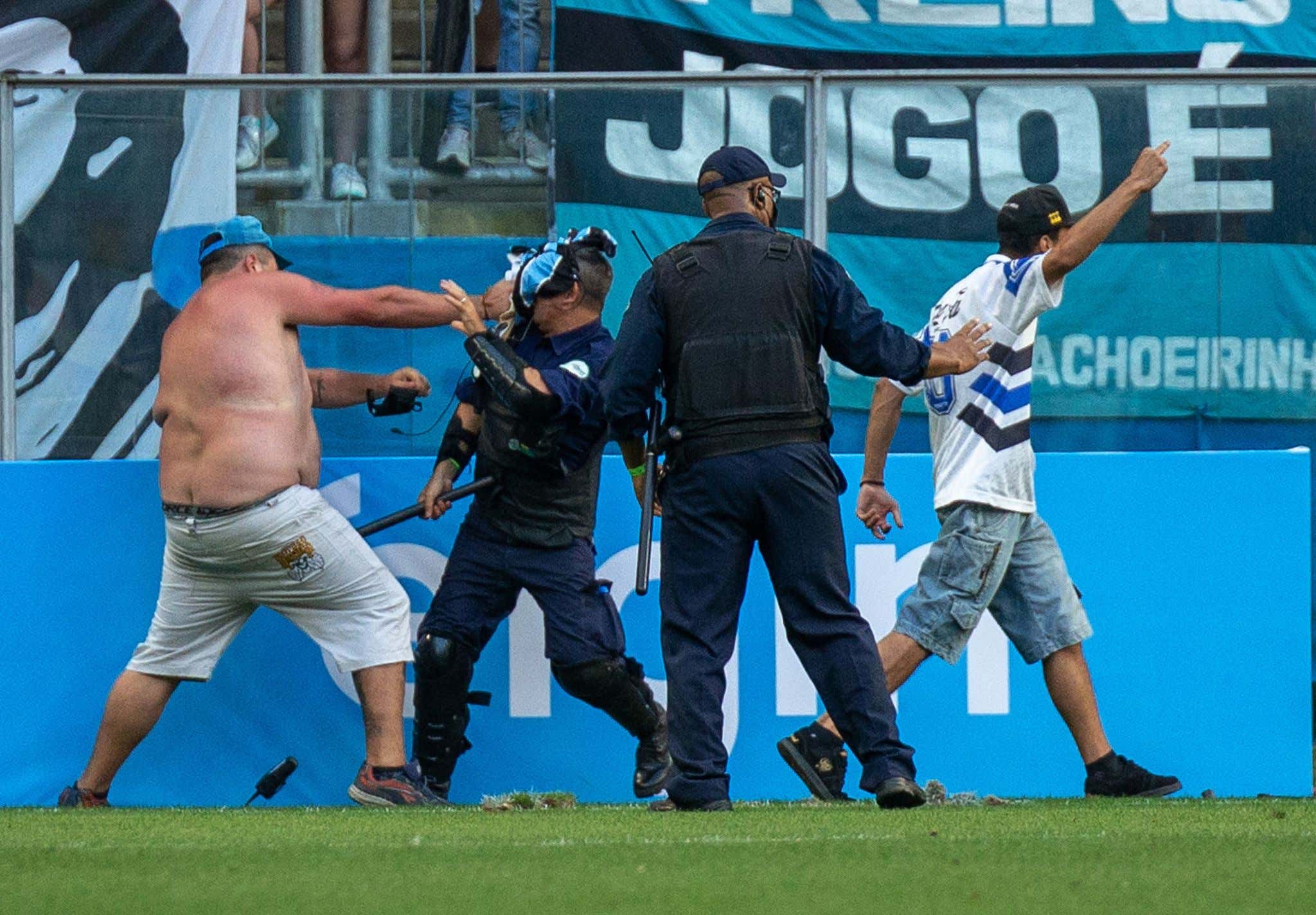 Life lesson for those younger than me: if you see a man with his ass hanging out like this. Don't fight him. He has nothing to lose. Just like Gremio fans. 19th and facing relegation? They are going to LOSE THEIR MINDS the rest of the season.