That's wrong. A bad look. Stupid. Embarrassing. Look at me, look at me.

Myles Garrett, every time I blog about you, the comments section gets filled with people still talking about the time you attempted to murder Mason Rudolph. I've tried to move on from that lack of judgement, but this, this is idiotic. The Browns just had an embarrassing loss at home, and you come to the postgame press conference in a costume? Yeah, I get it, you're really good. You had a good game. You lead the NFL with 10.5 sacks. You might be Defensive Player of the Year.

BUT OUR TEAM JUST GOT EMBARRASSED AND WE'RE IN DEAD LAST IN THE DIVISION.

There is not a bigger laughing stock in the NFL right now than the Cleveland Browns. Had Super Bowl aspirations coming into the season. Halfway through, dead last in the AFC North. But at least our QB makes funny commercials and our defensive end had a funny Halloween costume, decorated with all the quarterbacks he's sacked in his career. 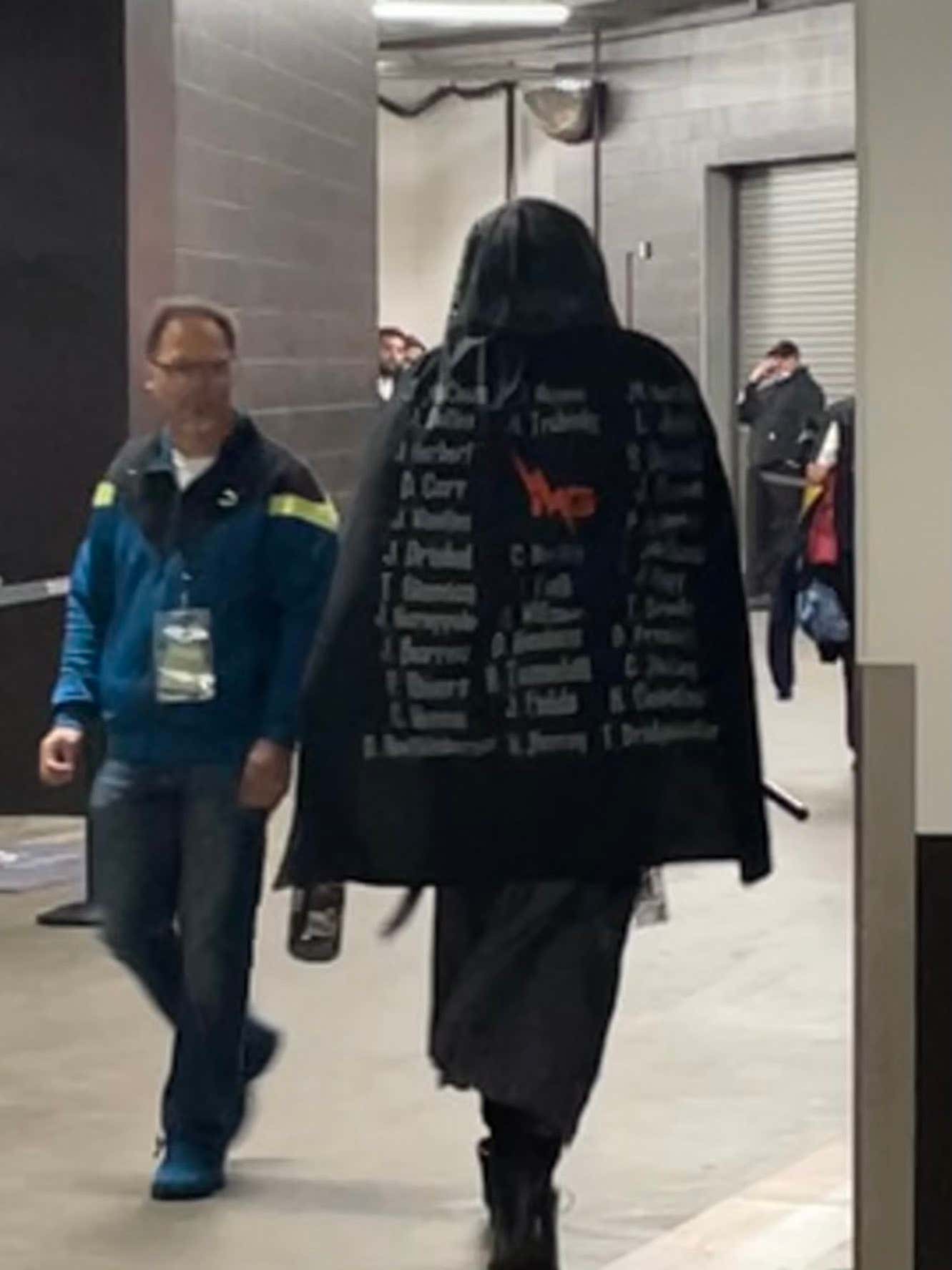 Cute before the game. After a loss? Bad move. It's a team game, not all about you. This is completely tone deaf.

If I'm the Steelers I'm having a ball boy run to Party City and grab as many capes as he can while we shower and do interviews. Whole team wears a cape out of Cleveland Browns Stadium and onto the plane back to Pittsburgh. These guys have to be laughing at us.

This is one of those moments where us fans need to realize the players don't give a shit. It means more to us than to them. Embarrassing loss at home to the rival Steelers? Last place in the AFC North? Let's put on a Halloween costume. Jackass.