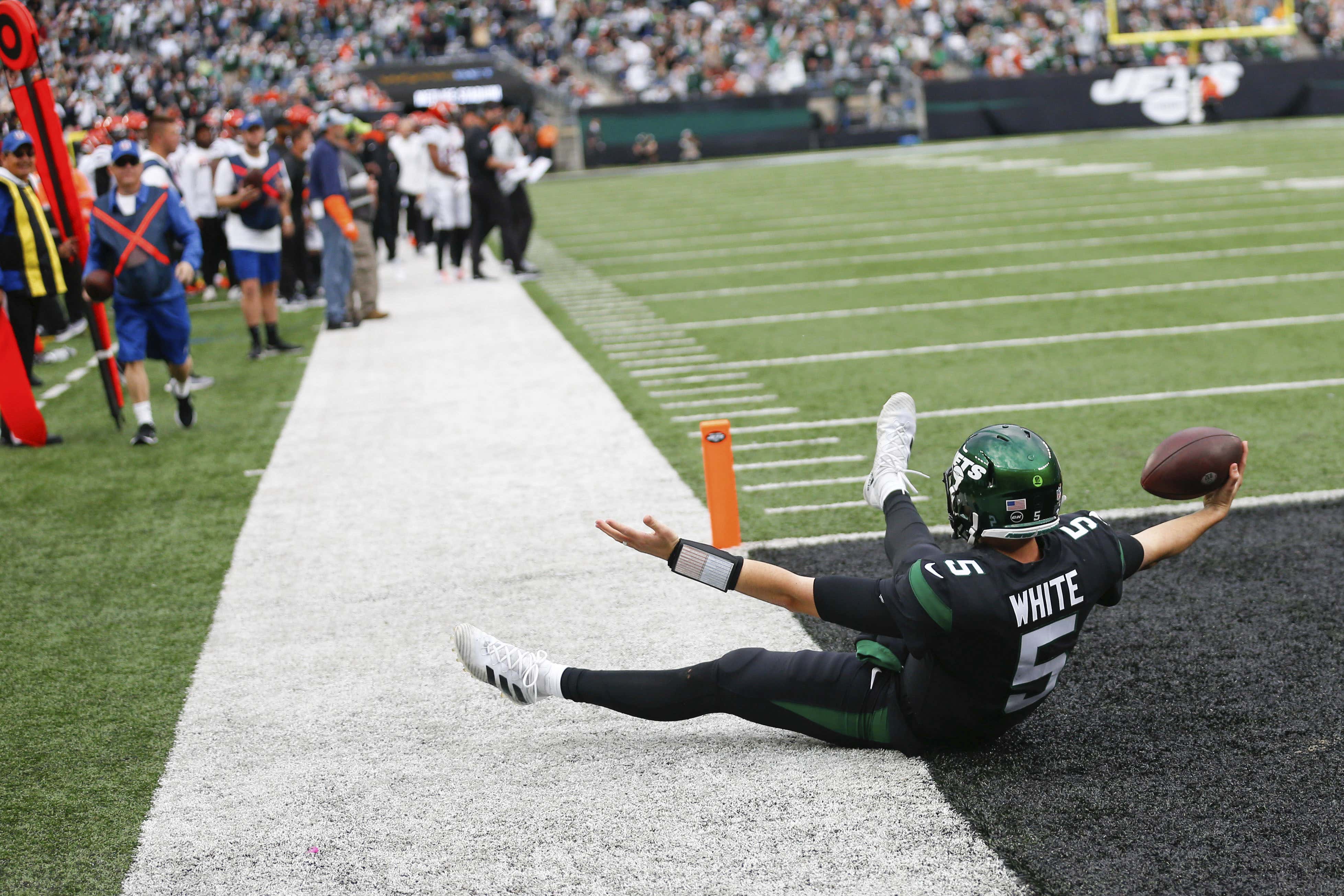 Time after time this season I have been talking about how good the Jet's defense and the team as a whole could be… If only the offense could maintain drives and not turn the ball over… Today we got a taste of what the team was capable of if the offense can put up a decent fight. Before we get to the Mike White situation, we need to highlight how good the defense is.

Huge interceptions to change the momentum?

The Jets' defense is really good, it has just been hard to show how good they are in regards to how much the offense was asking of them in past games.  The Jets' defense only gave up 314 offensive yards against a great Bengals team.

So this brings up a lot of questions. There are a couple of scenarios that could explain Mike White's day.

Are the Jets, as a team actually good and Wilson was addition by subtraction? OR Mike White is really, really, good and lifted the Jet's quality of play. Is Mike White that good or could anyone (except Zach Wilson) put up those numbers playing with a great Jets team around them. Is Mike White interchangeable that any journeyman could have performed that well like a Josh McCown? In my opinion, Mike White outplayed an average veteran journeyman. He played from behind for much of the game and the stats reflected that. All his picks came on check-downs which shows they were all pretty flukelike. Mike White is the first 400-yard passer for the Jets since Vinny Testaverde in 2000.

All of these plays were amazing but we got to figure out whether Mike White can show up every week and maintain this level of play. His execution of the New York special play has now polluted my mind into thinking he is a Nick Foles type player.

Mike White is a great game manager that's for sure, do not know if he is a playmaker yet, I do not see him extending too many plays and being Mahomes. (Something Zach Wilson could potentially turn into)

I am going to have to judge Mike White by his interceptions. He had 2 and both of them were from tipped passes.

These picks are not that bad at all. Compared to some of Zach's these interceptions are actual unlucky tips.

Mike White has proven in this game that he can consistently game manage, and make the essential plays. If it was not for those picks giving the Bengals great field position, the game would be nowhere as close. The question on when Zach Wilson comes back who will start is a tricky one.

Seeing if Mike White can consistently bring the same magic he did today next week against the Colts will be the first indicator. The thing is, Zach Wilson may have a way bigger upside if he is allowed to sit behind Mike White and learn slowly. Patrick Mahomes didn't start right away, Aaron Rodgers did not either. I think they should 100% keep playing Mike White if he keeps performing like he did today. Zach would benefit more from learning behind him and reassessing the situation next off-season. Mike White will get traded most likely or sign somewhere else if he has a decent season while Wilson sits. Mike White is on a one-year deal, Wilson has a much larger contract. If it comes to it in the offseason, it will make more sense for Mike White to pursue the market in free agency. Not sure of the exact numbers but I don't think the Jets will have the cap space to sign him to a starter's big contract. I still think Zach Wilson can be a very good QB in the NFL. He just needs time still. Starting him from the jump was definitely a mistake. Zach Wilson had some decent games, it was just his inexperience and rookie mistakes that overshadowed all of his play. Mike White probably should have started from the jump but throwing Wilson into the starting role was huge for Jersey sales and interest in the team. Now they should take the time to develop Zach while Mike White starts. I'll let you know by the end of the season If Mike White should get the face of the franchise money, for now, develop Wilson and ride the Mike White wave. Mike White has been a journeyman throughout his whole career. Him receiving the “The Boca Raton “Wet The Beak” Ponzi Scheme Awareness bowl presented by Pardon My Take Presented by Barstool Sports” trophy may be a huge indicator that he might be the guy.

Also, a huge football guy move to want the crowd to stop chanting your name so you can run the offense.