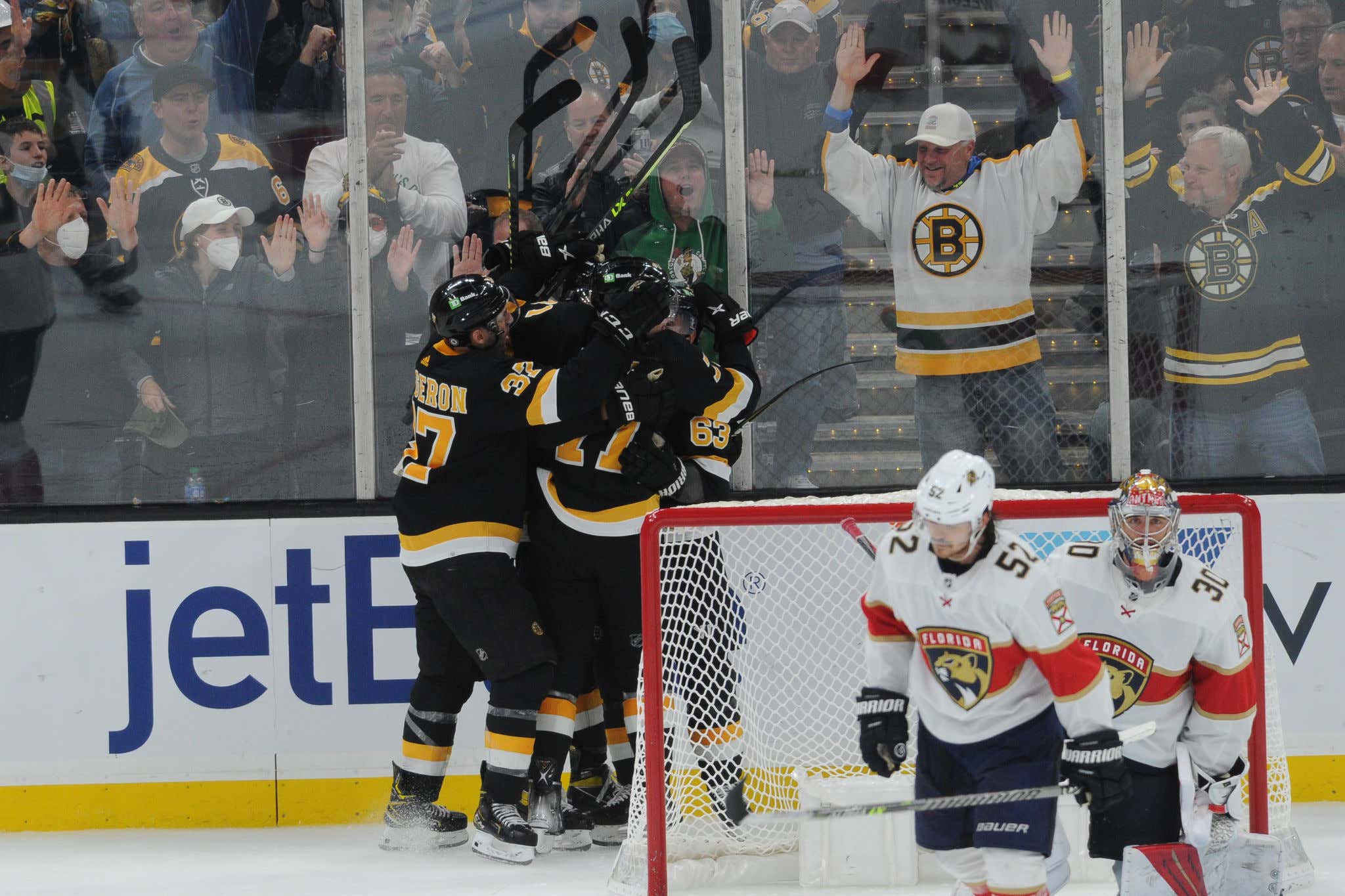 The Florida Panthers are undefeated no longer (well they are still undefeated in regulation). The Boston Bruins with a massive bounce back win at home against the best team in the league. Let's get into it.

Charlie Coyle opened the scoring late in the 1st. Absolute snipe from the dot. 1-0 Bruins.

47 seconds into the 2nd Anthony Duclair walked Derek Forbort to tie the game. Bergeron went for a change that led to a Panthers 3 on 2. 1-1.

Craig Smith drew a hooking penalty with 6:43 to go, and Charlie McAvoy tied the game thanks to a slick feed from Brad Marchand. Finally, a Bruins PPG. 2-2.

Brad Marchand and Charlie McAvoy nearly converted on a 2 on 1 but it would end in a SO. Both teams

Charlie Coyle scored the lone goal in the SO. Silky move.

- Craig Smith returned for the Bruins tonight. Missed the last three games due to a 'nagging' injury. Jack Studnicka was the healthy scratch. Charlie Coyle moved back to 2C. On the flip side of things both Sam Bennett and Jumbo Joe Thornton (IR) did not play for the Panthers.

- On defense Mike Reilly slid down to play with Connor Clifton with Matt Grzlecyk moving up to play alongside Brandon Carlo.

- We saw Bruce Cassidy flip David Pastrnak and Craig Smith midway through the 1st. Lines continued to get juggled.

- Charlie Coyle's third goal of the season opened up the scoring with an absolute rip. Taylor Hall picked up his 600th career NHL point with an assist. Hall would pick up career point 601 on the secondary helper on McAvoy's PPG… Coyle picked up the SO winner, by far his best game of the season.

- Special teams FINALLY came through late in the game on the PP to tie it up at 2. HUUUUGE Charlie McAvoy goal.  Even better feed from Brad Marchand. You could argue both penalties that led to PPGs (for each team) weren't realllly penalties. The shift before his goal McAvoy lit up Luostarinen at center ice…

- Pretty hard to score goals when you don't shoot the puck on odd man rushes! Never seen a Bruins offense this trigger shy.

- Linus Ullmark got the start in net. Great bounce back game for him as well. Made all 3 saves in the SO, including 33 of 35 saves in regulation + OT.

The Bruins & Panthers both honored the late Jimmy Hayes by wearing warmup jerseys with 'Hayesy' and 'Broadway' name plates and a pregame tribute. Great gesture.

The B's have yet another long layoff, they don't return until next Thursday when the Detroit Red Wings come to town.