As the NASCAR playoffs wind down, Spider and I are trying to give gamblers something to look at going into the race each weekend, and we are running out of weekends.

Next week, the season ends in Phoenix, and Spider and I are taking Carl out for his first NASCAR race ever.

So our second-to-last Feature Matchup of the Week is going to be a battle between two drivers who have had recent success at Martinsville Speedway which is the last of NASCAR’s original oval tracks and the site of this weekend’s crucial elimination race before next week’s Cup Series Championship in Arizona.

Both racers are dangerously close to the cutline with Blaney (-1) and Truex (-3), sitting 5th and 6th in the point standings heading into this weekend’s race at ‘The Paperclip’ in Ridgeway, VA.

You can find the matchup under the Head to Head tab on the Barstool Sportsbook. 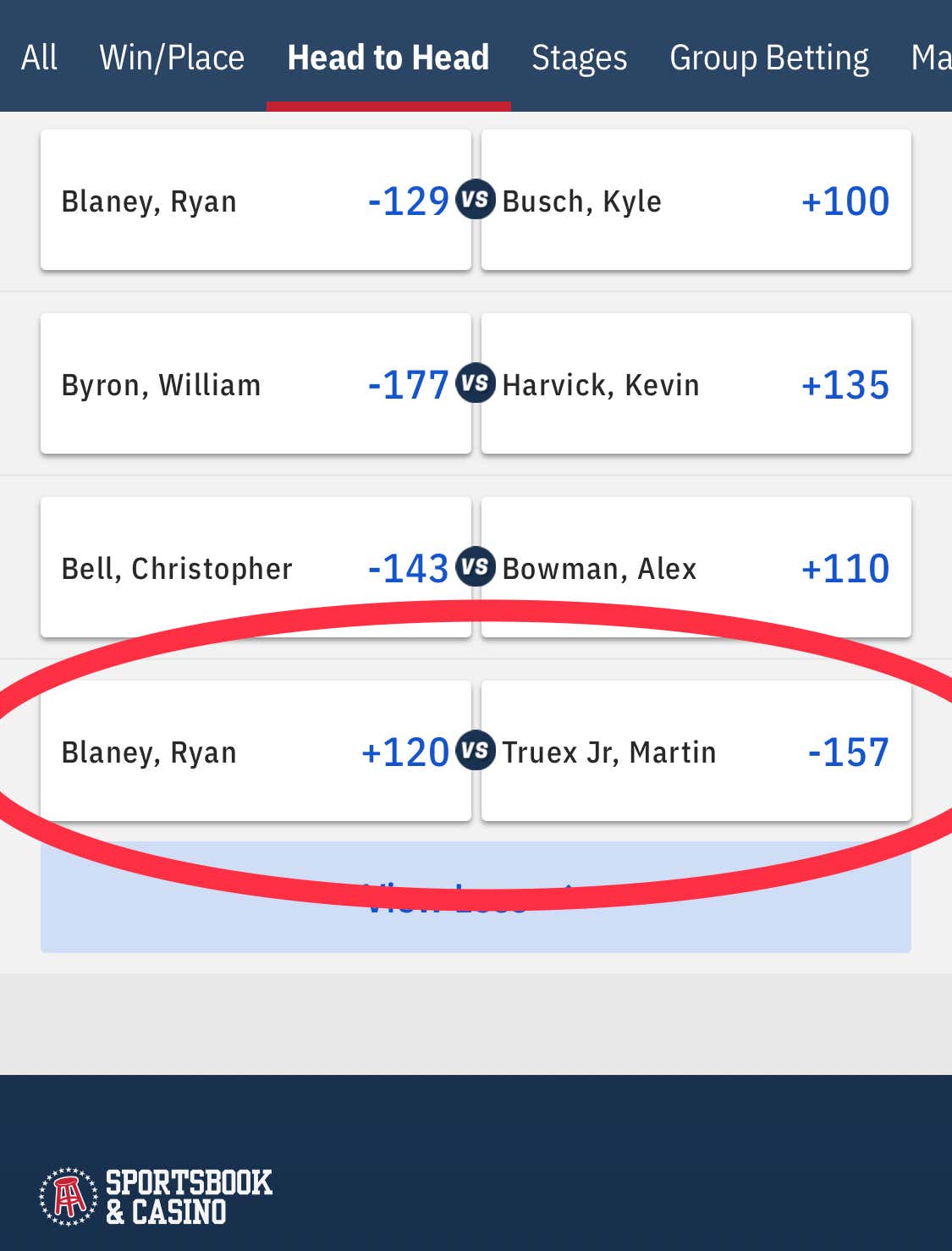 Truex won the most recent Cup race at Martinsville in the spring, while Blaney had a strong showing in the event leading 157/500 laps.

After meeting so many drivers this season, I am starting to feel like I have a horse in the race each week. And, all other things considered, Truex was probably my best interview so far, so I am taking the favorite in this head-to-head, riding with the 41-year-old guy from New Jersey, while Spider is taking a much younger Blaney… For those keeping score at home, this is the 6th week we have done this and I am up 3-2 on my youthful friend.

NASCAR's Xfinity 500 from Martinsville Speedway starts at 2 PM EST on Sunday and can be seen on NBC.

And we'll see you in the desert next week…