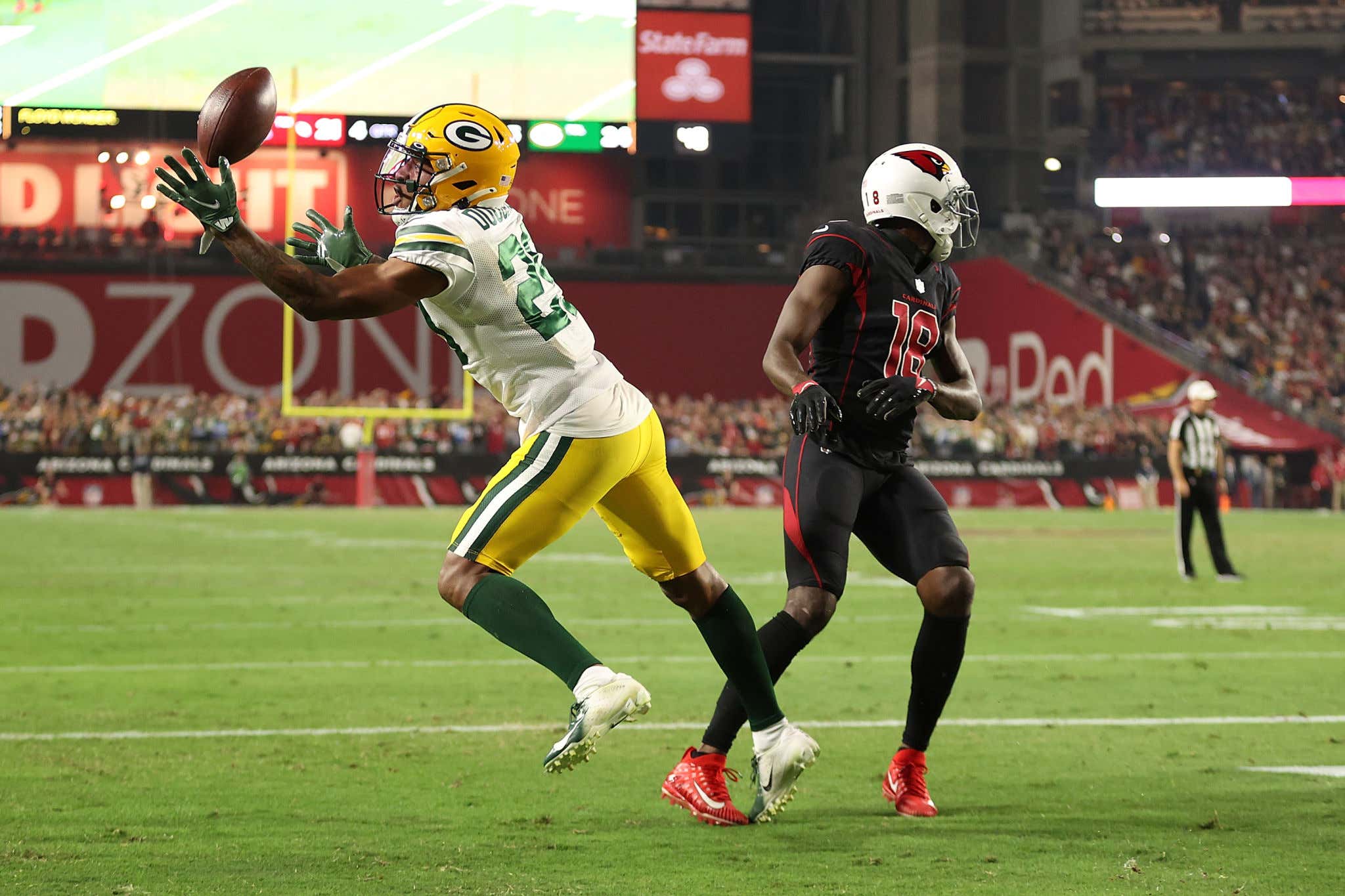 Last night's win by the Packers was nothing short of phenomenal. I know every team has injuries, but to beat the undefeated Cardinals on the road without Davante, Lazard, MVS, Jaire, Z, and Bahk on a short week was something else.

It was looking like another devastating loss in Arizona, but Rasul Douglas and a miscommunication on AJ Green's part secured the W.

Miracle. The best part about all this is that Rasul Douglas was rotting away on the Cardinals' practice squad just three weeks ago when the Packers decided to pluck him off there to add some depth to the secondary. It was the first time in his career he found himself on a practice squad after a four year career between Philly and Carolina. Injuries to Jaire Alexander and Kevin King forced the Packers to look outside the organization for help. Everyone wanted Stephon Gilmore when New England put him on the block, but Gute couldn't make a trade work there. Douglas was brought in and went from feeling completely worthless and out of the game entirely to playing regularly again in a matter of 10 days or so. Now he just made the game winning play to takeaway Arizona's undefeated season. What a fucking great feeling that has to be. Ultimate revenge which every athlete dreams of. Douglas is a hero as far as I'm concerned. Can he just play over Kevin King when everyone is healthy? Just go Jaire-Stokes-Douglas. I don't need Kevin King losing me football games anymore if we don't have to.

P.S. this picture of the Cardinals fan in pure agony and defeat is so perfect 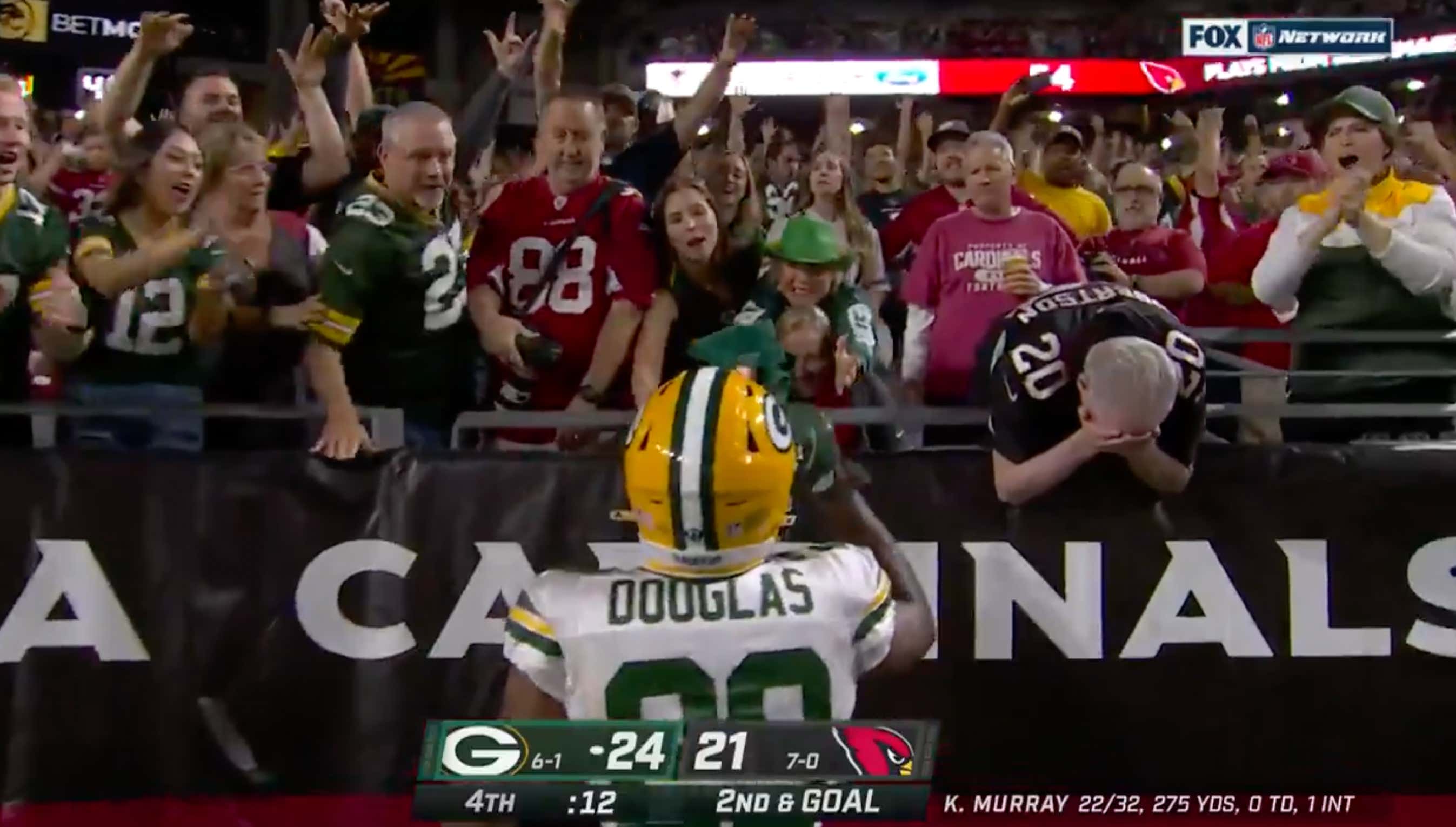