5 FOR 5 OVER PARLAY BOOST

“I got 5 on it!” must be heard 10,000 times in a casino when a group of gamblers is about to bet.  I think I say it twice a week actually. I absolutely love these Boosts; it's like a one-stop-shop for my Friday night gambling.  At the end of a long week, where everyone has to make decisions, it feels good to just get some action and sit back and watch all the games.  I understand an under can come in but who sits there and actually says this game would be great if no one scores. Maybe we can chip in and get to Biz say that on TNT? My concern is that the Great One would absolutely slice and dice our guy if these words came out of his mouth.

This boost also allows me to get a 5 total when most games now are 6... See that is one less which means we have a better chance to win... Whit’s not the only math guy!

Hurricanes vs Blackhawks - There already is a hurricane happening in Chicago and rightfully so with the news coming out. Does Brady Skjei get the "Chiclets' Bump" and pick up a few points for us?  Carolina will press the Hawks all over the ice and turnovers will happen.  For this game to get to 5 it must happen early… Whether it is a PP or something Hawks need to score first, but if Carolina takes a lead they will shut the mill and win but I will be the fan yelling shoot it whenever either team is in the offensive zone.  For the Chicago contingent, if you are gonna lose at least make the game exciting with more goals.

Red Wings vs Panthers - Panthers are hotter than Miami in late August, fewer bugs but hot like when you are walking around and your shirt looks like someone hit you with a water balloon. Florida has gotten scoring from 3 lines and should get a few past whichever goalie Detroit struts out.  I am personally hoping for Greiss. Detroit plays a rough and tumble style of hockey that fits the personality of their fans. I think this game will be 3-3 decided in OT.

Rangers vs Blue Jackets - To say the Rangers are having a tough time scoring would be like saying the best place to be during a rainy day is the NYC subway. Rangers have paid players to score and it is not showing up. Tonight is the night I think we see an uptick in the goals column. Panarin is too good to not score at will and did Amazon deliver gas to MSG today? I hope so. In 5 games, the Jackets have scored at least 5 each game. We are going to need our guy Werenski to tuck a few for the boys. Fun fact: MSG has the worst benches in the NHL. It's like sitting on a Spirit airline flight.

Capitals vs Arizona - Speaking of Russian gas this game is all about the great 8. When he is firing the whole team knows it's point night. He is well aware of the record he is chasing and with the Yotes in town, he knows he has to get a few. The NHL must dislike the Yotes. I mean go from playing the defending champs, get on a midnight flight to DC, get to the Ritz at 2 am, try for some sleep and wake up to play the Caps. That is brutal but if they are tanking maybe it's a big brain move? Anyway, if the Yotes can get 1 or 2 this game will be over by the end of the 2nd period.

Giphy Images.
Golden Knights vs Ducks - Vegas is rallying even without their top two players and I am on board with this team. The Knights with a couple of wins on the road now come home to the fortress to get 3 in a row. Word on the street in Sin City is that the fans were starting to pile on the team for not winning at home so expect a big performance tonight. Here is the call of the night… Knights score a PP goal. The team is 0-for life and it's embarrassing. Imagine being on the Ducks plane last night landing in Vegas, seeing the strip, and having to go right to bed. I would be shaking not being able to throw dice a few times. The team lost last night to Sabres (wagon) in overtime. They have been playing well and tonight we need Zegras to get one for the over. 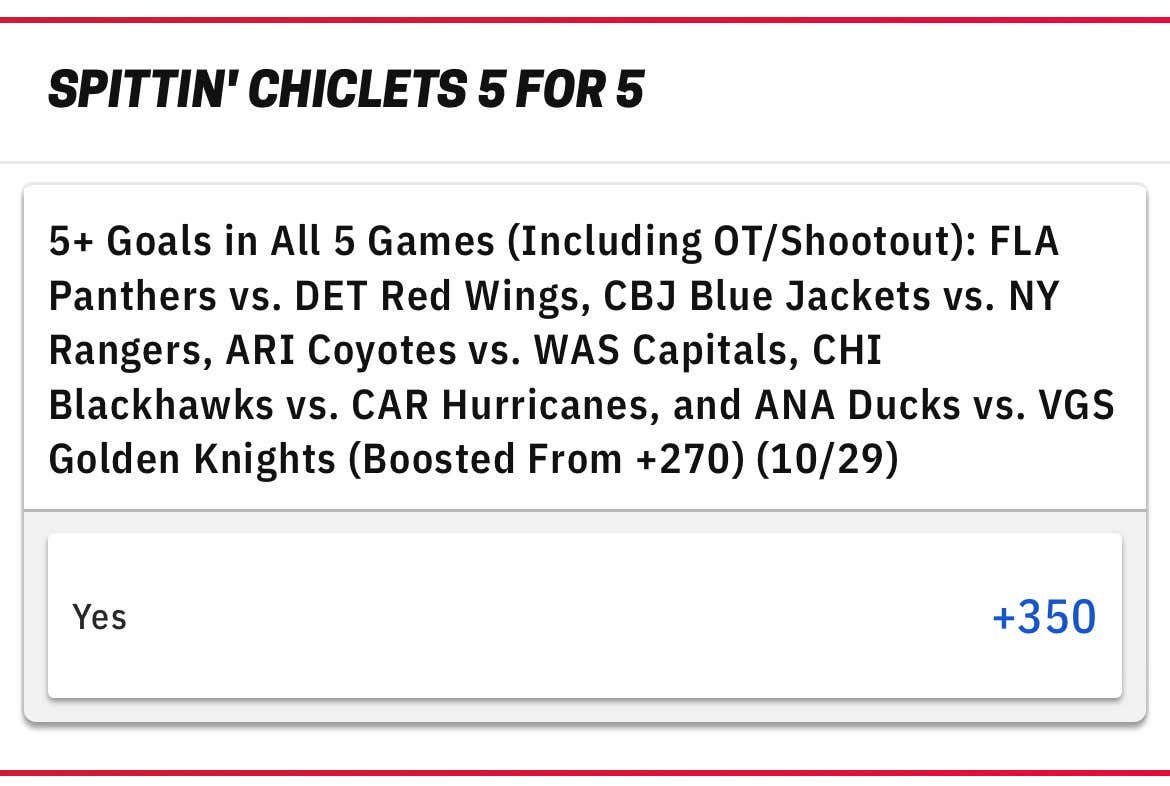 5 Steps to a big Friday