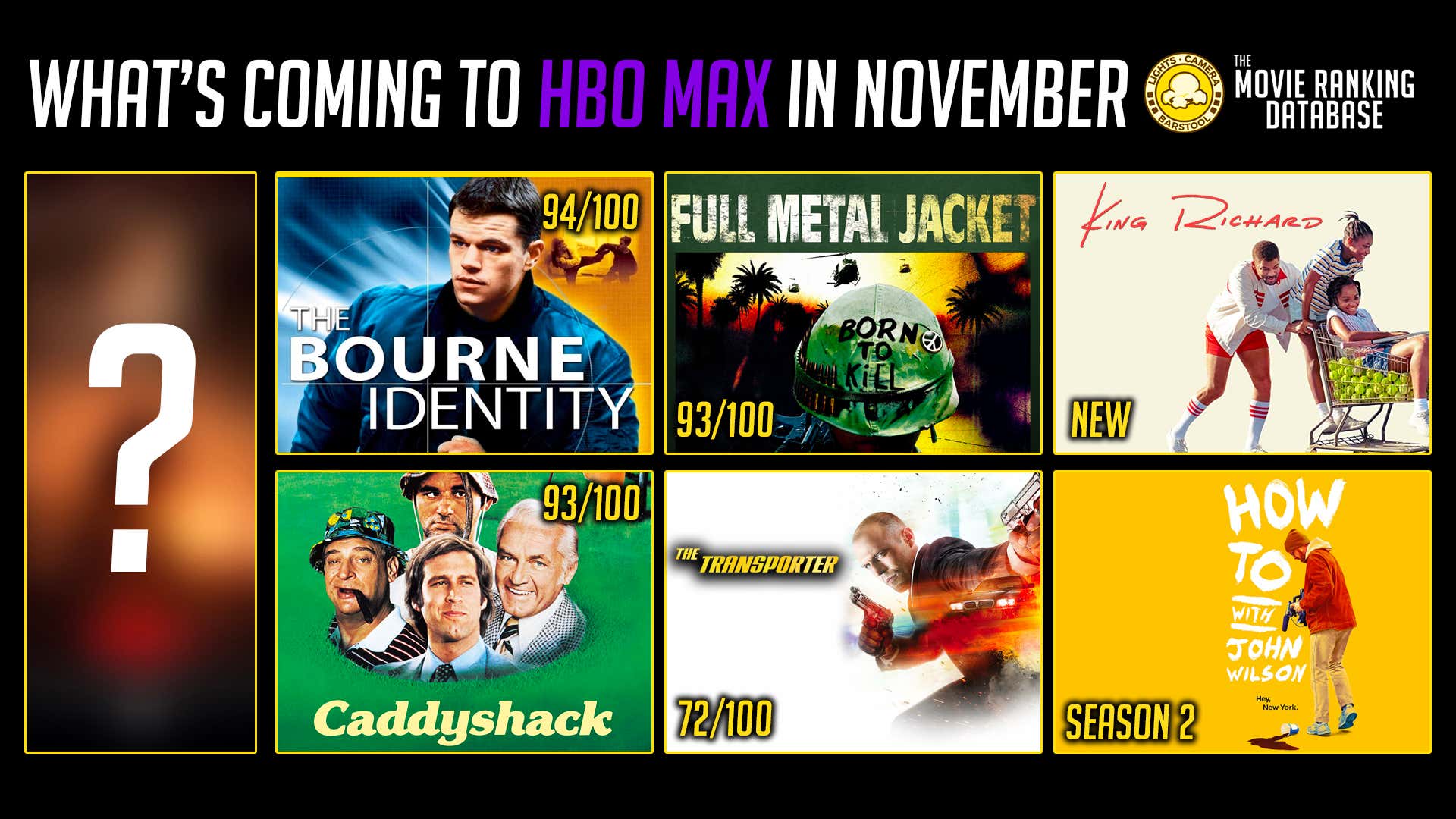 One of the best comedies ever made without a doubt. Beyond that, it also holds up extremely well on rewatch! Not a lot of comedy is that universal across time periods believe it or not.

As someone who is not overly familiar with anything tennis, I'm excited to watch this. Will Smith has sneakily been on about as cold a streak as an actor can be on, so hopefully this can buck the trend.

I love this fight scene so much. Shaky cam has become rather stale, but this was really revolutionary at the time! I love the first few Bourne movies and will always tune in for that blue-filtered European spy thriller action.

November 26th: How to With John Wilson S2