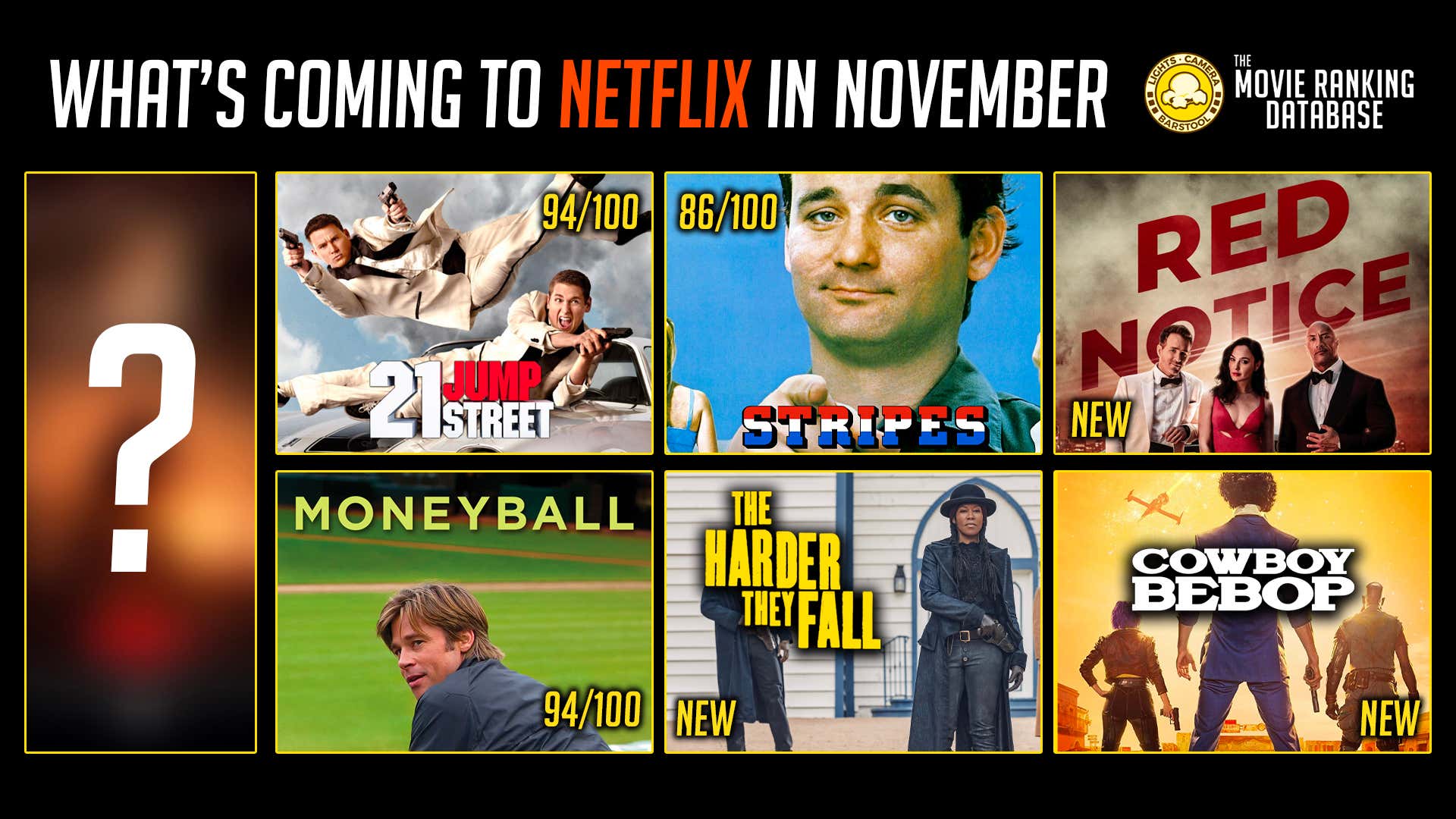 This movie still kills me. This scene in particular is a stroke of genius if you ask me.

This is a new, huge-budget action movie with big trio attached. I think you can expect an over-abundance of CGI, cheesy lines and decent action.

The Harder They Fall - November 2nd

When an outlaw discovers his enemy is being released from prison, he reunites his gang to seek revenge.

This is a very exciting looking western with a massive cast. Beyoond that, it's also directed by a guy who goes by 'The Bullitts'. That fucks.

November 2nd: The Harder They Fall

November 1st: Beowolf, Billy on the Street, Catch me if you can, Cloudy with a chance of Meatballs, Deep Blue Sea, Ferris Bueller's Day Off, Forged in Fire, Jaws, Legally Blonde, Little Monsters, Major Payne, Malcolm X, Mortal Kombat, Once Upon a Time in America, Swordfish, Tenacious D in the Pick of Destiny, The Davinci Code, The Heartbreak Kid, The Losers, The Nutty Professor, Welcome Home Roscoe Jenkins, Yes Man