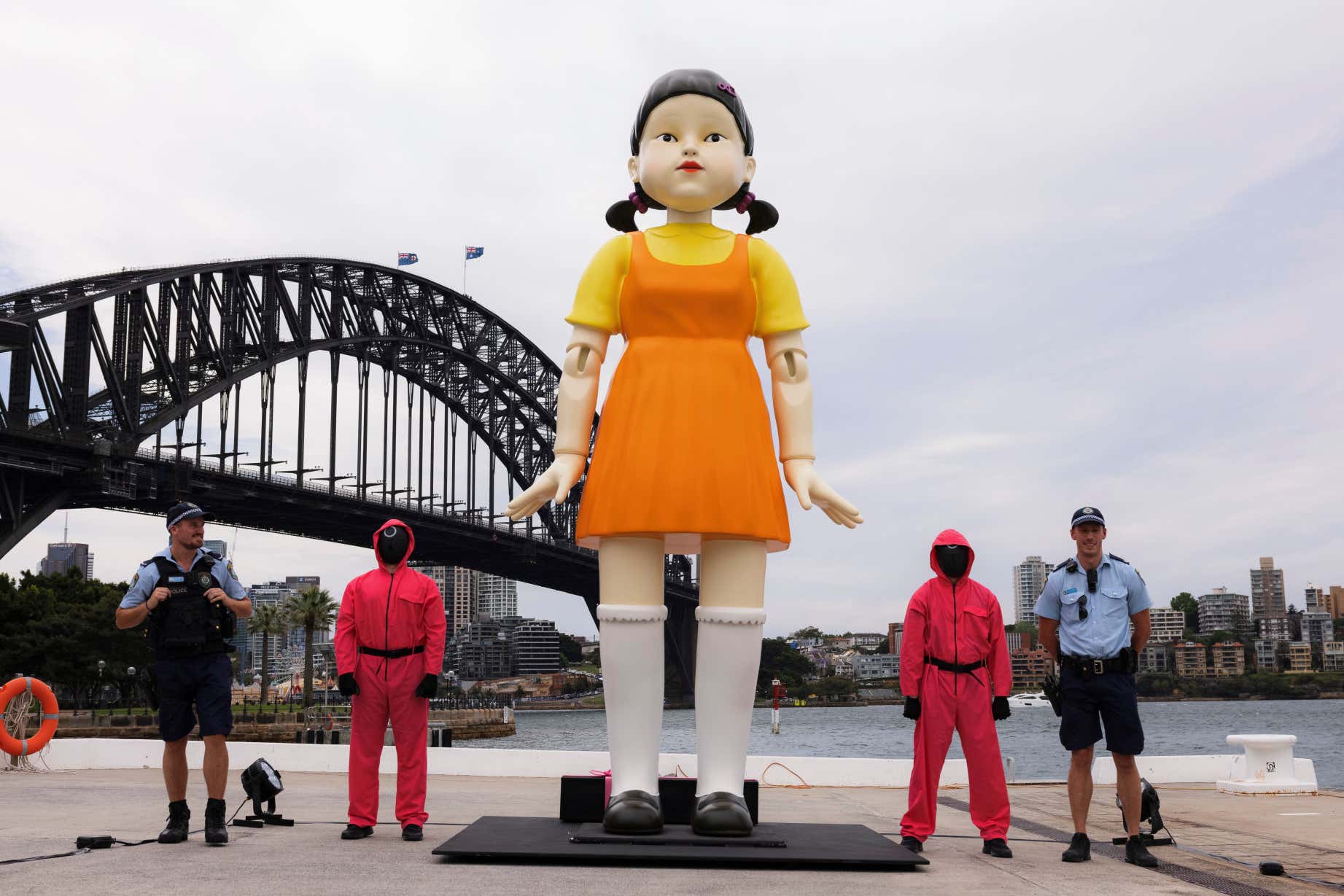 Perth Now- A giant replica of the creepy pigtailed doll in Squid Game has popped up in Sydney. And it’s no a coincidence that it’s arrival is just in time for Halloween. Netflix, the streaming giant behind the hit Korean show that has been watched by 142 million households and added 4.4 million subscribers to the platform, commissioned the Red Light, Green Light doll and it will stay at 4 Circular Quay W in The Rocks until Monday.

The 4.5m doll weighs in at three tonnes and just like in the series, it can turn its head, chants “red light, green light” and has motion-detecting eyes to eliminate players who get caught. But anyone brave enough to enter the arena can breathe a sign of relief — they won’t face the same fate as the players in the series, who are gunned down. Participants will need to check in with QR codes and show proof of vaccination (or medical exemption) to play a less deadly version of the classic children’s game that sees players move during the green light and stop at the red light.

Australians may be some of the most badass people on the planet since they treat danger the way we treat sunny days considering their island was originally a prison and has always been filled/surrounded by many of the most deadly creatures on the planet. But building an almost 15 foot murder doll in the middle of the capital and asking people to snap some pictures of it is some next level twisted shit (Yes I converted meters to feet for us Americans just like I had to keep looking up how much 10,000 won was worth in USD, which is $8.51 and the final prize of 45.6 billion won is $38,275,101.91).

I don't care that it's spoOoOoOky season right before Halloween or that Netflix assured everyone that they there are no snipers ready to take down anybody that moves a whisker once that doll's head turns around and its lifeless eyes turn red as it engages into Hunt Mode. If you willfully visit this very real nightmare, let alone play red light green light with it all for the chance of a selfie, you are a severely sick puppy. Simply hearing the doll talk as that haunting music played caused me to piss my pants and I was watching it on my phone safely from the comfort of my own home in America.

Granted, I'm just a cream cheese soft blogger from the States instead of some hardened Aussie from the island of doom. But this has to be the most fucked up thing I've ever seen in Australia, which is saying something considering the things I have wrote about in just the last few years.