*If you haven't watched yet, there will be spoilers. This is your warning*

Jeff D. Lowe and the D stands for domination. The man came to The Dozen today and kicked my ass. No other way to put it. Off game, not myself, etc. No excuses. Jeff D. Lowe wrote the questions and got me. If you want to say I fucked up, I'll say it. I fucked up. I didn't hear Hank on the first question. Really wish I did because Mitch Williams shockingly didn't play in the 2000s. You know, this Mitch Williams.

I know that wasn't my guess. I had no idea. I was drawing blanks. But Dante kept throwing it out there, so I just said something. Set the tone for mistake after mistake after mistake. Speaking of Hank. I want to give the guy credit here. He catches a lot of shit from Dozen fans for not getting answers. His back was sore yesterday. He had Brad Lidge. He had Memphis Bleek. He had some of the bonus round answers. He had Theory of Everything. That was all Hank. Hank, if you're reading this. Thank you. Also please do whatever you did yesterday. Keep that pregame routine.

And then it happened. Fucking Cory Joseph man. College basketball is an automatic double for me. Rare that I miss a question so I feel pretty good about that call every match. I saw the question and the evil, yeah evil, in Jeff's eyes. 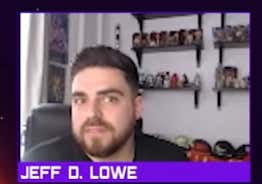 The look of an evil trivia host genius. Granted, I went about the question the wrong way. Instead of thinking of Texas freshman class in 2010 and remembering the Canadian connection, I went the other way. I was trying to think of Texas NBA champions. I got held up on Avery Bradley. The whole bubble thing threw me for a loop where he opted out but still got a ring. I couldn't shake it. The only other guys I could think of winning a title were Dexter Pittman with the Heat, PJ Tucker and obviously KD. Cross KD off right away. You can see my look when he says Cory Joseph too. Just a forgettable NBA champ. 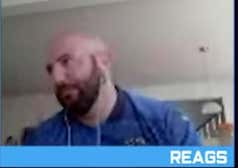 That's a defeated man. Not the No. 3 current player in the show.

I'm the captain of The Misfits. I put the loss on me. I didn't show up to play. That's called accountability. Now I'm calling on the dozens, nay the millions, of Misfits fans across the globe to come together. We're better than the 11th team in the competition, especially when Hank plays like he did here. We're 1-3 with heartbreaking losses to The Yak (blown lead) and Experts. You can make a difference though.