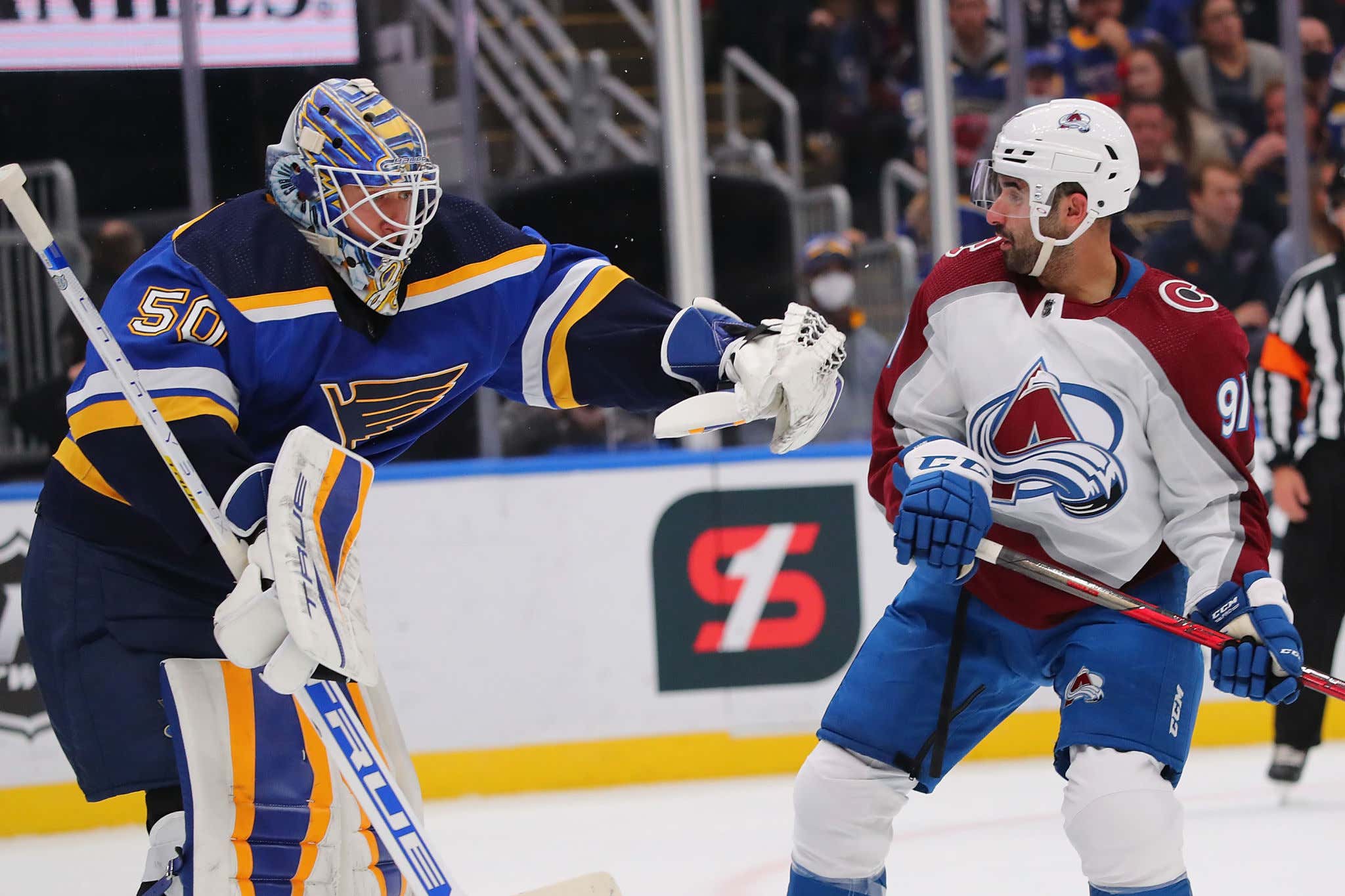 It's said all the time but that's because it's true. No normal human being would ever sign up to be a hockey goalie. There's always at least some screws loose upstairs on these guys. Such strange cats that for the most part, everybody else on the team is too afraid to talk to them during game day because nobody has any idea what is going through their mind.

Jordan Binnington's mind seems to always be filled with chaos.

The wires in that man's brain look like a shirt straight off the rack from Dan Flashes.

We saw pretty much this same thing last year after he got pulled in San Jose.

And then obviously last night still had some carry over from when Binnington wanted to fight Grubauer during the playoffs last season. Not that Grubauer is still between the pipes for Colorado, but don't tell Binnington that.

The dude is just a menace. But also…

Don't get me wrong. I love a good psychopath goalie. Think it's great for the game to have a guy who literally can't control his anger and just sees red and wants to kill. But you actually have to follow through with it one time. I think Jordan Binnington has surpassed his quota on the amount of "tough guy" acts he can pull like this before he actually has a fight in the NHL. Right now he's just the guy on the ice who is wearing the most amount of pads being held back from ever actually doing anything. Like a schoolyard bully who thinks he's the toughest kid on the planet because he "made you flinch". If Binnington is going to keep this up, he's gotta drop the gloves and pop off the helmet one of these times. No more freakouts without fisticuffs to follow. That seems more than fair to me.