Last week on Dogwalk we got weird with some secret society talk about Yale's Skull & Bones society. Arguably the most secret of the known secret societies. So much so that both John Kerry and George W. Bush have publicly confirmed their membership, but said that it was so secret that they couldn't give any further details.

So that is a former President and a former Secretary Of State BOTH belonging to the Skull & Bones. John Kerry also received the democratic nomination for President in 2004. So in 2004 no matter who you voted for you were voting for a member of the Skull and Bones. That is absurd. 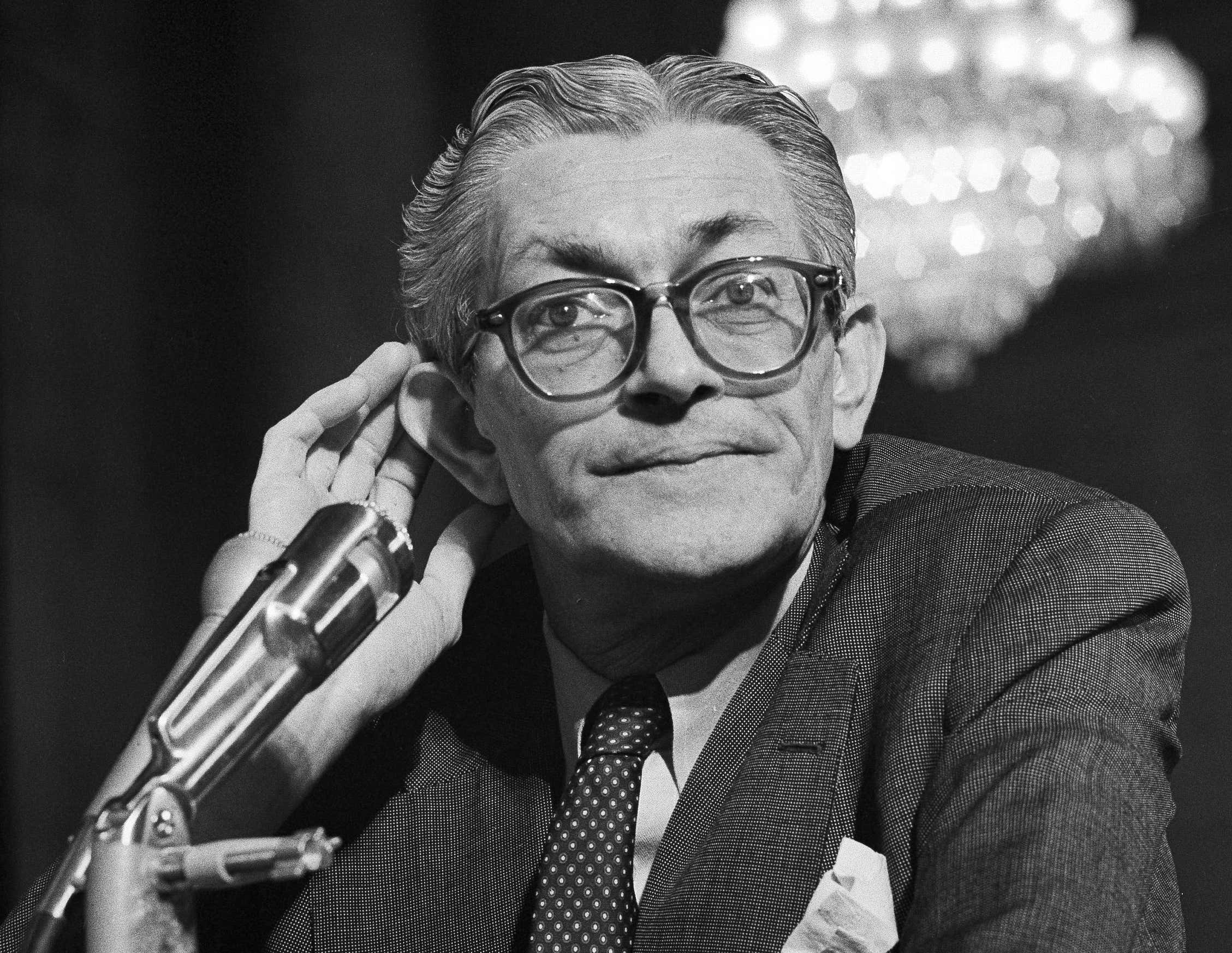 James Angleton was the Chief of Counterintelligence from 1954-1974. 20 years at the peak of the Cold War and US interventionism abroad. Hmm. There was also the whole…JFK assassination thing that happened in that time period. And now the CIA documents related to that day are not being released to the public once again. A law was signed in 1992 about declassifying those documents and it has been released again until December 2022. Clinton, Bush, Obama, Trump, and Biden have all kicked the can down the road on that law to unseal documents. The Biden administration is blaming covid for the delay.

One person who has speculation about being in Dallas the day Kennedy was killed…none other than George H.W. Bush. A declassified memo from Head of The FBI mentions a George Bush as being on the scene 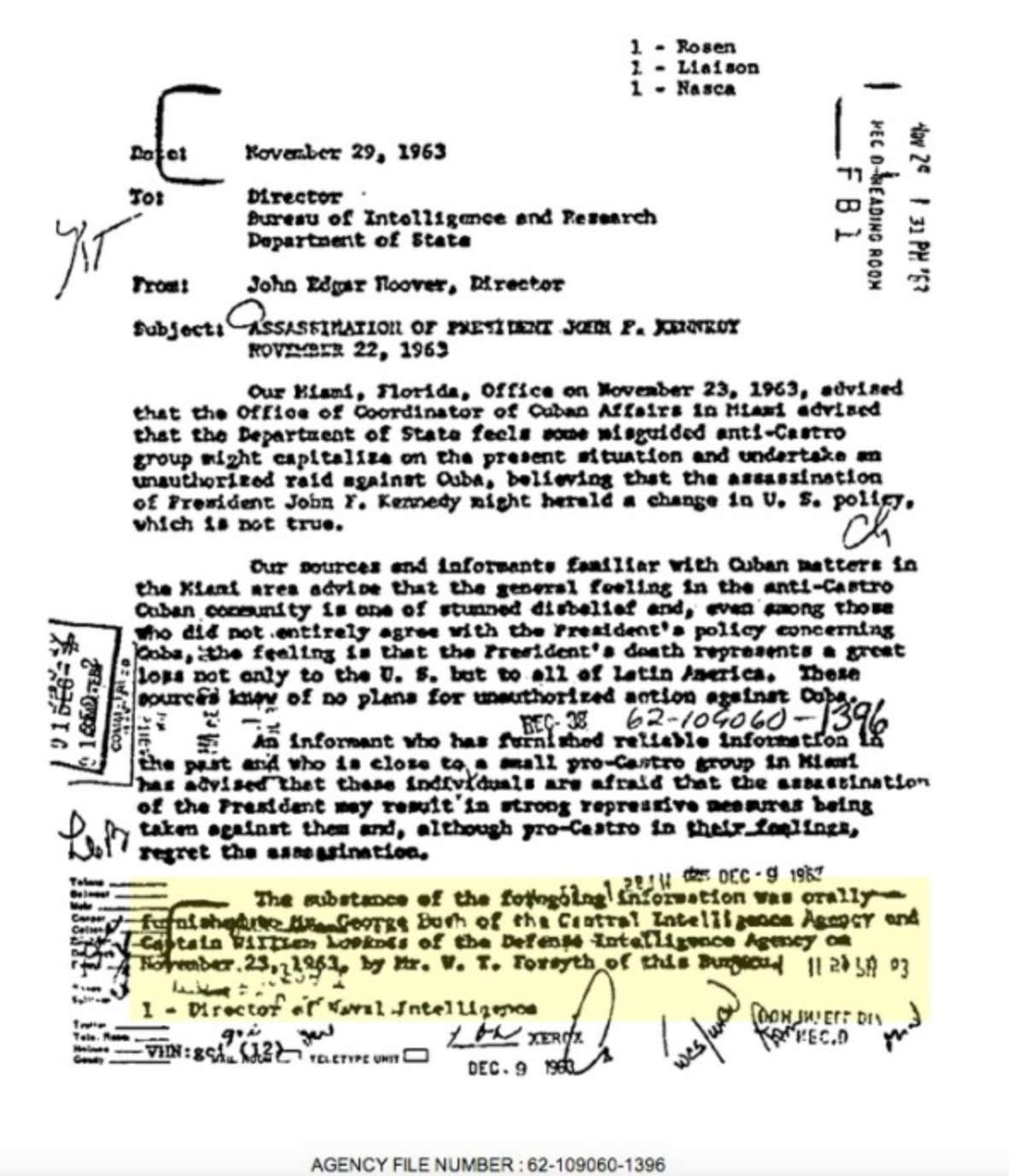 There was another memo that stated he was there 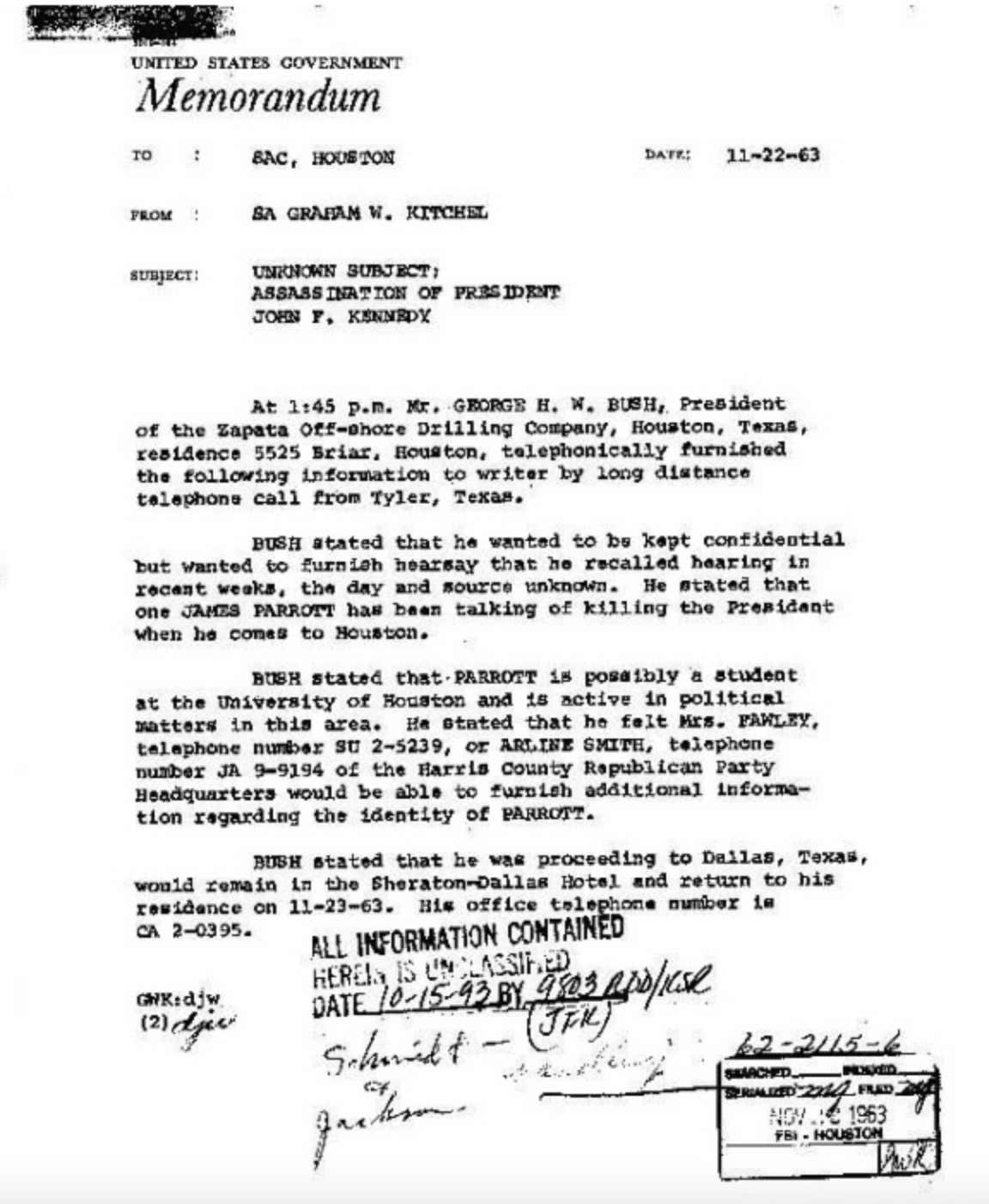 He was there, but for something unrelated. There's also a picture of an unidentified man at the Texas Book Depository on the day of the assassination here that man people speculate is George HW Bush

I don't know. Kennedy gets killed and poof the Vietnam war takes off after Kennedy wouldn't support the CIA planned invasion of Cuba. Some of the key planners of the Vietnam War and Bay Of Pigs invasion were the Bundy Brothers, McGeorge Bundy and his older brother William. The Bundy Bros…Bonesmen. George Bush…Bonesman. Co-Founder of the CIA…Bonesman. Known CIA operative…Juan Trippe who founded PanAm Airlines. Dean Acheson who was a cold war era hawk who served as an advisor to JFK during the Cuban Missile Crisis and also as Secretary of State under Truman was a member of the other prominent secret society on Yale's campus and his son, David, was a bonesman the same era as George HW Bush.

What does all this mean? I have no idea. Just a lot of smoke, but no real fire. And maybe there's no real fire because the information from the CIA keeps getting shut down. A major…hmmm when you read all the names involved from that era.