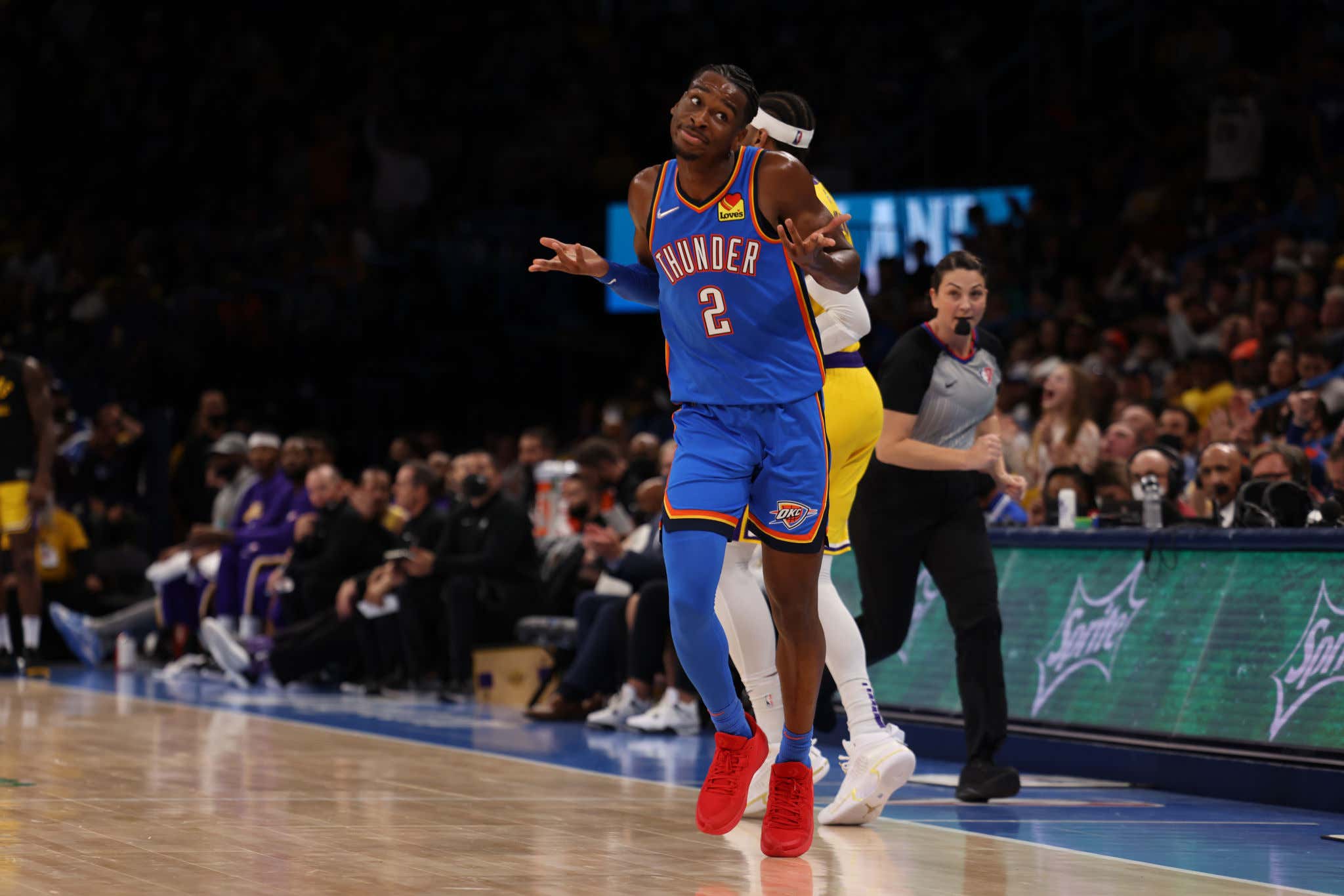 Heading into this game the Lakers were -5.5 favorites. LeBron got the night off after his injury scare the other night but AD/Westbrook & Co all suited up. Things started great with the Lakers getting out to a 41-19 lead and at one point, they got up by as much as 26 points. No way they blow that right? Wrong. That is exactly what they did. Suddenly SGA and Josh Giddey came alive and we had our first huge upset of the season. Just so happens it was the largest comeback in Thunder history

Now, the Lakers are staring at a 2-3 record. The same is true of the Nets as well, so maybe it's just a superteam thing. Hell, the Bucks just lost at home wire to wire against the Timberwolves. Either way, AD put up 30 and did his part, we got the full Russell Westbrook Experience with a quadruple double

and yet they still completely embarrassed themselves. Giving up a 41 point third quarter, airballing huge shots on multiple occasions. You just hate to see it.

The best part of that clip has to be the fact that Melo was clearly annoyed Malik Monk didn't pass him the ball only for him to immediately airball his own opportunity. You can't make that shit up. Listen, if anyone knows what embarrassing basketball choke jobs look like, it's yours truly. I watched my Celtics lose to OKC just last year and that was when they were resting guys. It's pathetic, there's really no two ways about it. You lose to the worst team in the league by blowing a 26 point lead as a title favorite, you deserve to get dragged for it. With or without LeBron there was enough talent to beat this OKC team. Instead, the Lakers pulled out one of the most embarrassing losses many of their fans have ever seen. In fact, Lakers legend James Worthy went on TV and basically ripped this team a new asshole

Every single thing he said is true. I won't pretend to know what Laker pride is or what goes into any of that nonsense, but I have a feeling part of that isn't blowing 26 point leads to a team that might not win 25 games this year. This is what I keep saying basically in every blog I write. On any given night your ass can get beat in this league if you don't respect your opponent. If you think you can just show up and win, you're going to get your ass embarrassed. That's exactly what happened in OKC. Obviously this is just Game 5, but it's also the Lakers. Everything they do is magnified. If they want the praise of being this title contender, you have to accept the heat when you dick around and get upset like this. That's how it works.

Quickly on OKC, I tweeted this the other day but it does feel like they are at the part of their rebuild where they may not win a lot, but they'll be in a ton of games. They are good enough to catch anyone on any given night. They almost just did the same thing to the Warriors in their last game. There's real talent on this roster whether it be SGA

or rookie Josh Giddey who is looking pretty comfortable right away

there are a bunch of young and exciting pieces on the Thunder. As a rebuilding team, all you want as a fan is to show signs of progress to keep everyone excited and then play hard as shit on a nightly basis. Maybe you have nights like tonight. It's all part of the rebuilding journey and who knows, this might end up being one of the best moments of their season. Either that, or this was a wakeup call to the rest of the NBA that maybe the Thunder will be better than most think. Regardless of what it may mean moving forward, it was still a great win.