Wow, major news broke very early Wednesday out of Oakland as the Almaeda County Board of Supervisors voted 4-1 to approve funding for the A's new waterfront stadium to keep the Athletics in the area. As a self-noted very stupid person it's taken a lot of reading and interneting to understand what this all really means. It appears this is a huge step, despite this vote being non-binding. This guy Keith Carson is the one person who voted no and had this to say.

Strangest part that I can't wrap my head around is that moments before the vote, Carson said this below in support of the A's staying.

But then he voted no? Politicians make zero sense.

Anyways, it seems like the ball is finally rolling in Oakland and the once foregone conclusion of a Vegas move is fading away. Stunning, but exciting. Here's the mayor of Oakland's statement following the vote. 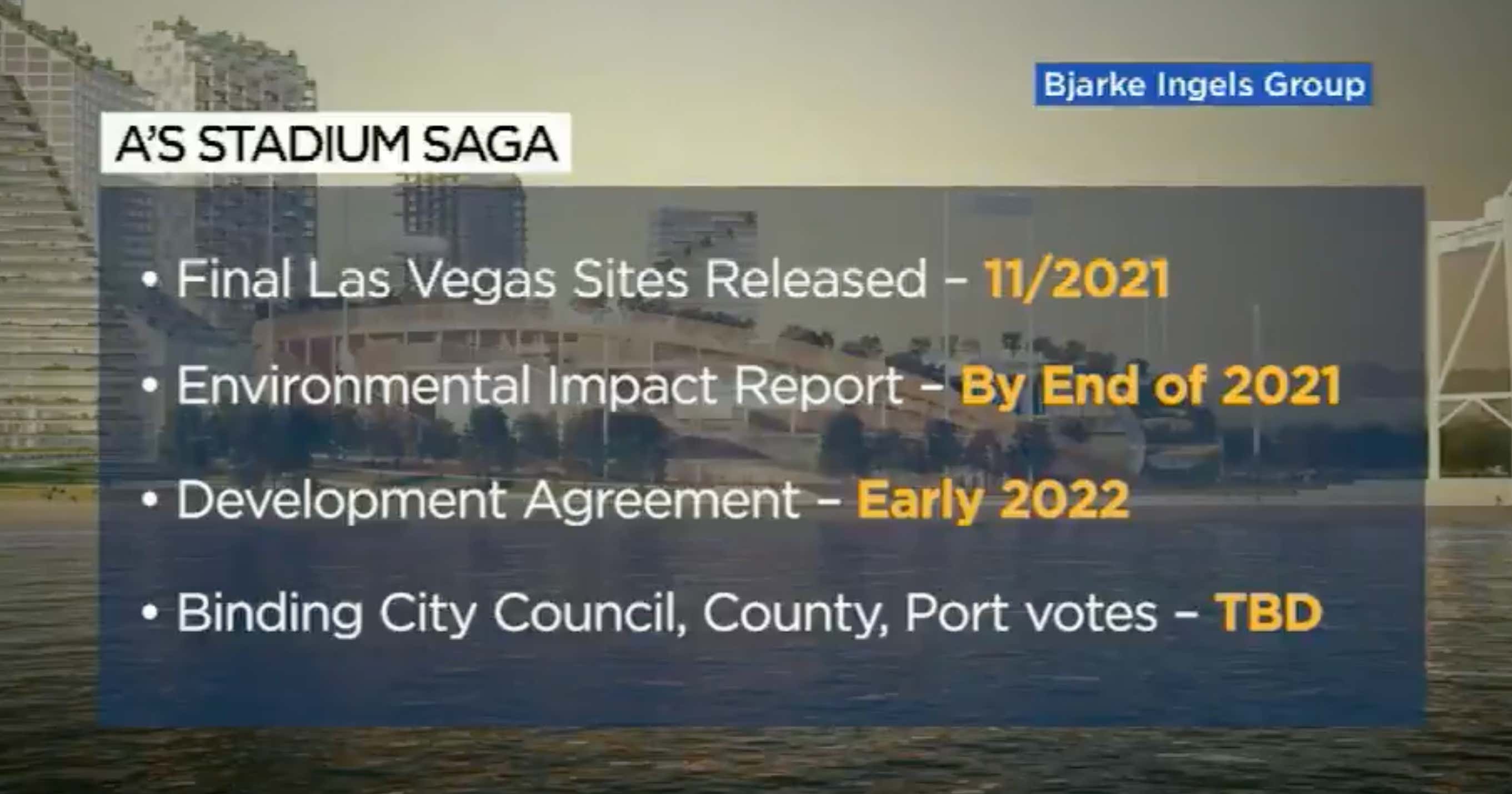 There are definitely still hurdles to overcome and nothing is a done deal yet, but it really does seem like this 4-1 support of funding is legitimate movement. It takes a lot to make me happy for people, but the city of Oakland deserves to keep a sports team. Oakland losing the Warriors, Raiders, and A's in a few years time would be cruel as shot. And this is coming from a Yankees fan who wants to die anytime the team is out west to visit that house of horrors.

I still cannot get over what this ballpark is going to look like when it's done. I know stadium renderings always look way better than real life, but I love the potential here. It would be a legit tourist attraction for anyone visiting the area with thousands of jobs being created as well. It's nuts it's taken this long to get the wheels moving in the right direction, but man she's a beauty ain't she?

My only gripe? If you're building a waterfront ballpark you GOTTA give me the possibility of a homer splashing into the water. Have to do it. What the Pirates and Giants do is incredible and there's no reason to not go in the same direction here. If I were voting on the board of supervisors I would need that guarantee above all else before you got my support.