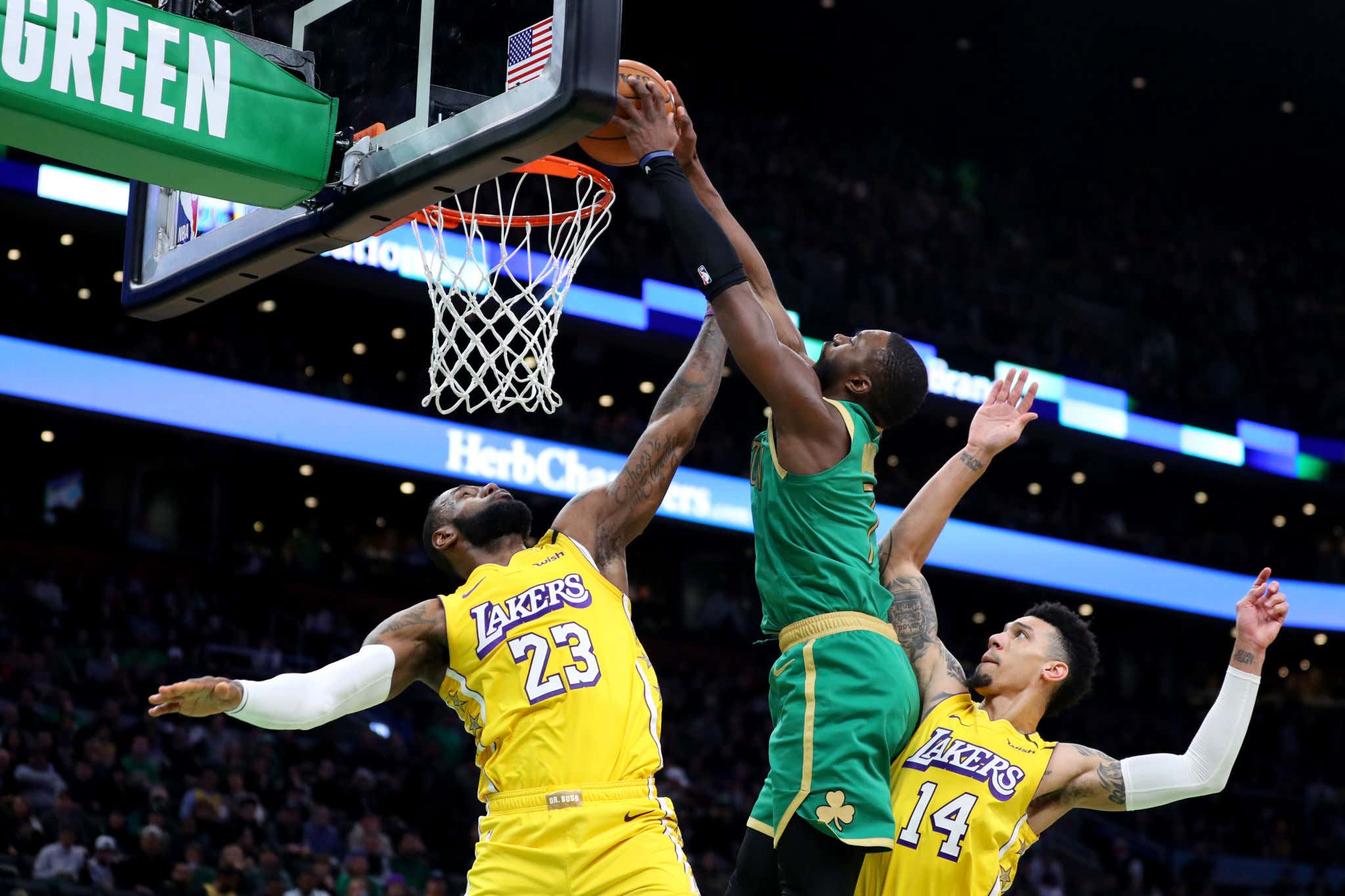 Last night as we know Jaylen Brown had one of the best poster dunks of the year so far. Let's all relive it one more time because why the hell not

Great dunk. Well today we saw the NBA put out a highlight package of Jaylen Brown's "most thunderous throwdowns" of his career. Let's get that straight. We're talking about his entire career, in all the games he's played. Seems pretty straightforward right? Let's have ourselves a look

Notice a certain something missing? How about a play from January 2020? That wasn't even that long ago! In the event you forgot, I'd be happy to remind you

Hmm, I saw Jaylen dunking on Giannis. How on earth do you explain leaving out a two handed dunk ON LEBRON JAMES in a video where you are showcasing his most thunderous throwdowns? I'll tell you why. Because the NBA would never do that to LeBron from their main account. It's both hilarious and extremely pathetic. It's OK, LeBron got yammed on. It happens to everyone, including LeBron James. This is why he had that Jordan Crawford video erased from the internet. Sadly for him, this video still exists. That play happened. The NBA might want you to forget about it, but I will refuse to allow that to happen. That dunk is the very definition of a thunderous throwdown. A two handed dunk right on LeBron's head not being included in that long highlight package is inexcusable for anyone with any sort of integrity.

This tells me a few things. Either Silver has sent a mandate to the entire staff of the league to pretend like this play never happened, or whoever made this package is clearly a Lakers fan. Including Giannis but not LeBron? Oh weird what a coincidence. Either way, they should be ashamed of themselves. LeBron is a big boy, he can handle it. If he didn't want to get dunked on he shouldn't have jumped. You KNOW if he made this block and the NBA put out a best block of LeBron's career video then it would be in it.

But instead Jaylen sent him to the center of the earth and now they have to pretend it never happened. Sad, really.