Welcome back to another week of Rock, Paper, Scissors inside Stool Streams Stadium. Nobody secured the jackpot prize last week, but luckily, this week it has snowballed to $1,000 up for grabs. Just like last week, we will be airing this contest in primetime, in between The Dozen and Thursday Night Football. We have three awesome matches ready to go that will hopefully result in someone claiming the Progressive Jackpot via the Play Barstool app. Before our weekly broadcast preview, here are the rules for the contest:

Storylines: Vibbs was on the right side of history in his first career RPS match: he swept Feitelberg 7-0 in one of the sets. Now, he hopes that tha good luck continues this week against Chef Donny, who is making his RPS debut inside Stool Streams Stadium. Donny has plenty of experience inside the Triple S, but being a first-timer in this game against an undefeated opponent is no easy task. 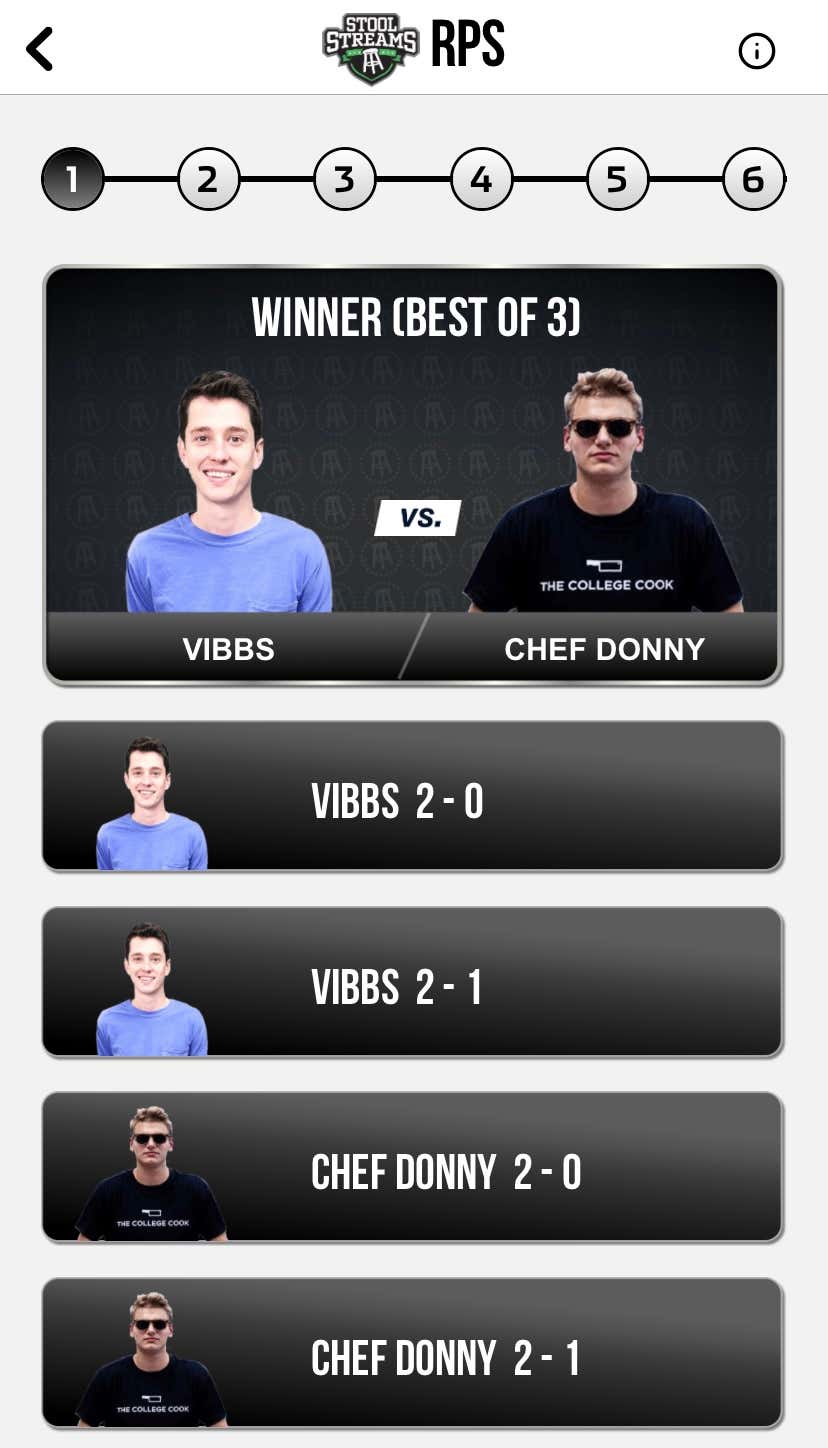 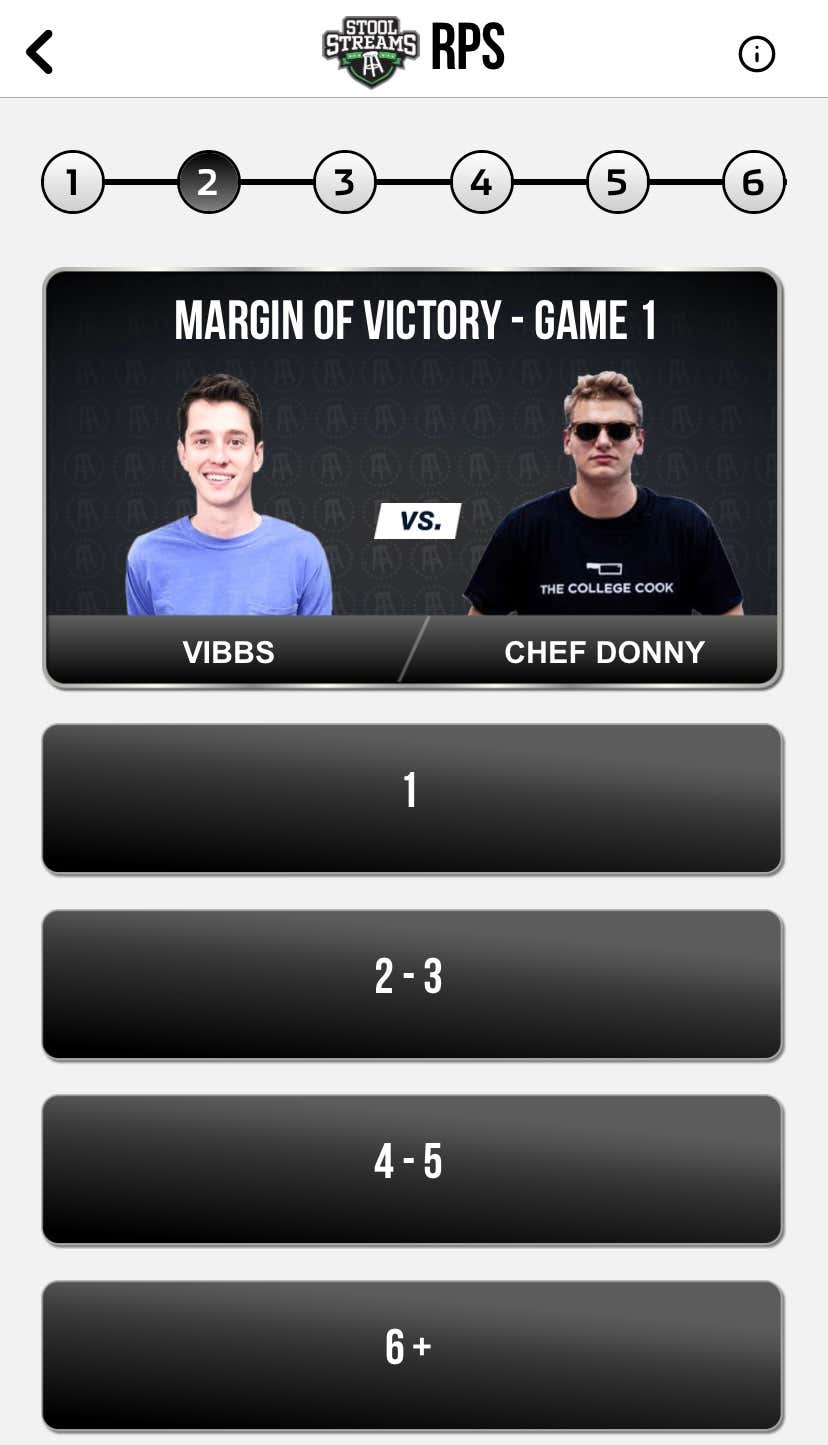 Storylines: Match No. 2 tonight is the BATTLE OF THE ROOMMATES! Billy Football and Ben Mintz have been a part of "The Mintzy Experiment" over the course of the last few months, and now, the two of them are set to go head-to-head inside Stool Streams Stadium. Billy has been bossing Ben around when it comes to the latter's diet habits, but will the roles change tonight? 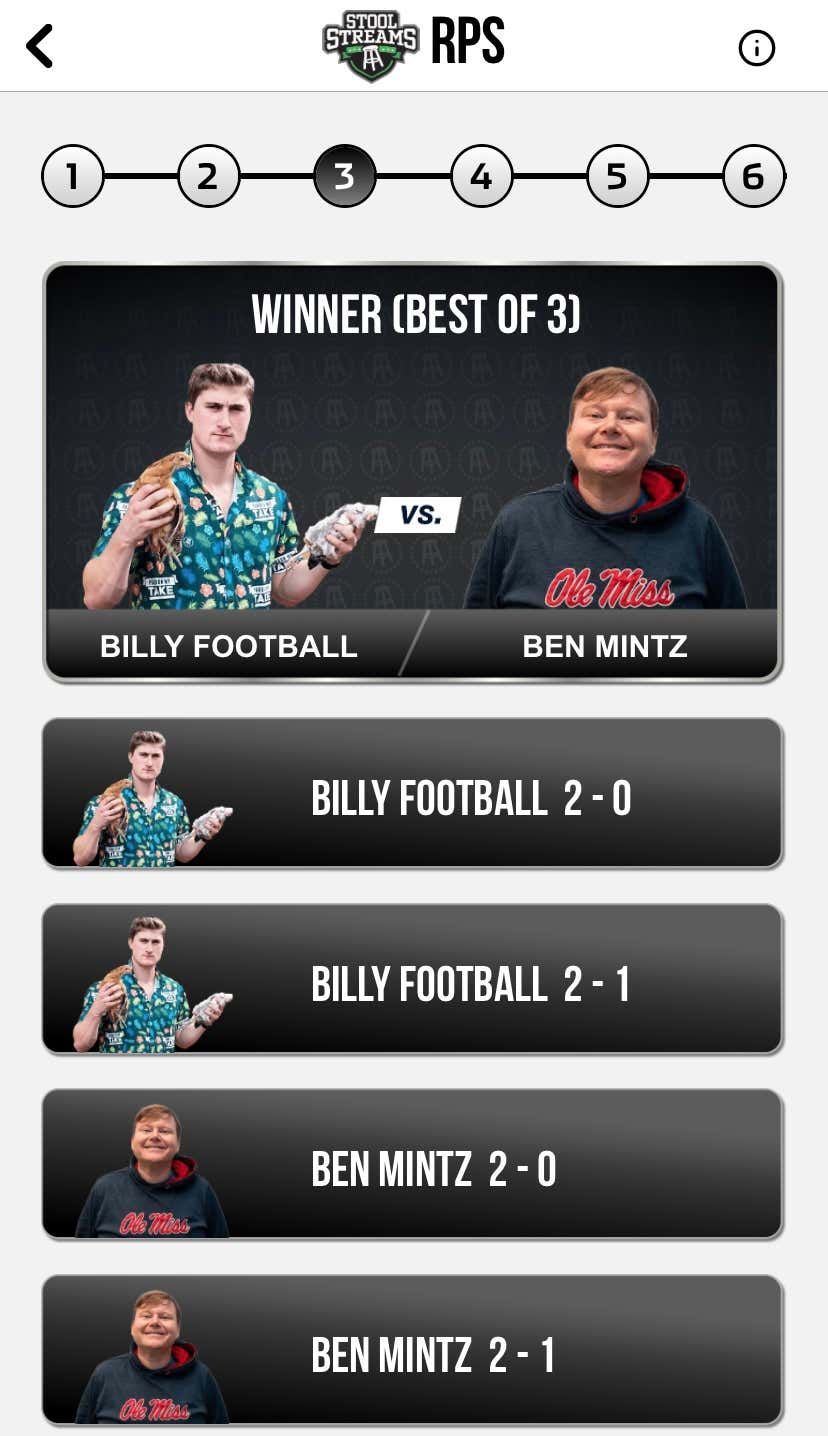 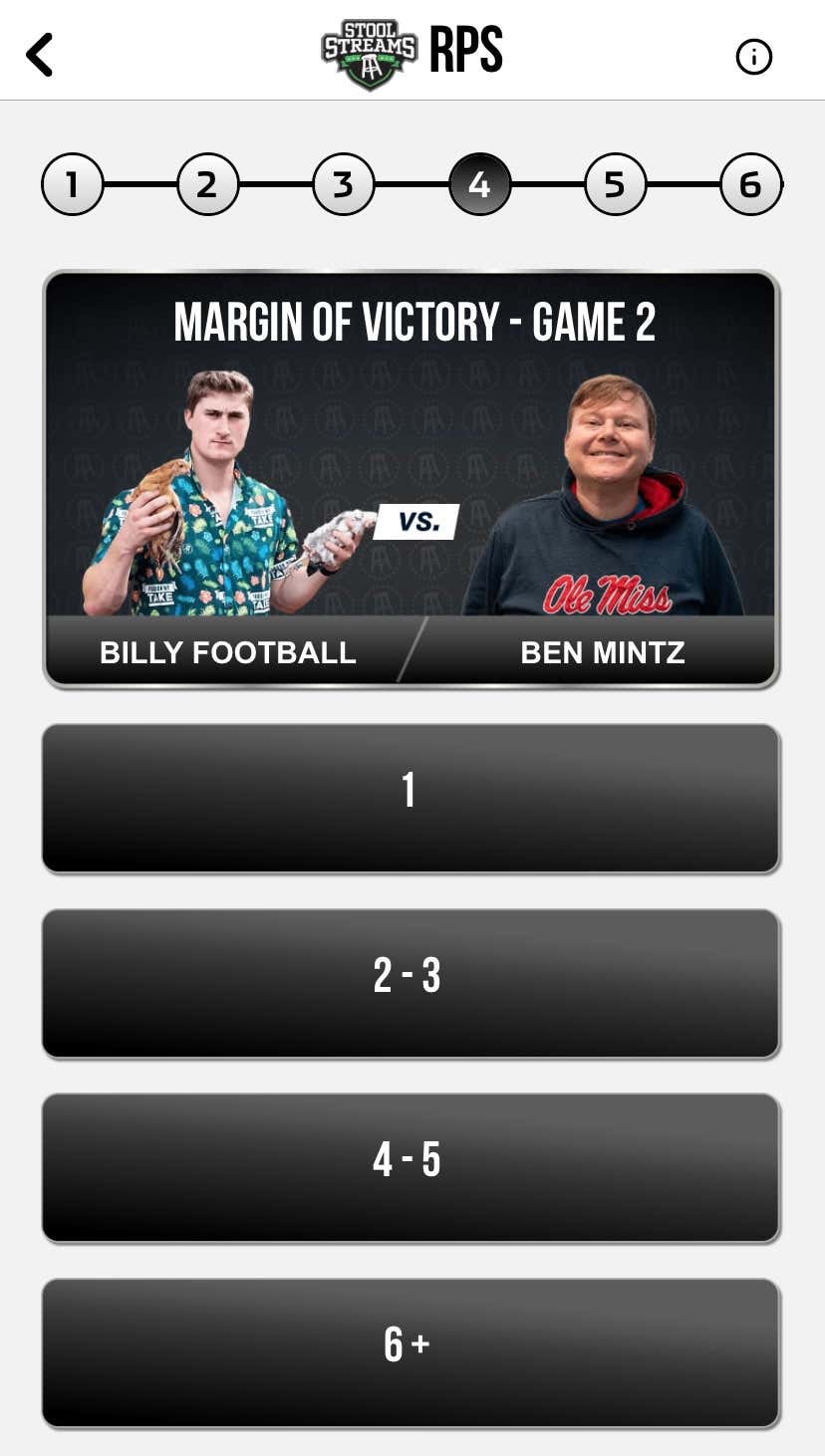 Storylines: After taking down the Fleming Curse a few weeks ago, Frank's winning streak came to an end against KFC in his last appearance. Today, he looks to get back on the right track against Kelly Keegs, who was on the losing side of the Fleming Curse coming to an end. Can Frank get back in the win column inside the Triple S? 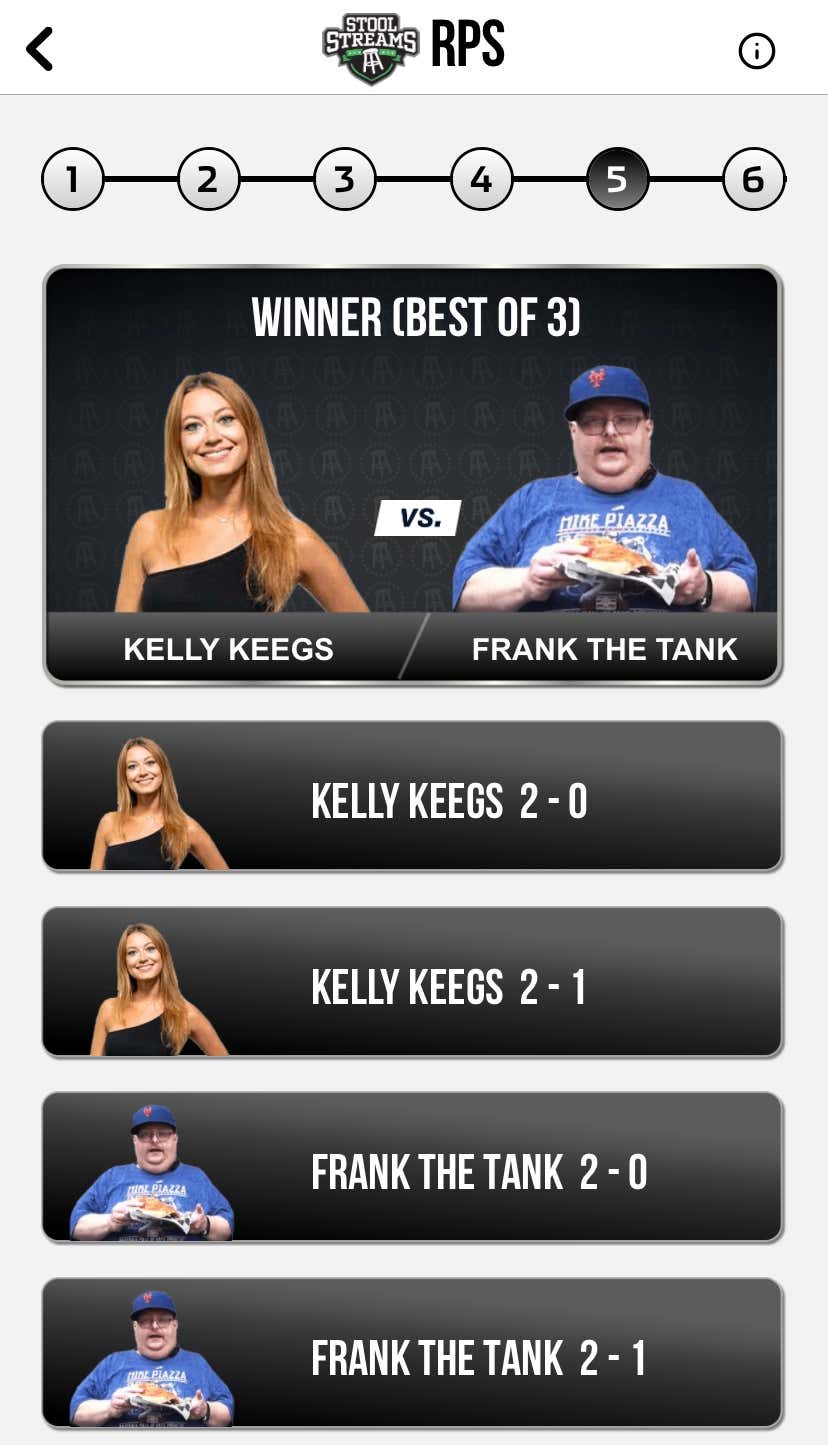 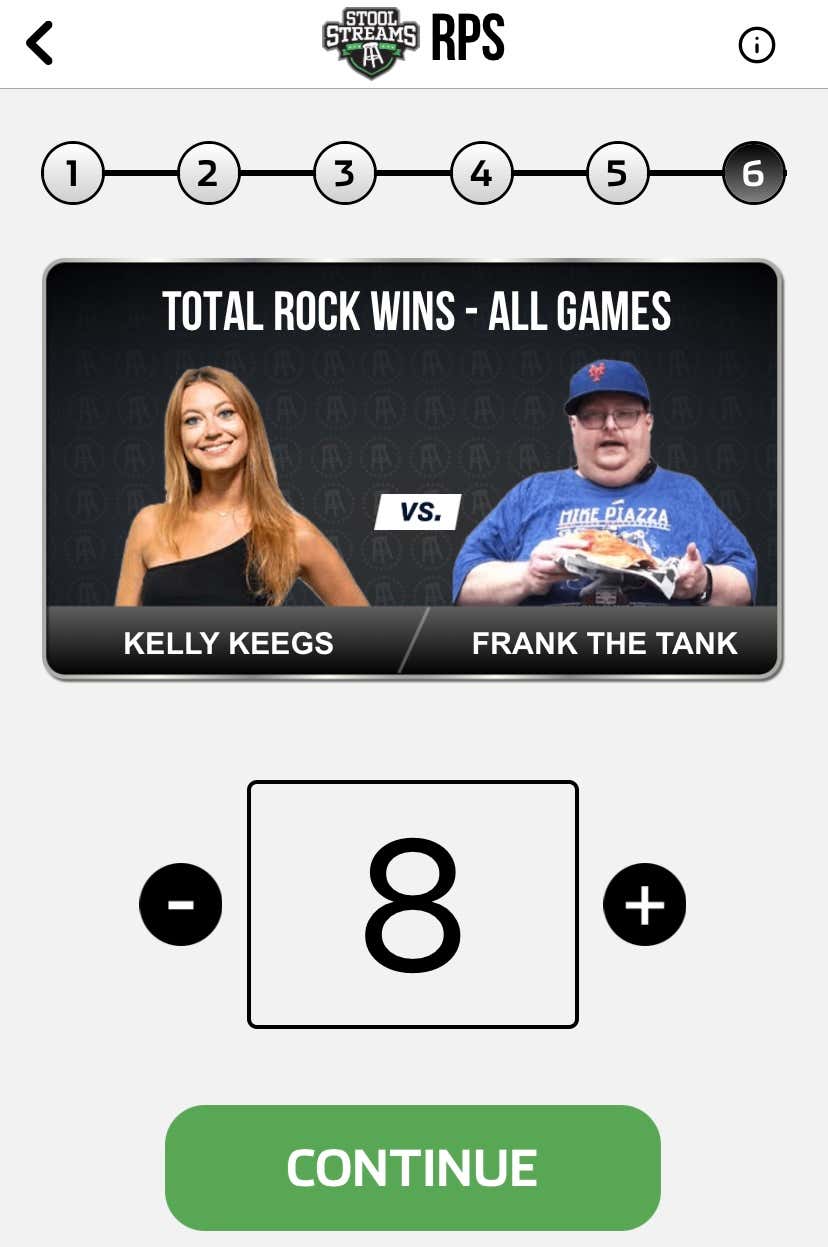