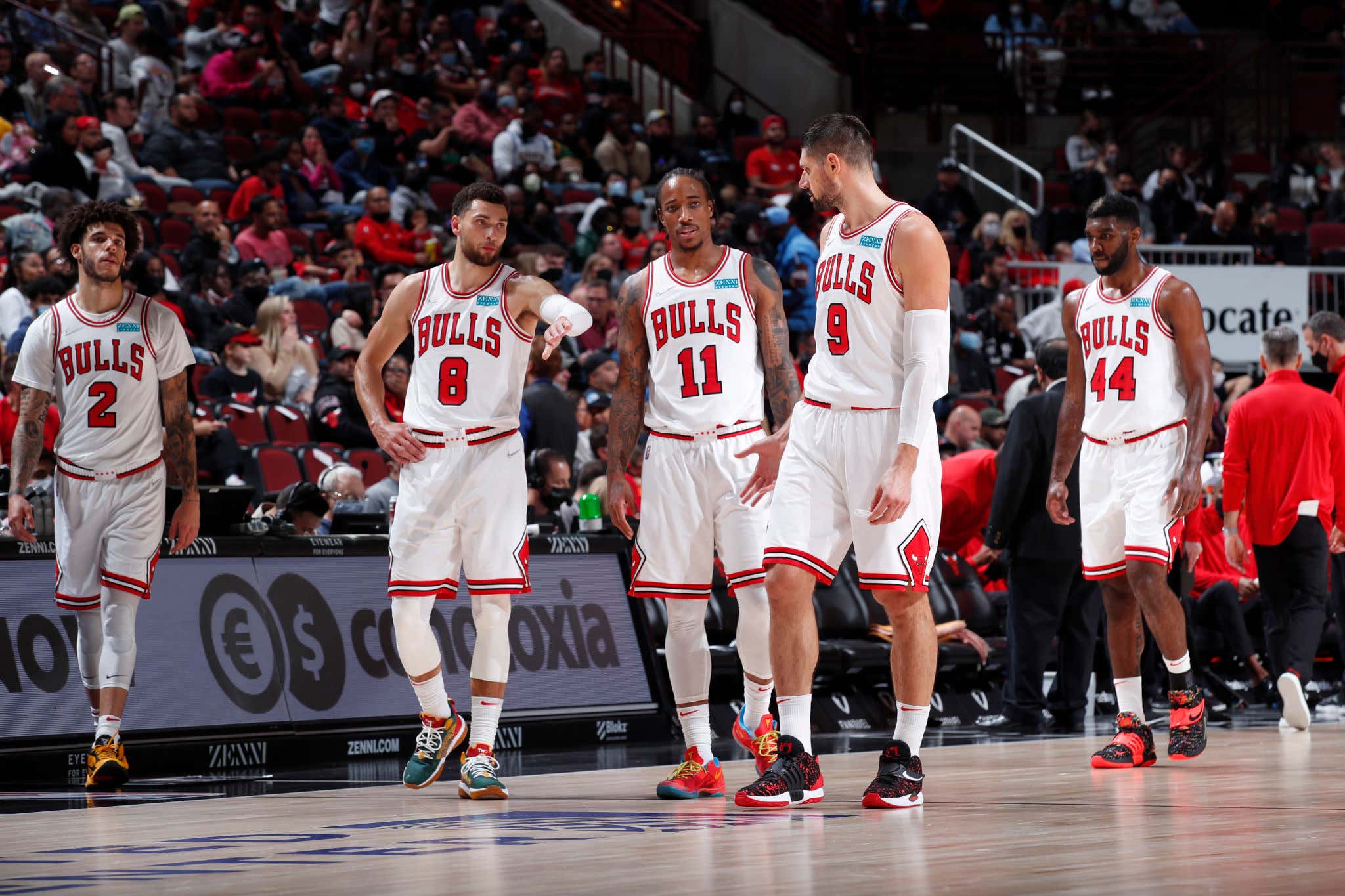 There are only three undefeated teams left in the NBA, and only one in the Eastern Conference. That would be the NBA wins leading 4-0 Chicago Bulls. To put it simply, the Bulls have been awesome to start the year. A top 6 defense, a top 4 net rating, and a top 7 team in terms of AST%, the Bulls have all of their fans seeing red. Now, it should be stated that over those four games they've played the Pistons (2x), the Pelicans and the Raptors. Combined those teams are 2-9, so the Bulls given their talent should be taking care of business. But as we know, anyone can be beat on any given night in the NBA, so they deserve credit for showing up and winning the games they're supposed to. That's what good teams do. What's crazy is we haven't even really seen the offense click yet. That will come with time as all the new pieces start to get more reps together given the offensive talent on this roster. They rank 13th as of now, but I see no reason why this can't be a top 10 or higher offense.

In looking ahead, it's actually pretty important that the Bulls got off to this great start, because the next month of their lives is going to be hell. I'm not even kidding when I say this has to be one of the toughest months any team in the league will face. Look at their schedule! This is an insane run 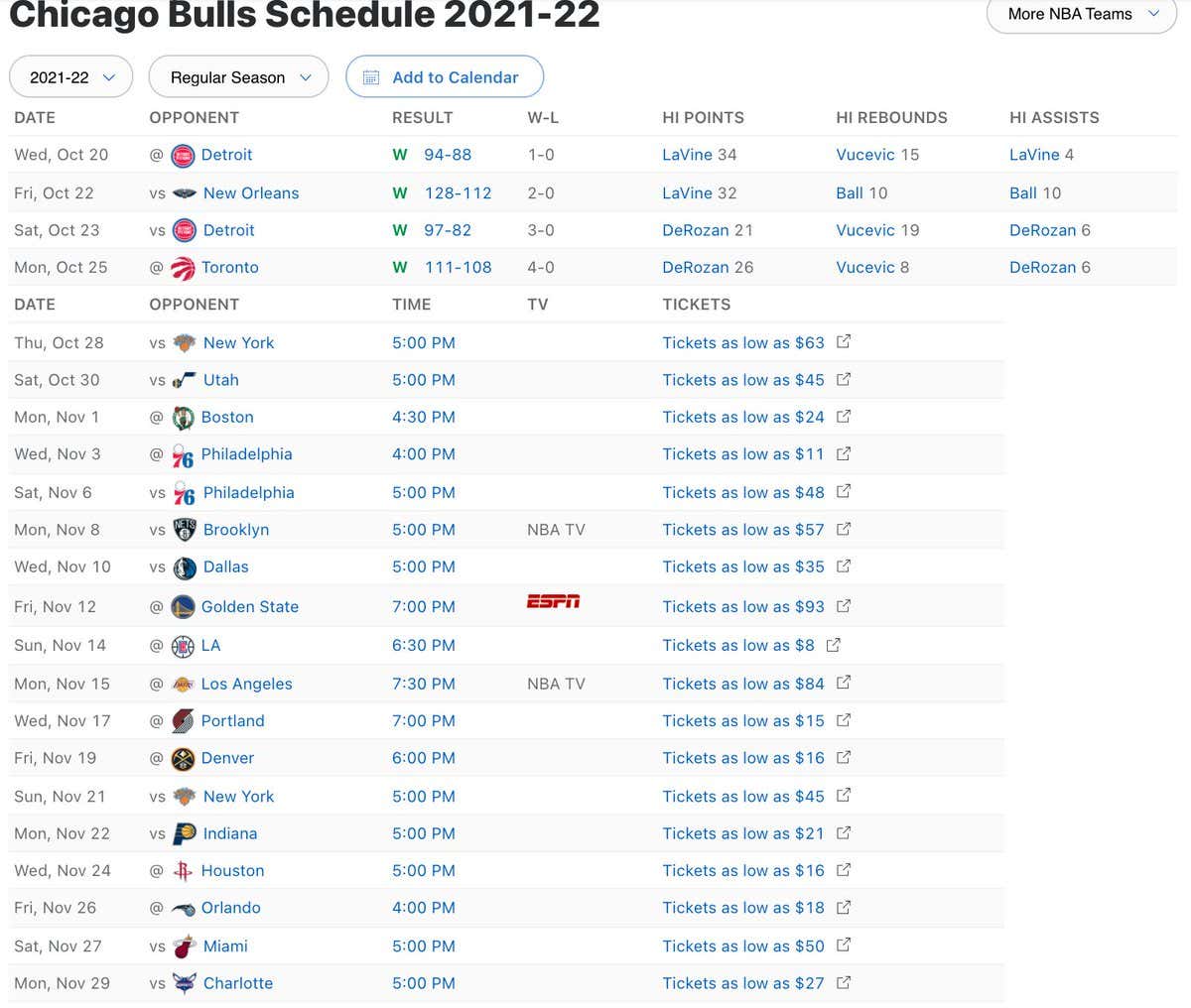 I mean holy shit. Do the schedule makers hate the Bulls or something? Are they like huge Pacers fans that are still upset about the MJ era? Because that's a ridiculous stretch. I don't see an "easy" game on this schedule until late November. I don't think it's crazy to suggest that this stretch could go a long way in determining what type of season the Bulls have. We'll certainly learn a whole lot more about what they are as a team given the talent they'll be going up against. I think anything over 9-9 you have to consider a legit win. They face everything during this run. Elite defenses, super teams, the reigning MVP, dynamic duos, a prodigy, Finals contenders, you name it and they face it. That's why getting off to this good start is so important. You always have to expect weird shit to happen any time an Eastern Conference team heads out West for their first West Coast trip of the year, but they don't even get a break on that thing either. Usually there's one or two bad West teams like the Kings or something on the docket. That's a tough break.

We'll also know right away how real this Bulls defense is. That was the big thing for them to figure out heading into this year, and they made legit defensive additions with Caruso and Ball which have made a real impact early. Caruso leads the league in steals and has been generally awesome to start his Bulls tenure. At the same time, look at those offenses they've played. They're mostly dogshit. There's a big difference in shutting down the Pistons compared to anyone on that upcoming list.

Who knows, by Thanksgiving we could see this Bulls team way below .500. We could also see them make a statement and prove just how real they actually are. I tend to believe in their talent given what we've seen, but there's no denying this is a season defining stretch. With how competitive the East should be, one down month could really screw you.

The Bulls had a lot of hype heading into the season and rightfully so. They started the year backing that hype up. Now let's see what they do with a real challenge.