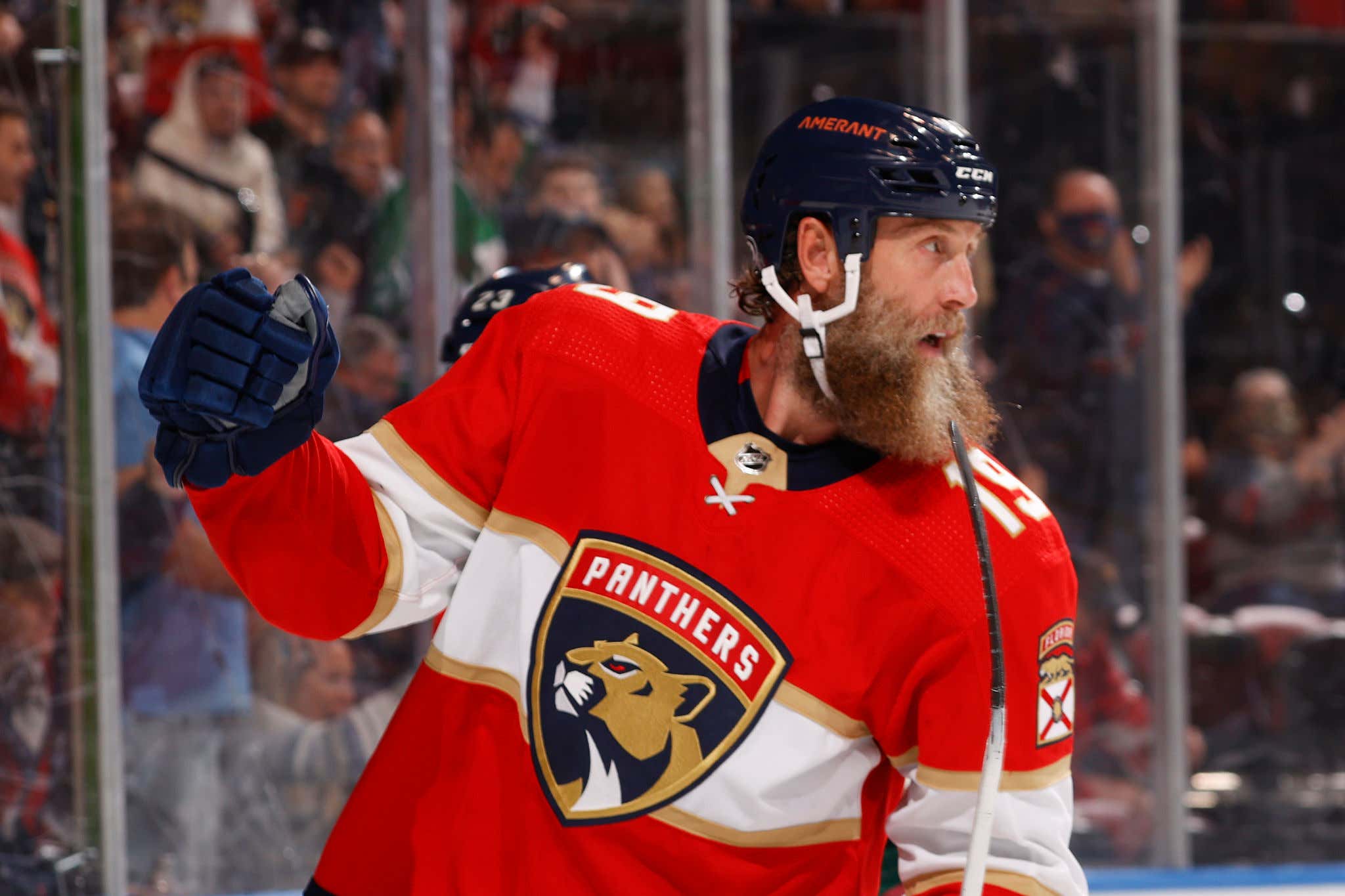 It's the circle of life. You grow old, you move to Florida, you start to live your best life. Warm weather, friendly people, it's just a nice way of living out the final chapters of your time here on this giant spinning rock.

You get some new life when you move down there. This poor guy was stuck playing in Toronto all of last season. It's cold, the people are miserable because the Leafs are always the biggest choke artists in the league, and he had to deal with Doogie Howser being his GM all year. It had to have been brutal for Jumbo. But this year he's down in Florida, the sun is shining, the beaches are calling his name, and he's not dealing with as many snot-nosed kids both on the ice and within management. The result?

The Florida Panthers are now 6-0 to start off the season. It's the best start in franchise history for the Cats. Care to guess what's different about this season as opposed to any other season since Florida joined the league in 1993? Oh yeah, that's right, they've never had this majestic beast on their roster before.

I'm a man who likes to let the facts speak for themselves. You need to be scientific in your approach to finding the facts. So to break the Panthers' start of the season down scientifically, you need to isolate the variables. Sure as shit seems to me like Joe Thornton is the key to all of this. Not an opinion, just a factually based statement. And as long as the Cats keep this level of play going all season, it's going to be tough to find another player in the league more valuable than 42-year-old Joe Thornton. The oldest Hart Trophy winner there ever was.