Well this is a pickle. Danny comes in. Gives Stan and Jeremy promotions and/or extensions. Danny gives the green light to spend a ton of money to revamp the roster. The team absolutely STINKS through 6 games. The entire hockey world is seemingly in agreement about the next and only lever to pull. That would be to fire the coach. The only problem...the President of Hockey Operations says no. A power move by Stan early in the Danny Wirtz era. A move he no doubt learned from the decade plus he spent in the John McDonough school of manipulation and power.

Now Danny's options are to either a) listen to Stan and allow this to continue. And by "this" I mean this: 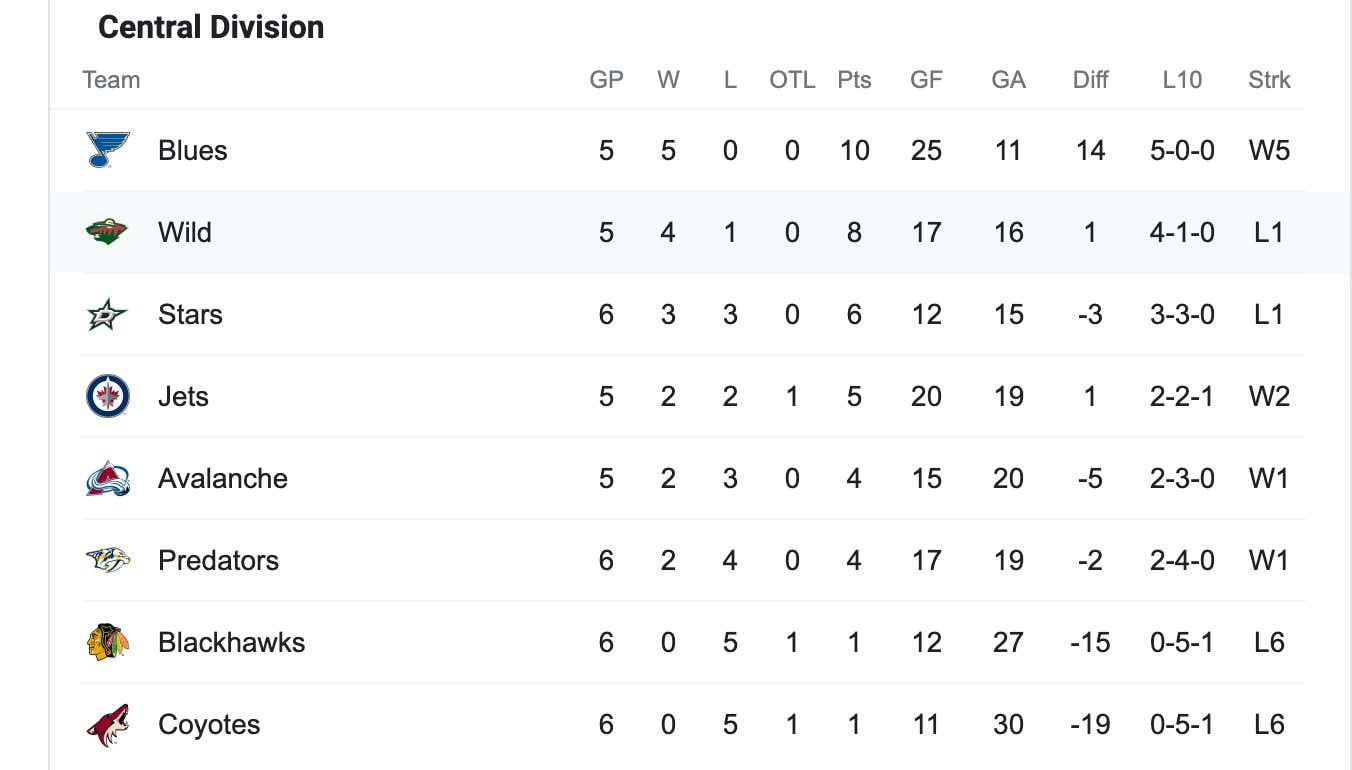 Or b) He has to go against the guy he saw fit to make President of Hockey Ops and subvert his authority two weeks into the season. That would sort of make him look stupid in a way. It's a no-win situation. The ONLY way this works is if the Blackhawks go on a miracle run the next couple weeks and rip off like 6 straight wins. There is no evidence to believe that will happen. So Danny is stuck between two bad options because Stan wants his coach. Not a great way to start your tenure as CEO.

And at this point I think you need to say that Emily Kaplan is as plugged into the Hawks as many media personality. I am fairly certain that she lives in Chicago. If there was a scoop to be had this past summer, it was Emily that got it. She was all over the Seth Jones and Fleury stuff. You can be pretty sure that any comments about Stan and Jeremy likely came from Stan himself or with direction from Stan to leak those comments to Emily.

So to Danny Wirtz…

Danny Wirtz is trying to make his mark on the organization that he will be running for the next 25-30 years. That is his right. It's a big, public-facing job, and he's going to have to learn on the fly while facing criticism. I think he's smart and a good guy. I think he wants to do the right thing. That's my gut read from having spent some time with him. I do think Stan has manipulated him going back to the bubble which is why I asked Danny when we interviewed him if he had sought advice from other people in hockey outside the organization. I think if he had then he would've been told to be careful with Stan. Changes need to be made. Stan has been here for over a decade. If he doesn't recognize his mistakes, of which there are many, then the change has to start with him and it has to be done by Danny.

I don't know much much Colliton and Bowman make, but if you make a move for a fans we will come back to the building. I will personally eat my weight in $9 stadium hot dogs if the leadership and direction of the organization changes. We want to come back. We want to have the UC rocking again. We need a move of good faith in return. I'd guess that combined Stan and Jeremy make under $10M (at least they should). If those two are gone the team will be better and fans will feel like they matter. They will want to support the organization. We will buy merch, beer, dogs, pay for parking, and make up the money. Hell, I bet we could raise the money in a go-fund-me to get rid of Stan at this point. Long term, you are better off financially by getting the fans on your side now.