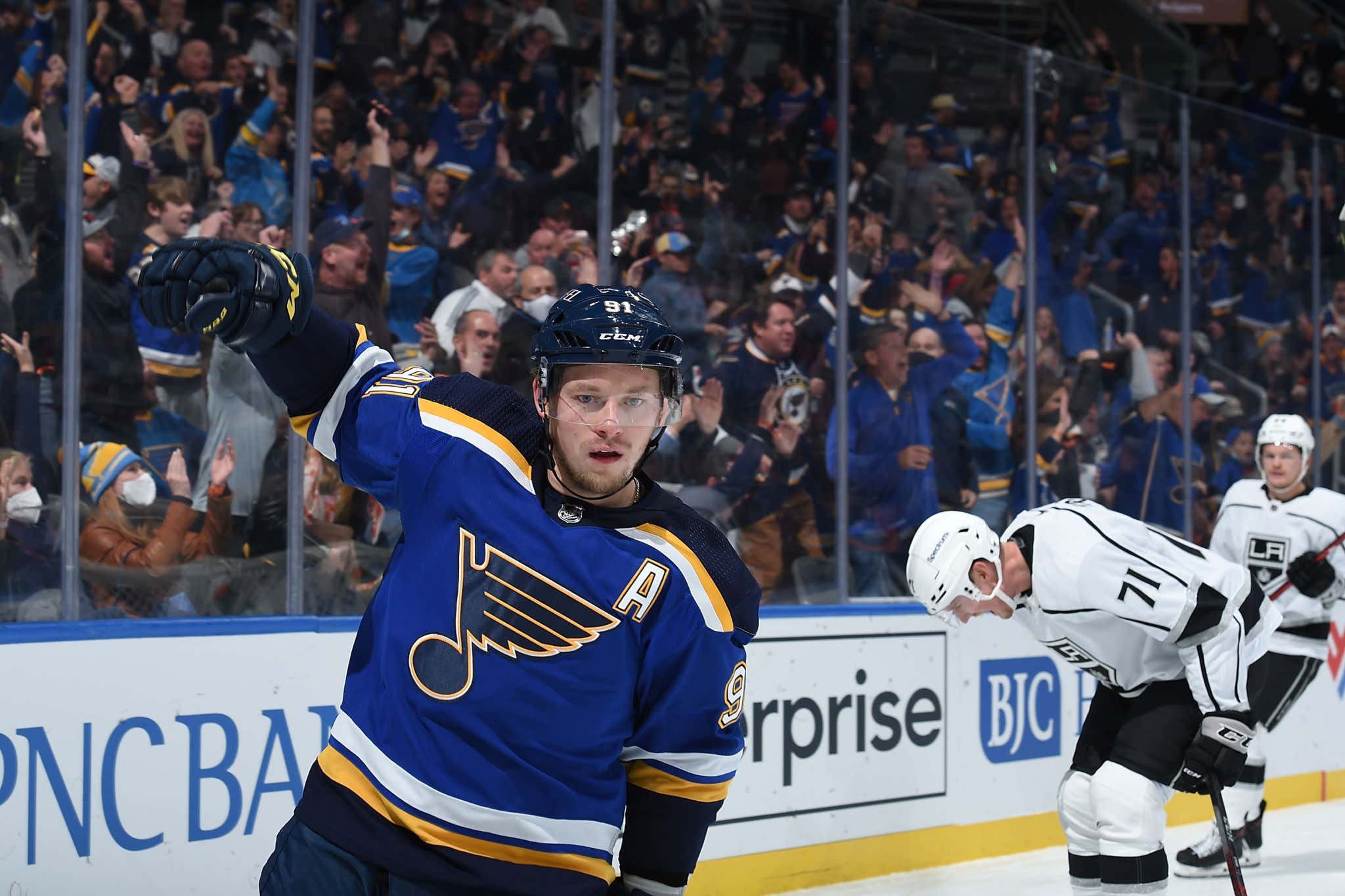 There are two ways to go about a trade request in professional sports. You could take the Ben Simmons approach where you just act like a pouty little child and hope that you throw enough temper tantrums that the team just gets so sick of you that they can't wait to trade you away.

Or you can take the Vladimir Tarasenko approach. Where you want out of your current situation and you know the best way to make that happen is to be an absolute terror out there on the ice.

That goal right there was a direct call to the other 31 teams in the league that it's time to fork up for tickets to the Tarasenkshow. Or, at the very least, the 10 teams on his trade list.

Obviously the past 2 seasons have been pretty rough for Tarasenko. He's only been able to play in 34 games since winning the Cup in 2019. 10 games in 2019-20, 24 games in 20-21. 7 goals and 24 points in those 34 games. It's not exactly SHOCKING to see that a team didn't immediately jump at the chance to pay a premium price for Tarasenko this summer when he requested a trade out of St. Louis.

But now that he only has 2 more years left on his contract including this season ($7.5M AAV--$9.5M this year and $5.5M next year) and he's back to scoring goals like this?

Goodness gracious. It's only a matter of time before someone bites the bullet and pays the ransom to add this weapon to their lineup. JvR, a prospect and a 1st round pick from Philly. Do the trade, Chuck. Do the trade.