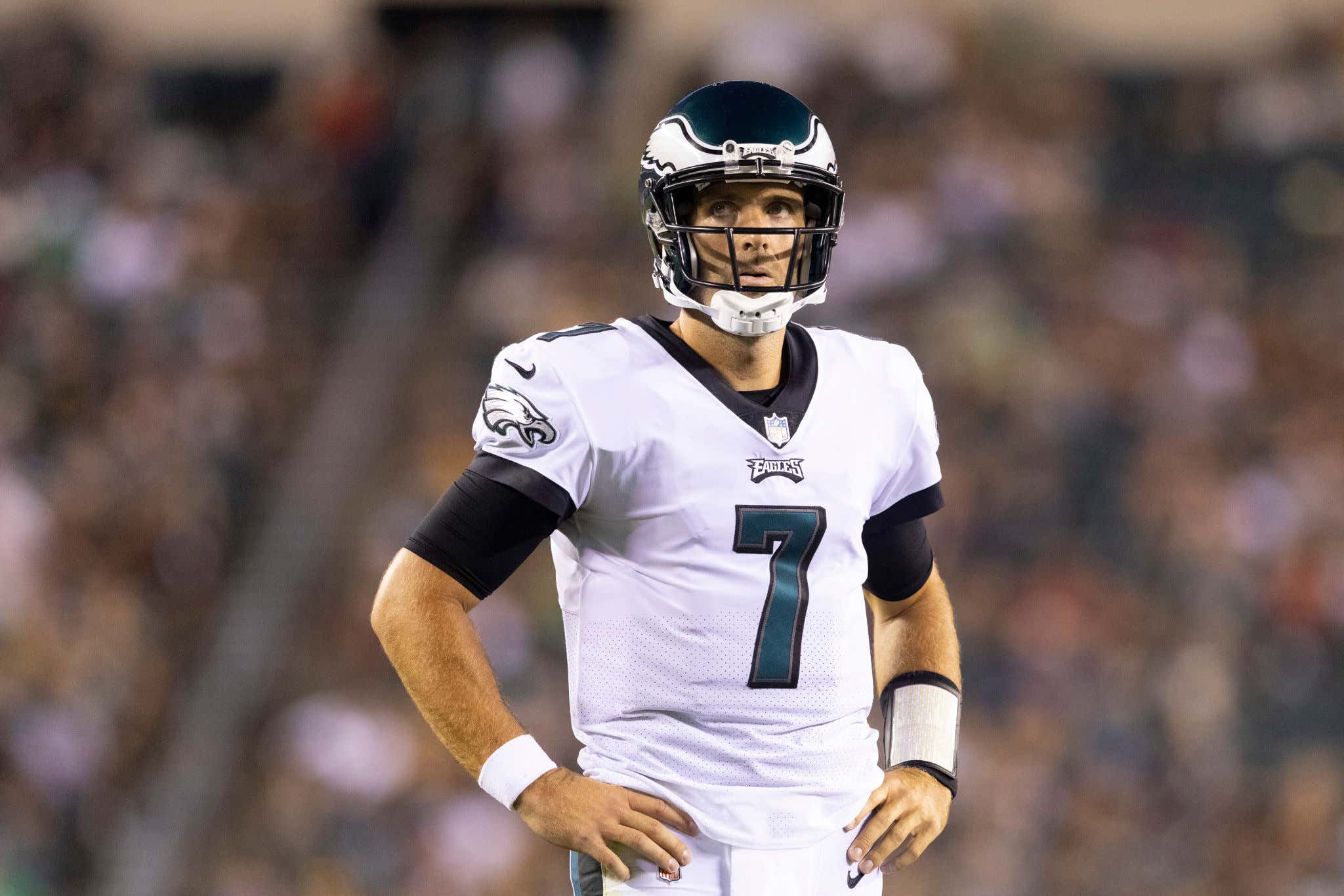 When Vince Papale made the Eagles roster in 1976, Hollywood made a movie about him. The hometown kid playing for the Birds. A story so damn good that they got Marky Mark to play him on the big screen.

45 years later and it was Joe Flacco's turn. Sure, he wasn't just some kid from West Chester who was working at a bar before throwing on an Eagles jersey. But a hometown guy nevertheless. Grew up rooting for the Birds and finally had the chance to play or the home crowd at Lincoln Financial Field. And we'll never forget his time here where he put up…

Well shit…turns out he didn't actually play in any regular season games. So technically he never played for the Eagles. And now he's heading back to the Jets.

Joe Flacco. Frank Gore. Just a couple of Philadelphia Eagles legends. A couple of guys who will have their numbers hanging in the rafters at the Linc in due time. Joe Flacco had that preseason TD pass to Quez Watkins. Frank Gore had like 35 minutes on Twitter. Two of the greatest moments in Eagles history, and ones that I'll certainly never forget as an Eagles fan.

But in true Joe Flacco fashion, he isn't leaving us high and dry. His parting gift to the Birds and to Eagles fans everywhere is that now we are gifted yet another QB controversy.

Doesn't matter how many wins or how many losses end up in the final record. It just wouldn't be an Eagles season if it wasn't completely derailed by QB controversy. You throw the ball more than 6 times in this city and Howie Roseman is already trying to find the next guy to replace you. So congrats to Jalen Hurts who somehow managed to go 7 games before this move. They must have really loved him, but now the time is up. Now it's only another dreadful half or two before it's officially Minshewmania in Philly. Which will last for maybe 4 or 5 games until he gets replaced, too. Holy fuck I hate it here.

But thanks for the memories (memory?), Joe Flacco. We'll uhhh…we'll remember the good times I guess? I don't know. Hope you at least got a jersey to hang up in your basement.