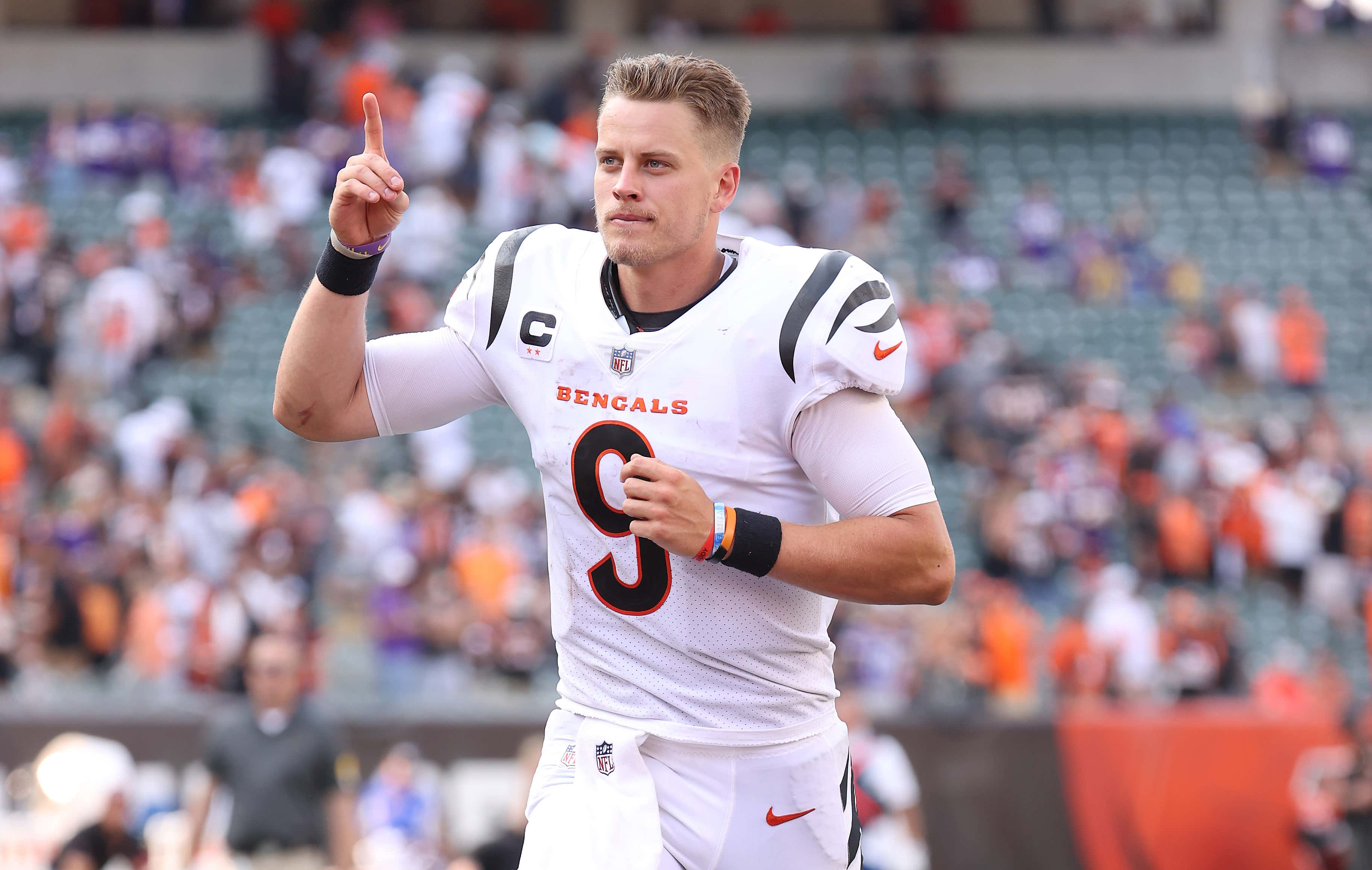 I was wrong. Dead wrong. I took Baltimore to steamroll Cincinnati yesterday. I had Joe Burrow as my sit of the week and he ended the week as fantasy’s QB1. Even early in the game vs. the Ravens, where Burrow started 4/10, it was a wildly impressive 4/10. His Offensive Line couldn’t protect him and the Ravens pass rush was just teeing off on him. But late in the 2nd quarter things started to change and 2020’s #1 overall pick took charge and stood out. A lot has been made of Justin Herbert’s emergence this year, Kyler Murray is one of the front runners for league MVP, and Lamar Jackson is already a league MVP. It got me thinking, if you could look at the landscape of the NFL and pick one QB who is still on his rookie deal that has yet to sign a second contract to start a franchise with – who would you take?

If everything is equal contract wise and you’re drafting them to your expansion franchise with their current age, wear & tear, upside, measurables, traits etc. all in play, who are you taking??

Laser arm with incredible strength and accuracy. Very mobile and has the frame to withstand some big hits, and dish some out too.

He just has ‘it’. He’s a sneaky good athlete, nowhere close to #3 on this list, but his accuracy, decision making, and leadership put him high on this list. He’s turning the Bengals into a legit contender.

The top three is very tough to parse. Murray is one of the best athletes in the world and you see that show up every Sunday. But it’s his poise in the pocket and ability to escape the rush that has his stock so high.

He’s the prototype and could be challenging Herbert by this time next year. We haven’t seen a huge sample size and I know the Jags only have one win, but he’s showing some promise that made him the top overall pick in this year’s Draft.

The only one on the list with an MVP award already, he’s must-see TV every week. This ranking is by no means a slight on him as he’s a fantastic talent and one of the most exciting players in Football. I would be a little concerned if starting a franchise about his size and the amount of hits he does take. You see Kyler Murray, former baseball standout having mastered the slide and not taking many shots. You see the opposite from Lamar Jackson as he’s getting hit a lot during an NFL game. If he can keep his jersey clean more regularly, I’d have more faith about starting a franchise with him, but his wear & tear already with his frame size would land him just below the others for me. But let me be clear, I LOVE Lamar.

After that top five, it gets a little hairy and you could parse things however you see fit. Baker Mayfield is the most known commodity due to experience, but his ceiling is arguably the lowest in this group. Sam Darnold just got yanked for PJ Walker, but is still young and has showed promise with talent around him. Daniel Jones has the measurables you’d like, but can he put it all together and speed up his internal clock? Tua is the biggest unknown with more than a year of experience as he’s just been hampered by injuries. What we have seen hasn’t been overly impressive though. Zach Wilson has shown flashes, but the Jets don’t seem to have a good plan for ramping him up and hopefully he doesn’t pick up too many bad habits. Trey Lance may be the most physically gifted, but his accuracy has been shaky at best so far. Justin Fields has to get through his progressions faster, but we still haven’t seen enough. Mac Jones has been impressive early on, but the sample size is small and he’s athletically deficient compared to everyone else on this list.

How would you rank them and who would you pick? Sound off in the comments below.

While you're here, check out our fantasy football show. We reveal our mid-season positional rankings and tell you who you need to pick up in advance of waivers tonight!