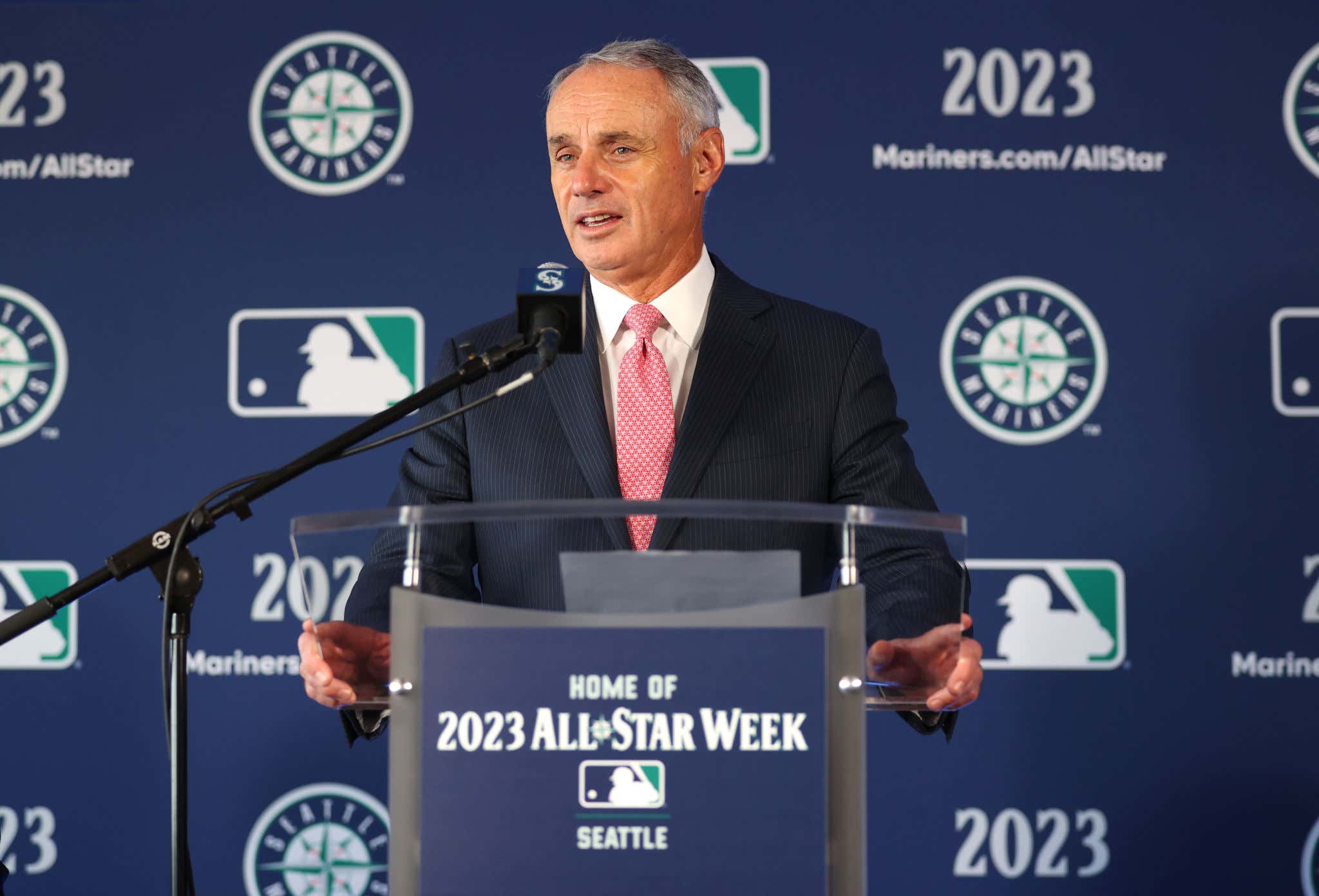 Negotiations have been taking place since last spring, and each side thinks the other has not made proposals that will lead toward an agreement replacing the five-year contract that expires at 11:59 p.m. ET on Dec. 1.

If you follow baseball then realize there's no better time to announce a potential work stoppage than right before the World Series begins. The final best of seven series to crown the sport's champion? Eh, let's focus on how after that's over we're going to fight over money and how it's to be shared for years to come. That's what the fans really want, hell yeah!! I hope you enjoyed baseball this year because we're a little over a month away from Rob Manfred cementing his atrocity of a legacy as the commissioner of baseball. It seems like nothing can be done to get the union and the owners to come to some kind of agreement before the deadline on December 2nd.

So what's that mean? You thought the free agent periods of the last few seasons were long? Just wait until this one. We're looking at a freeze in the free agent market where no one will be able to sign until this shit storm gets figured out. That means guys like Carlos Correa, Corey Seager, Freddie Freeman, Anthony Rizzo, and Max Scherzer won't know where they are headed until maybe as late as March. God help us if it's somehow later than that.

So much needs to be sorted out with the major issue being how league's revenue will be shared between the owners and the players' union under the new CBA. There are also plenty of issues within that like how long it takes players to reach free agency. The current plan where a player needs six years of big league service to reach the open market has to go. Guys are either taking huge long term pay-cuts and costing themselves tens of millions of dollars (Acuña, Albies, etc.) or they're holding out and getting severely underpaid until their time comes.

Take a guy like Vladdy Guerrero Jr. for instance. He made $600,000 in 2021 and is due around $8 million in 2022 under his year 1 arb status. This behemoth is going to finish 2nd in MVP voting behind Ohtani and he's gonna make less than Jackie Bradley Jr. does next season. 48 homers, 111 RBIs, and a triple slash of .311/.401/.601 and that gets him less than $10 million. Sure the Blue Jays could give him a huge contract extension, but why would they? Toronto is under no pressure to do so as he's not due to become a free agent until 2026. In order to get his big pay day he'll have to stay healthy and keep this pace up for four more seasons. Certainly possible given his talents, but you never know what happens. Aaron Judge made $10 million last year and is entering his final year of team control with the Yankees. In any other major sport a player of Judge's star power would have gotten his big deal already, but the Yankees have been under no pressure to even think about that move until the offseason we're about to enter. That's just how it goes with baseball and players are looking for a major change.

With this also comes service time manipulation which happens within every single organization. High end prospects will get dicked around when they are clearly ready to come up just so their clock doesn't start and the team can control for them longer. Teams will prioritize a player's service clock over the immediate help that player can provide to the big league squad. Most owners care about their bottom line and nothing else. They'll tank and refuse to spend moneyThere are outliers, but not enough. There are too many Bob Nuttings out there and it has to stop.

Is a salary floor the answer? What about an international draft? What will the new luxury tax thresholds be when the dust has settled? Will arbitration still be a thing? These are several questions among many that need to be answered in a little over a month's time. If we don't get a deal then we're looking at the first work stoppage in the sport since 1994.